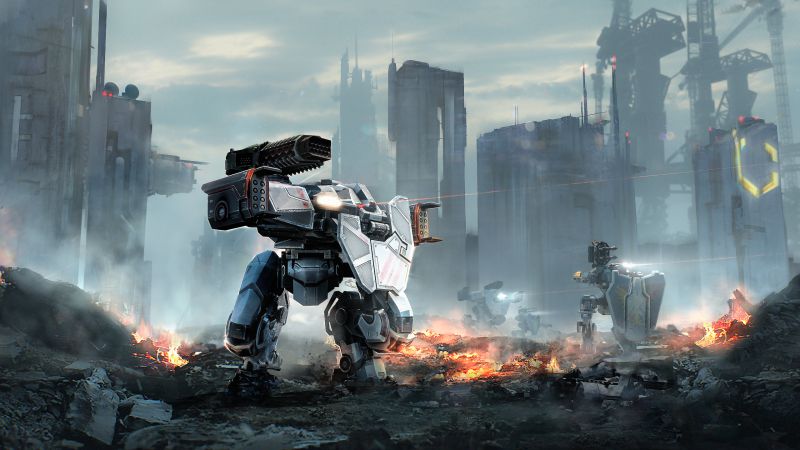 War Robots is an internet-based multiplayer battle game formulated by Pixonic, in which players pilot gigantic robots (Mechs) either in 6 on 6, or 6 player free-for-all matches, that can last up to 10 minutes, on arbitrary comprehensive layouts having to compete for either beacon control or utter annihilation of the foe.

It really is a third-person shooter with real-time PvP fights in Multiplayer Online Battle Arena (MOBA) type. Players handle BattleTech-like automatons on a live battleground. They have either the alternative to play solo or as a squad with other players.

Players seem to be really hyped up about the game as the new update is right around the corner. This article will talk about it a bit more, so let’s get into it without further ado.

Update 7.0 of War Roots got a huge influx of new items and unlockable content like the New Robot – Orochi, fresh weapons for the arsenal, even new paint jobs for existing robots. The update also brought along with it new maps like the Abyss, and also a new titan named – Sharanga.

Similarly, players can expect Update 7.1 of War Robots to be coming around soon enough. And just like the previous update, the upcoming 7.1 edition will be bringing along with it a boatload of items like new drones – Parsephone, Paralysis, each with their unique abilities.

The players will also be getting a shark-based Orochi which is a limited-edition item and is quite exclusive. So, there are a lot of things to be on the lookout for in the upcoming update.

That being said, the game takes at least a month to roll out the following update after the current one. So, update 7.1 of War Robots is most likely to be launched and made official within the next 30 days.

Players have been complaining and asking a lot of questions about the maps in War Robots. Some of the maps have been removed from the game. Now, some of the removed maps were fan favorites, so there have been some reports against that move. However, update 7.1 will be bringing along with it a solution to this problem.

The new 7.1 version will be getting the much-anticipated delivery system, allowing players to download War Robots in parts. This way, players can access all the old maps too. Once 7.1 is up and running we can also expect to see this feature along with it too.