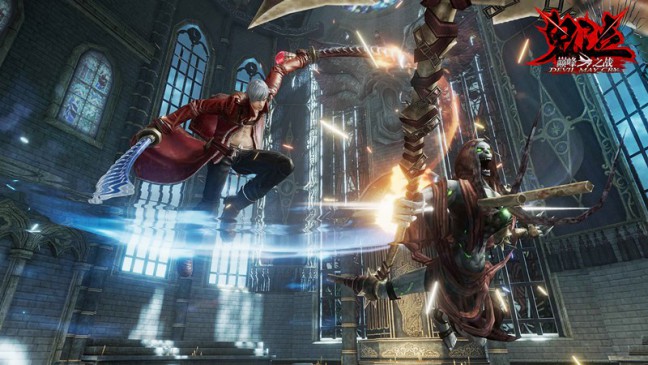 Devil May Cry Mobile Game is jointly developed by Yun Chang Game Development and the CAPCOM Devil May Cry Official Team. The game inherits the combination of Devil May Cry’s freedom and flexibility, both skills and strategy, gorgeous and unrestrained fighting style, and also uses the industry-leading motion capture technology to bring players an immersive combo experience that perfectly reproduces the thread.

Yun Chang Games have confirmed to have been working on Devil May Cry Mobile for the past several months. Preliminary elements like character models, game levels, and a few other basic features were added before the end of 2019. As of March 2020, they were yet to add new content such as additional levels, characters, weapons, etc. They released the Beta version of the mobile game back in August 2020. The beta was only officially available for the Chinese audience.

The Devil May Cry Pinnacle of Combat mobile game was initially announced a whopping four years ago in 2017, and recently some new developments have taken place and more news is available for the fans.

According to video game industry analyst Daniel Ahmad, Devil May Cry Pinnacle of Combat will launch in China on June 11, 2021. Pre-registrations of the iOS version of the game have opened and the mobile game is also set to have a final test next month.

However, there is currently no news yet regarding the date of the launch of the game outside of China. Powered by Unity 3D, it will feature a unique combat system tailored for mobile devices, as well as feature online modes like team battles and real-time PVP. It was originally slated to launch sometime in 2020 but since then has been delayed. There are speculations that this delay has occurred in relevance to the inclusion of new features in the mobile game and also to make the gaming experience an enjoyable one by providing computer-like graphics and game modes.