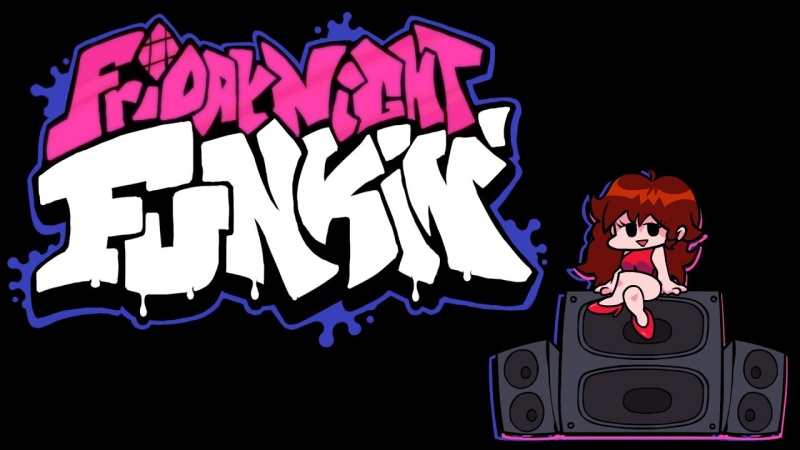 Friday Night Funkin is a rhythm-based indie game in which you participate as a Boyfriend attempting to charm his Girlfriend’s ex-rock star father and mother in a rhythm war.

In Friday Night Funkin’, you compete in a rhythm war versus your gorgeous lover’s mom and dad. Apparently, The Father and The Mother resemble vintage rock icons, and they are excellent musicians.

The identities of the players in the story are, by the way, The Father, The Mother, The Girlfriend, and The Boyfriend.

You must hit the arrow keys in sync with the song’s beat. Just at foot of the display, you could also monitor your progress in relation to your adversary.

As you go through the game, the music’s pace increases quicker, and the game grows considerably more challenging.

Friday Night Funkin’ does not support online multiplayer. It is a single-player game, however, you may play FNF with a buddy as a two-player. There is an additional version of the game which allows you to enjoy multiplayer.

How To play Friday Night Funkin on Chromebook

One could also enjoy Friday Night Funkin in their browser without downloading it.

As one could see, downloading and playing FNF on Windows, macOS, and Linux devices is simple.

Regrettably, downloading and playing Friday Night Funkin on Chromebook is not as simple as it is on these devices.

To install FNF Chromebook, you must first complete a few procedures.

Ensure you get the Linux programme on your Chromebook prior to actually beginning the Friday Night Funkin Chromebook Download instructions.

Otherwise, you won’t be able to complete any of the Friday Night Funkin Chromebook Download steps.

FNF Windows 32 Bit edition to be downloaded first; else, FNF would not run on your Chromebook.

One must acquire “funkin-windows-32bit.zip” from the itch.IO link underneath the headline Friday Night Funkin Download.

Step 2: Launch Terminal on your Chromebook

After downloading “funkin-windows-32bit.zip” to your Chromebook, users must transfer it to the location of the Linux file.

Following that, you may access the Terminal from the Menu by putting “Terminal” into the search box.

After you’ve launched the Terminal, you may begin copying and pasting the following commands into it.

Following entering every command into the Terminal, press Enter.

Just after the third instruction, it will prompt you whether you wish to proceed; hit “y” to continue installing.

After running the fourth command, you’ll notice a pop-up on your computer asking you to select an operating system, and you must select Windows 10.

The fifth command unpacks the downloaded “funkin-windows-32bit.zip,” and the sixth line launches Friday Night Funkin on your Chromebook.

How to play FNF mods on Chromebook

A slew of new websites now provides FnF online modifications that don’t need downloading before use.

All you have to do is visit the website in your browser, choose the mod of your choice, and then press the ‘Play’ button. The game will start on your browser and you will be able to play the game with the mod loaded.

1. How to play FNF on Chromebook

FNF is currently available across a wide variety of platforms. However, players need to perform a series of tasks before they can enjoy FNF on their Chromebooks.

They first need to download the correct version of the FNF game from the website. Once they have done that, they need to open up their google Chromebook terminal and enter a certain set of codes which can be found in the dedicated section above.

2. Is Friday Night Funkin available for free on PC?

Ninjamuffin, the FNF’s creator, has published the game on itch.io. Much like most games, Friday Night Funkin is a free game, too. As a result, you may download and play the game for free.

3. Where To Play Friday Night Funkin?

Among the most often requested questions is where people could play FNF on PC. Friday Night Funkin may be downloaded from itch.io, the greatest indie gaming site.

On the Friday Night Funkin page on itch.io, you may also enjoy FNF in your browsers sans downloading the game.

4. Will There Be Friday Night Funkin’ On Console?

There has been no word as to if Friday Night Funkin would be launched on the console. Nevertheless, if there is a fresh statement about this issue, we would notify you.

5. Is it possible to listen to Friday Night Funkin’ Songs on Spotify?

We said in previous FNF articles that the songs from Friday Night Funkin are the key cause for the game’s success. Many individuals who have played the FNF have said on Reddit that they like the game’s music.

The fact is that KawaiSprite, the author of all the FNF tracks, did an excellent job with them.

Also, Kawai Sprite anticipated that the songs in FNF would be so successful that he compiled them all into one album and distributed them on internet music channels.