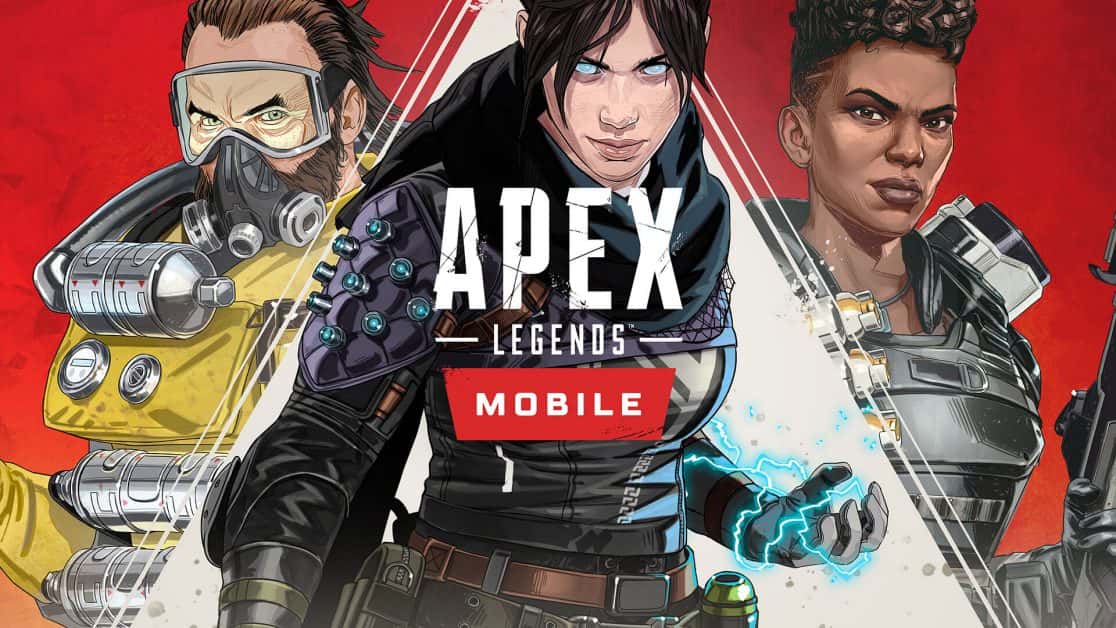 To break the enemy shield in Apex Legends Mobile, the player can make use of weapons like the snipers which deal a lot of damage. Players can also break the white shield of enemies after they have been downed in the game.

The mobile version of Apex Legends may support up to 60 participants in a specific region, having legends dispersed across the entire map.

Apex Legends, much like other Battle Royale games, features a ring that steadily shrinks as more time goes by.

Apex Legends mobile is indeed the portable version of the very same videogame that could be played on personal computers and gaming consoles at this time. The game does actually offer some fresh features to the table in comparison to the PC version of the game, despite the fact that the fundamental gameplay and legend skills stay the very same.

Overall gameplay, in fact, is receiving a slight improvement, and a few more elements that are exclusive to mobile are being introduced.

The mobile version of Apex Legends has indeed been made available all over the world for players to play, and it is not difficult to obtain the application. Simply navigate towards the Android and iOS app stores and look up the game using its official description.

The mobile version of Apex Legends is now ready for download on Android as well as iOS devices around the world.

In addition, playing Apex Legends on any mobile device is not nearly as resource intensive as you might think it would be.

Whereas the functionality of Apex Legends Mobile is similar to that of the PC as well as console editions, it also features some unique twists.

In this area, teams of up to sixty players will drop in on the map, where they will then construct the necessary weapon heavy load before engaging in combat.

On Apex Mobile, users have the opportunity to select a legend from among a number of different options, as was just mentioned.

Because each character would have their own set of special skills, you would have a wide variety of options to choose from.

How to break the enemy shield in Apex Legends Mobile

To break the enemy shield, a player can use the Kraber sniper to break through the shield of the highest tier and shoot someone with full health if the player makes a headshot.

Players can also make use of crypto’s drone, which is capable of picking up a teammate’s banner, further, it can even scan it and further destroy the shields, traps, and enemies as well.

Players have complete freedom in selecting the weapon people want to use. Additionally, you have the ability to switch out both your weapon as well as your legends at the beginning of each new game.

After you have stopped receiving damage, your shields would be repaired without any action required on your part because they would be done for you immediately.

Now, we are guessing that most of the players out there are wondering how to complete the daily mission which asks you to break the enemy’s shields.

Well, after you have knocked down an enemy, do not go over to them and deliver the finisher. Rather wait for them to activate the knocked-down shield.

Once they have done that instead of shooting at the body, shoot the shield to break it and get the mission complete.

The role of shields in Apex legends mobile

A legend’s shield acts as a buffer, taking in the injury before the legend’s health begins to deplete. The use of a Body Shield results in the acquisition of shields.

Body Shield is an item that can either offer the player a permanent Evo Shield or anything from two to four health bars, based on its frequency.

The Evo Shield can grant anywhere from two to five bars (based on the scale of the Evo), and each bar can absorb 25 points of harm.

Shields don’t really replenish on their own, however, they could be restored by utilizing items that restore shields or through wearing a shield that has not been destroyed, whether it be a body shield or perhaps an Evo shield.

In addition, Finishers that are successfully performed will entirely refill their shield health whenever they are used. Your health would take a hit from their shields because they do not mitigate the damage dealt by the Ring or by Caustic’s Nox Gas.

Types of shields one can utilize in Apex legends mobile

There in the mobile version of Apex Legends, there really are essentially two distinct varieties of Body Shields.

The first shield would be the Normal Shield, and the second shield is the Evo Shield. If you were curious well about Blue, Purple, and Golden shields, we are here to tell you that they are simply rare variations of other shields.

This indicates that the effectiveness of a shield in warding off the enemy fire is directly proportional to the uniqueness of such shield in question, regardless of whether it is of something like the normal or Evo variety.

The Evo Shield, in contrast to the Normal Shield, is a piece of Armor that not only stimulates battle but also makes it far more exciting.

As you go throughout a game, the Evo Shield will gain new levels. To advance to the next level, players need to surpass a certain damage threshold, which is determined by the amount of damage they have caused throughout the game.

You start off with an armor of level 0 that can be upgraded with just 50 damage dealt with it.

This would not take into account injuries sustained by opponents who have been knocked down, as well as when you level up their shield, you will require to utilize shield cells or batteries to power up their shield levels because the higher tiers arrive empty and are not completely replenished.

On the opposite hand, Normal Shields do not have the capability to level up to greater shields as you progress through the game.

If users equip themself with a Rare and Blue Normal Shield, it will maintain its color until the completion of the match, regardless of just how much destruction you deal during the course of the tournament.

Powerful characteristics are present, which is amongst the most significant aspects of it. There are important distinctions to be made between Evo Shields and Normal Shields, that is one aspect that sets them apart from other things.

To complete the Daily mission of having to break the enemy shield 2 times in Battle Royale, launch the battle royale of Apex Legends Mobile.

Gather some decent weapons that deal a lot of damage like the shotguns or the snipers. Once you have done that, hunt down your enemies and knock them down.

Once they are downed, destroy their shields which they act to protect themselves till their teammates come to rescue them.

Repeat this process twice and you will see that your mission is now complete.