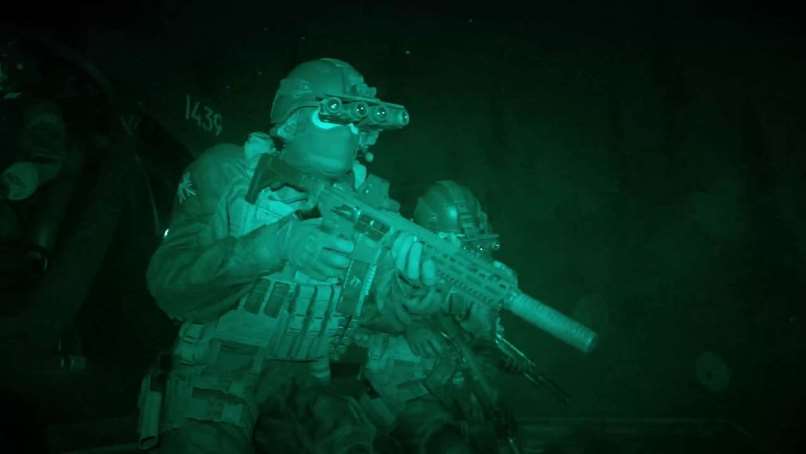 (September 16) – It has been around a fortnight since the latest season update of Call of Duty Mobile released, bringing in the brand new content update. This time, season 10, dropped new maps – Terminal and Pine, new multiplayer game-modes – Headquarters and Hardcore, and four new operators. Pretty interesting!

Season 11 is going to be the biggest ever update in Call of Duty Mobile. Activision has, kind of, confirmed officially that the upcoming seasonal update would be full of surprises. After all, the franchise will be celebrating the first anniversary of CODM, which was released back on October 1, 2019.

Well, it’s evident that the new update is not arriving on October 1. In our recent post, we mentioned the release date of CODM season 11 with some more details; check out the post here.

Talking about the upcoming content in the new season. It looks the Night Mode feature is in the works and will be releasing in next season. Recently, the social media account of Garena Call of Duty Mobile posted a video in which the background can be seen switched to dark mode or night mode. This gave a little indication about the upcoming night mode.

Fans have been asking if there is a Night Mode feature planned for the multiplayer maps too. Well, to be honest, there are no official details on the same. And Activision’s official reply to the comment does not confirm the arrival of Night Mode in MP mode.

Some theories suggest that the Night Mode feature in MP will be inspired by Modern Warfare’s Night Maps. Infinity Ward gathered a lot of appreciation from critics, especially for the Night Mode. The mode sports features like Night Vision goggles, tactical laser, for real-life graphics experience.

Well, Modern Warfare set a benchmark in FPS games, and Night Mode was another cherry on the cake. But, unfortunately, it pleased just a small portion of the MW players. The reasons were simple; the MW’s Night Mode was tough to play, as one needs to put more focus and attention in the mm. This is the reason why SBMM (Skill based matchmaking) is not popular among players, as it decreases the chance of having casual matchmaking with not-so-good-in-games friends.

To conclude this, we will only say that there are still chances that Activision may introduce night maps in CODM, but do not expect the Night Mode anything like that of Modern Warfare. Also, BR in CODM will surely get the features if the developers do not change their plans.

Below, you can check out the official teaser poster of the upcoming Season 12 seasonal update. The new season is named “Going Dark” is a very clear indication of the arrival of Night Mode. Rumors were true.

On top of this, the teaser video also confirmed the arrival of the new skin-variant of Captain Price and Ghost. CODM Garena posted different images of the upcoming character skins – VELIKAN MEGALITH and Urban Tracker – By the Night, in the new season 12.