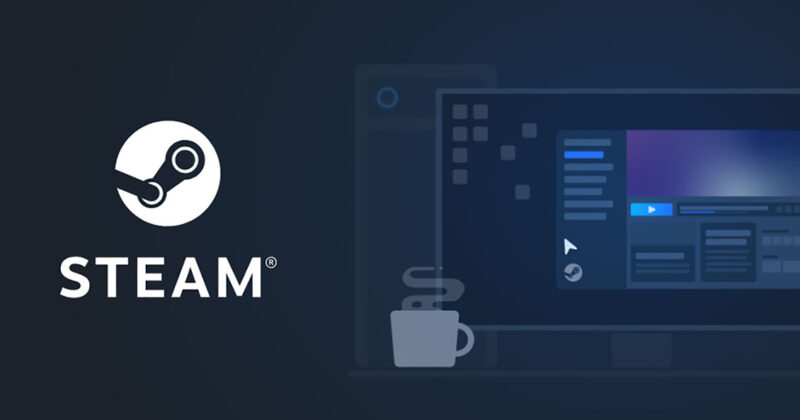 Steam was created by Valve Corporation to serve as a digital distribution platform for PC video games.

More than a million games (as well as downloadable content and “mods,” which are modifications developed by other users) are accessible on the platform, which includes titles from both major and small companies.

Furthermore, users will be able to save a large number of games in this way without having to worry about using up too much computer storage space.

Before you can use Steam, you must first install the Steam “engine” or application, which may be found here. Following that, you will have full access to the site’s games, apps, and discussion forums.

What does Steam 100 disk usage mean

If you’re at 100 percent disk usage in Windows 10, the problem might stem from Windows itself or a range of additional apps. When your hard disk is overloaded with updates, it might reach 100% usage, which can be dangerous.

Steam may potentially cause 100 percent disk usage in your device at times. The steam upgrades might result in excessive disk usage.

The good news is that they are easy to fix. If you want to learn how to fix Steam 100 disk usage, go on until the conclusion of this post.

Method 1: Scan your PC for malware

Examine your PC for viruses and malware infestations if you notice that your hard disk is always running at or near 100%.

As malware, viruses are one of the frequent causes of 100 percent disk usage in Windows 10.

You may use Microsoft’s default Windows Defender or can utilize your trustworthy antivirus application to check your machine for malware concerns.

A flaw in Windows 10 leads to a search loop that might increase the burden on the system drive leading to a 100 percent disk usage warning.

Launch elevated Command Prompt in Windows 10 to avoid this from occurring and to fix the disk completely.

Right-click on cmd and choose “Run as administrator” from the context menu that appears.

In addition to this, deactivate Windows Search or Indexing. To do so, press WIN+R > enter services.msc > hit Enter.

Here, search for Windows Search > double-click upon that. By pressing this key, you’ll bring up the Windows Search Properties dialog box. Hereunder Startup type click the down arrow and choose Stop.

Make sure Steam isn’t running in the background before continuing. Using the Windows 10 Task Manager, you can shut off Steam if it’s running.

Steam is capable of using all available disc usage.

To begin removing material, you’ll be presented with a popup box asking whether you want to proceed. Click OK to continue.

Note: Removing cache would have no impact on the games and saves.

Nevertheless, it has been discovered as a possible source of disk performance difficulties in Windows 8 and subsequent versions of Windows, including Windows 10. Here’s how to discontinue this service:

If the command preceding is not valid, check out the following one instead: net.exe stop sysmain

Pause for a few moments to see if your computer begins working better.

Alternatively, you may look at how much disk your machine is using: Look at the percentage at the top of the Disk column in the Task Manager window that appears when you type “task manager” into the Windows search box.

On your computer, click Windows key and X at the very same moment, then pick Command Prompt (Admin).

In order to run the disk scan the next time your computer restarts, press Enter and then type Y. Please make sure you have closed all of your apps first.

Resetting virtual memory is as simple as the following steps:

Hit the Windows key and the Pause/ Break key at the same time on your keyboard to exit the application.

Then select Advanced System Settings from the left-hand panel to complete the procedure.

Go over to the Advanced tab once more, and pick Change, under the Virtual memory section.

To avoid this, uncheck the option labeled “Automatically manage paging file size for all disks.”

To set the initial and maximum virtual memory windows, go to the disk where Windows is installed (often C:), and then enter the values you want:

Initial size – This figure fluctuates, depending on your computer. If you’re not sure what value to use, simply enter whatever the number is in the Recommended category.

Maximum size – Don’t fix this value excessively elevated. It should be 1.5 times as much as your system’s real RAM.

Clear all your computer’s ‘temp’ files. On your keyboard, press the Windows key and R at the same time, then in the Run box, type temp and push Enter.

This will activate Windows Explorer with your Temp folder open, displaying you all the temp files on your machine.

Verify the disk usage on your computer: Look at the percentage at the top of the Disk column in the Task Manager window that appears when you type “task manager” into the Windows search box. If it’s no longer 100 percent, you’ve solved the issue.