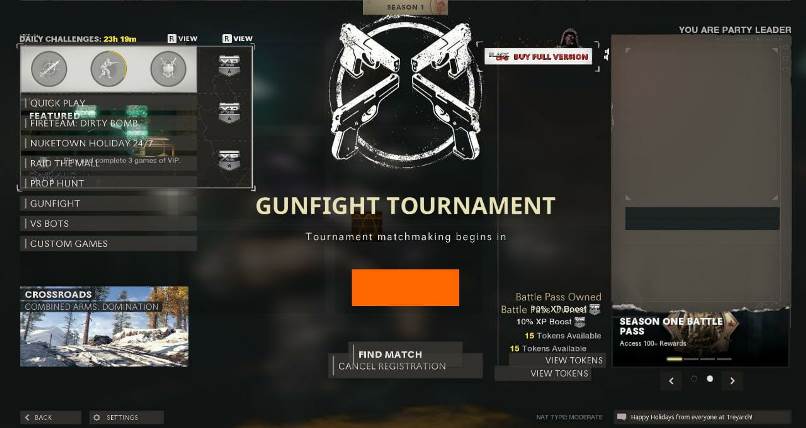 Just now, Call of Duty several users have been posting about an issue in Black Ops: Cold War. According to the users, they are continuously getting a UI Error 27711 on their system. Well, if you are getting the same issue, fret not you are not alone.

Several reports by the users on different social media have confirmed that the error appears on PC, Playstation as well as Xbox platforms.

Well, the error is nothing but a user-interface glitch. And due to this only, you might have seen a Gunfight Tournament logo on the main menu. Users are complaining that they are having issues in accessing the game normally for now.

Stay tuned for the latest developments.