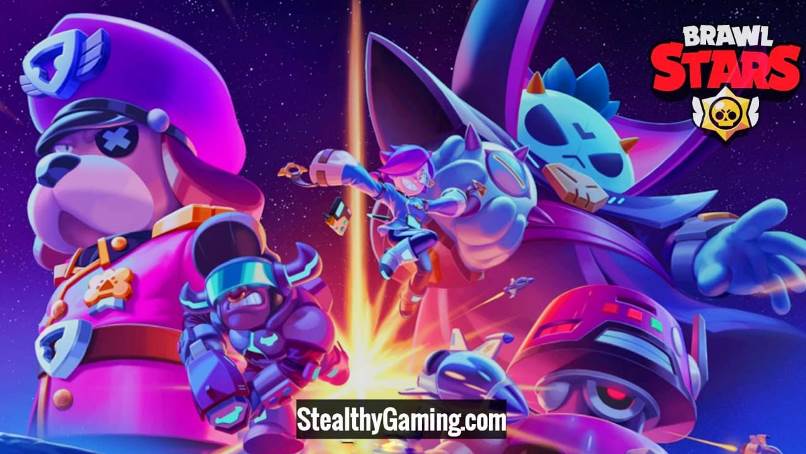 The new year brings Season 5  in Brawl Stars. It’s called Starr Force and has brought along with it a new Brawl Pass to the game.

Season 5 of Brawl Stars has brought for the players 8 new gadgets. Let’s get into them one by one. Upon Activation of this gadget, all enemies hiding in the bushes will take 100 damage and get slowed down for 3 seconds. The 100 Damage is dealt only once when the gadget is activated. This ability removes any active adverse effects on Poco or friendly brawlers in the radius and gives them immunity for one second. It can also make you immune to stuns. This ability can’t be activated whilst stunned.

Upon activation of this gadget, his next attack will pull the enemy towards frank. The pull strength is up to 3 tiles. However, this doesn’t work if Frank misses the first attack. It can be used to pull enemies away from the Brawl ball.

This ability allows Gene to shoot a homing missile at all visible enemies within a very large area. The missiles are guaranteed to hit their targets unless blocked by the wall. The damage dealt is inversely proportional to the distance traversed by the missile.  The missiles deal a minimum of 320 damage and a maximum of 800 damage.

When Nani activates this ability, the next time she takes damage, she only takes 20% of the original damage and the remaining 80% will be returned to the enemy. This gadget upon activation produces a glow around Nani.

Upon activation of this gadget, Tara summons 3 shadow clones that attack the enemies for her. However, they disappear after 6 seconds. The Shadows have exceptionally high speeds and are difficult to evade.

When Tick activates his new gadget, he becomes completely immune to damage for one second and then explodes dealing 1000 damage. The explosion also pushes enemies away from it.

These are some really cool gadgets which we cannot wait to get our hands-on. You guys should go ahead and try them out. Our guide should give you a fundamental understanding of what each gadget is for.