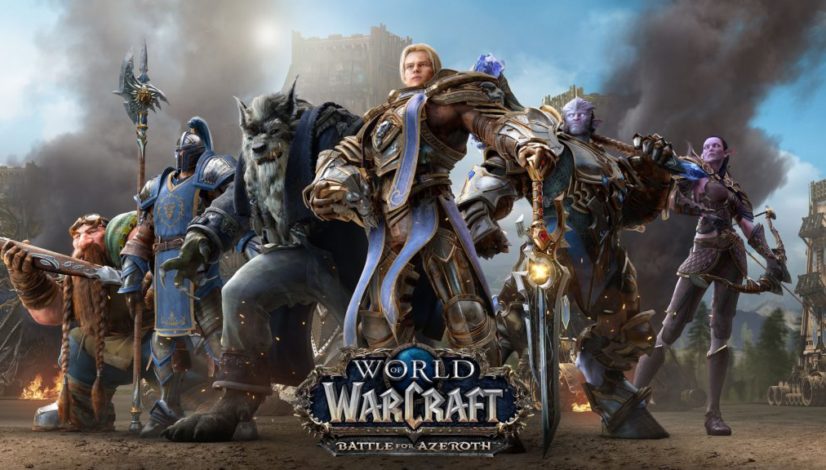 After 15 years, World of Warcraft is a popular, groundbreaking MMO that continues to enthrall players around the clock.

Although there are many excellent MMOs out there, World of Warcraft stands out for its ability to provide a wide range of activities and large-scale expansions that take risks.

After so many years of change and history, even lapsed players may be apprehensive about returning to World of Warcraft.

Fortunately, things have become a lot easier in recent years. Our World of Warcraft beginner’s guide is here to help you get started, whether you’re using Classic or Retail.

When you first start playing World of Warcraft, there is a lot to think about, but not everything needs to be done exactly the first time.

In World of Warcraft, the trip is more essential than the destination; it’s the experience that counts. Many people will return to it for many years to come if they are really taken by it. Self-compassion is key.

The October 2020 WoW: Shadowlands pre-patch included significant changes to character leveling, making it easier and more enjoyable for novice players to go through the game. Blizzard claims that the time it takes to reach maximum will be reduced by 30%.

In this article, we will be talking about the not enough memory error which users have been facing in World of Warcraft.

Stick to the end of the article to know how to fix this issue and get on with your gameplay experience.

As numerous processes run or your apps use a lot of memory, the “Your Computer is running out of memory” problem is more likely to occur.

Adding a new disk partition may be difficult because your computer’s extended partition is limited, or because the RAM isn’t being utilized appropriately.

A lack of physical RAM on your computer, or the use of your machine’s physical RAM by other apps, is the most likely cause of this issue.

When it comes to RAM, it doesn’t matter how much ram your computer has; you may still be running low. Just running 10 Google Chrome tabs will use 8GB of memory.

Also, if you have applications like Spotify, Netflix, and other media apps running in the background, they will use up a lot of RAM.

However, if all of your game launchers, such as Origin, Steam, and Rockstar launcher are operating in the background, even then 50% of your RAM will be allotted to these apps.

The best approach to repair this problem is to restart the PC you’re using to play World of Warcraft.

It’s a good idea to give this a go before doing any further digging and debugging, since it just could work.

In particular, if your gadget has been operating for a long time, you should try this approach.

It is likely that the error message is due to the game being poorly configured. In terms of graphics and weight, War of Warcraft is a massive undertaking.

So be sure your machine meets the minimal requirements for the game to operate smoothly.

Method 3: Turn off any running programs in the background

When attempting to start and play World of Warcraft, it is highly suggested that you turn off as many background programs as possible.

At times they use more memory than you’d expect and are the root cause of this problem.

Assuming that your RAM is sufficient for WoW, yet the issue persists, background apps are most likely to blame.

VPNs, Proxies, and other similar programs are the ones to keep an eye out for.

If you have them activated while playing World of Warcraft, they might create issues like the one you’re presently experiencing.

For the time being, deactivate them and ensure that they are no longer functioning in the background. Try to launch WoW again and check if it works this time.

Stopping background apps may be done as follows:

There may be a memory leak if the error message continues to pop up even though there are no other apps operating in the background.

These unexpectedly use up a large amount of RAM and even fill it up fully on occasion.

Just open up the task manager and examine which process abruptly eats up too much RAM at once when the game is running.

You should be able to quickly identify and eliminate the problem using this information.

A corrupted file may be to blame if the game crashes and you get the “not enough memory” notice while playing while in one of the realms.

These are interfering with your memory, resulting in this difficulty. It’s a simple problem to solve.

Restarting World of Warcraft after a UI reset is all that’s required. The error should no longer be shown.

The following are the steps to resetting the UI:

To play World of Warcraft smoothly on a low-end PC, you’ll have to put up with a lot. Blizzard’s official notes state that the in-game System menu’s View Distance setting may be reduced to address the problem.

By doing this, you may save RAM and lessen the strain on your computer’s resources.

In order to change the display settings for World of Warcraft, follow these steps:

If you are currently using a 32-bit version of Windows, please upgrade to a 64-bit version.

You’ll have significantly more RAM available to you, and the issue should be addressed permanently.

Installing a 64-bit operating system is as simple as the procedures listed below:

1. How do I make WoW use less memory?

It’s possible to lower your game’s settings, which will free up a significant amount of RAM. Disabling add-ons will also save you memory.

It’s a good idea to turn off the shadows. There shouldn’t be any sun-shafts in use at all! Decrease the level of water realism.

Not to be used: Anti-Aliasing software. Reducing the quantity of clutter and ground detail to a maximum of 1.

Five meters is the recommended setting for the view distance. Set the projected textures and particle density to their highest possible levels.

To a significant degree, the rest may be turned off. If a sliding scale is necessary for resolution, go ahead and use it.

This is a big decrease in performance with minor loss of detail if you put it at, say, 90 percent.