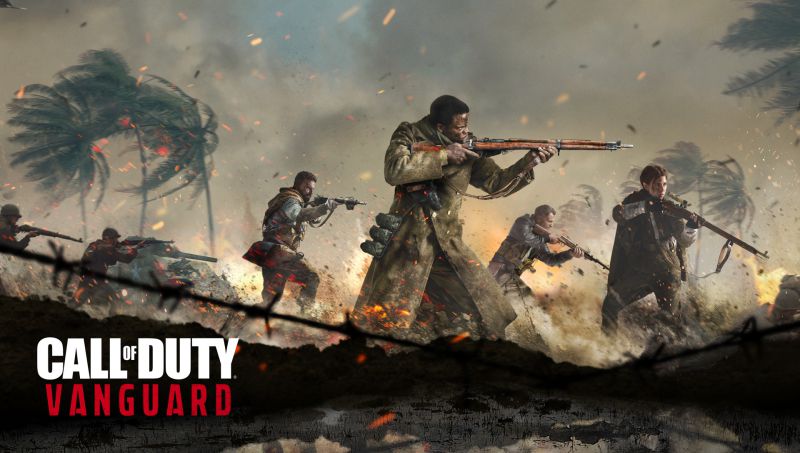 Players can get slide kills in COD Vanguard by sliding first and getting kills during the sliding animation and not at the end of the animation.

Players of Call of Duty: Vanguard need to have a significant amount of control over their sliding and shooting skills in order to earn slide kills.

Since its release over a month ago, the third season of Call of Duty: Vanguard and Call of Duty: Warzone Pacific has been available to players.

The new weapon and operator that has been typical with each new season is one of the items that will be included in this season. Some players are engaged in this, despite the fact that many gamers may see this as routine stuff that needs to be supplied.

Even if the addition of a few new weapons will not cause the majority of players to alter their play style, certain players may see this as a chance to shake things up in their gameplay.

The new weapon that will be available when you complete this mission is the H4 Blixen SMG. However, in order to use this weapon, it must first be unlocked, much like the vast majority of the other weapons that are available in Call of Duty: Warzone Pacific and Call of Duty: Vanguard.

Why do players need to get these slide kills?

After applying the update, players may begin the process of unlocking the H4 Blixen after they have participated in their first game since the update was installed. Players of Call of Duty: Warzone and Call of Duty: Vanguard needs to get three slide kills throughout a match a total of fifteen times in order to unlock the H4 Blixen.

Players that are skilled with shotguns and submachine guns will find this challenge to their liking.

It makes perfect sense to let the player engage in close quarters combat with an adversary in order to acquire a submachine gun (SMG), given that these weapons perform best at close to medium ranges.

On the other hand, this can prove to be challenging for players who aren’t very comfortable with the Shotgun or the SMG kinds of weaponry.

Due to a large number of different game modes available in both Call of Duty: Warzone and Vanguard, fulfilling this criterion will be simpler in certain game types than in others.

It is also important to note that fulfilling the condition does not need the player to achieve a total of 45 kills with the slide mechanic. They must complete fifteen distinct games and get at least three slide kills in each of those games.

To begin, players will need to hone their sliding and shooting skills in order to achieve the goal of achieving three slide kills in a single battle.

Before really trying to complete the task to unlock the new weapon, we would suggest that players go to training and get this motion trained first and have a lay of the land first. This is because we would want players to be as prepared as possible.

As soon as you have mastered how to accurately fire at foes while the animation is sliding, you are ready to go on to the next step of the assignment and begin finishing it.

We are asking you to do this because some users have reported that if you shoot during the end of the sliding animation, the kills do not get tracked.

To eliminate any and all possibilities of failure, we would want for you to just fire and receive the slide kills while you are sliding animation, rather than at the very end of the animation.

Now, we won’t let you go into a fight without first providing you with some pointers that will put you ahead of the other rivals that will be there.

Therefore, before you walk out to the different game types to attempt to accomplish three slide kills in a single match 15 times, there are a few ideas and recommendations that will assist you in doing your assignment as quickly and effectively as is humanly feasible.

It is advised that players try out game variants in Call of Duty: Vanguard that have a quick match option since this will allow them to swiftly harvest the needed number of slide kills.

It is possible for players to rack up a big number of sliding kills on tiny maps like Shipment and Das Haus while playing modes such as Free-For-All, owing to the fact that these maps are rather small and crowded.

Players who are playing Call of Duty: Warzone may like to begin a game of Plunder or Rebirth Plunder.

Because the playing area in these game variants is far smaller than it would normally be, it is ridiculously simple for players to locate one another and complete slide kills.

How to get slide 3 kills in a match for 15 times as quickly as possible?

After entering the game mode, you will be prompted to choose your loadout. Although it might seem logical to immediately go for the SMGs, we strongly suggest that you change your mind about doing so.

There is one more underdog that would be of tremendous assistance to you in finishing your objective to obtain three slide kills fifteen times.

There is no question that we are referring to the shotguns. We are well aware that at close range, these weapons have an advantage over their opponents. Therefore, why not make the most of that opportunity?

When used at close range, the bullet spread and recoil of shotguns will surely provide you an edge over the single-shot machine gun in terms of tagging more opponents.

Equip your shotgun in order to achieve 15 consecutive matches with three slide kills. After you have finished doing that, go to the combat zone.

Because the maps that we have selected above are tiny maps, the area is rather congested, and there is a good probability that you will discover a number of adversaries grouped together.

Whenever you see such an opportunity, just dash towards them slide, and spam your shotgun without ADSing.

It’s likely that this strategy may seem insane to you, but the bullet spread of the shotgun will kill practically all of the foes in front of you, improving your chances of earning three slides kills in a single battle for 15 times as quickly as possible.

The H4 Blixen will be yours to use if you have accumulated three slide kills over a total of fifteen separate matches. If you leave a match after getting 3 slide kills, your progress will probably be saved, just like it is for the vast majority of other challenges.

However, if you discover that the challenge progress isn’t being tracked, you. should make sure to remain in the matches until they are finished just in case.