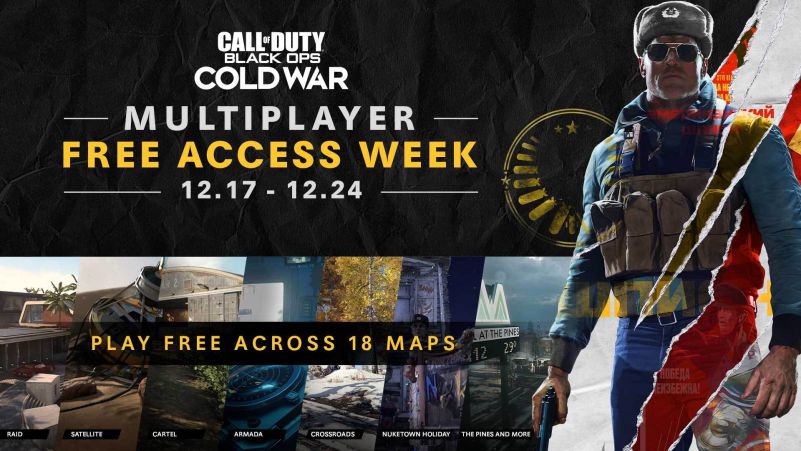 However, some players are missing out on the game because one needs to purchase the game to be able to play it. But, fret not, we have got some good news for all COD fans out there.

The Holidays are just around the corner and it is the season of gifts and happiness. So, Treyarch thought it’d be best if they did their part in imparting gifts for the season.

You guessed it right! Celebrate the holidays by partying up with your friends and jumping into Black Ops Cold War during the free play week.

Two stages of the free week will be held. The first phase starts on 17th December at am PT and finishes on 21st December. This encourages players to checkout modes that have been in the game since its start or will be added during Season One.

This covers 2v2 Gunfight, Team Deathmatch, Domination and two featured lists: Nuketown Holiday 24/7 and Raid the Mall. Nuketown Holiday is Nuketown ’84’s festive edition. Contrary to other modes, the map will remain unchanged as playlist modes alter. Raid the Mall offers a range of 6v6 modes and two maps, The Pines and Raid.

The second stage starts on 21st December and finishes on 24th December at 10 a.m. PT. In this section, all modes from Part I and three additional modes will be included. These are Prop Hunt, Combined Arms: Hardpoint, and Fireteam: Dirty Bomb.

This is an offer that is too good for any COD fan to refuse. So, do not miss out on the game and enjoy the festive season in an action-packed way.