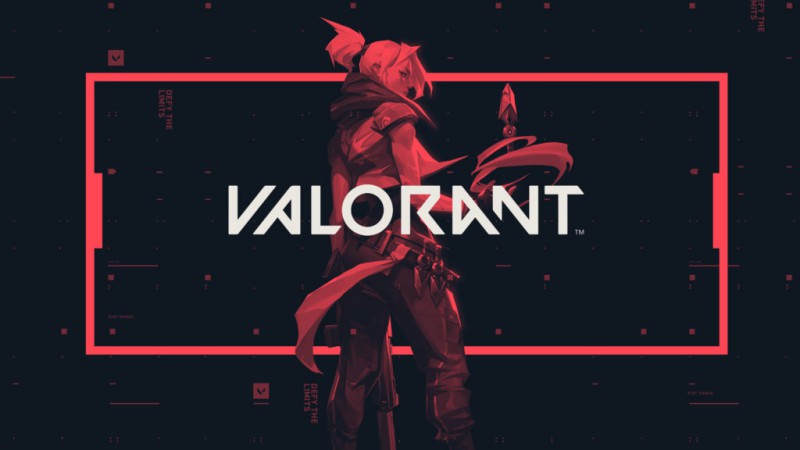 Valorant is Set in a near-future Earth. Users team up with 4 other gamers against 5 adversaries in a deathmatch. Your biggest asset is creativity. Players have to play as one of a collection of agents, characters developed based on several nations and ancient cultures from across the world. In the main game mode, teams with five players in each team are assigned to the offensive or defensive team.

Agents have unique attributes each necessitating charges, as well as a unique ultimate ability that requires charging through kills, deaths, or spike action. This game features a variety of weapons like sidearms and main weapons like sub-engine handguns, firearms, machine guns, rifles, and sniper rifles.

Valorant has become immensely popular amongst the gaming community. For those of you who want to experience a similar gameplay experience on your mobile devices, don’t worry. In this article, we have brought for you guys a list of games that are quite similar to Valorant.

The mobile version of Respawn’s hero shooter featuring thrilling battle royale and multiplayer gameplay. Since players may make use of active abilities as the game progresses, comparisons to VALORANT are inevitable. Join up with your allies for some fast-paced gunplay in a strategic battle royale game centered on Legendary characters and the finest squad fights in the genre. 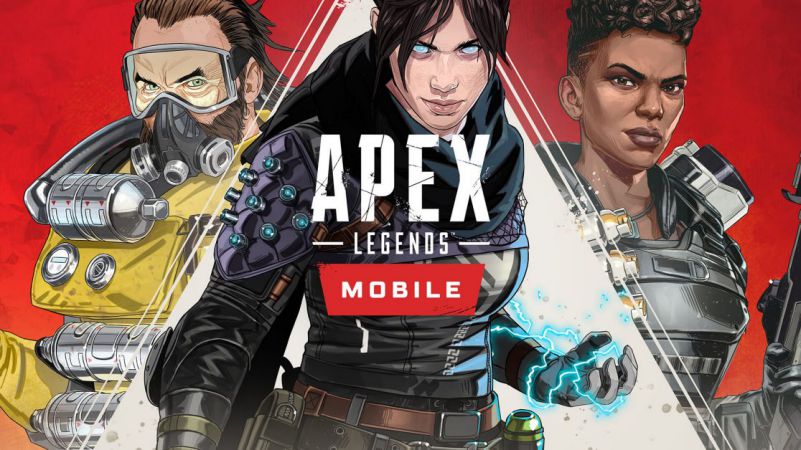 Team up with two other pals and take on the world of mobile gaming. Use the talents of all your Legends at a time to perfect your team positions, create effective plays, and rule the Apex Tournaments. The game moves quickly and needs a high level of strategy and familiarity with the mechanics. It’s available for free on the App Store and Google Play for players to download.

The first-person shooter, often known as a cooperative online game, has surpassed 50 million downloads on the Google Play Store. The multiplayer mobile game appeals to lovers of strategic play and team collaboration with its three play styles and large selection of weapons. In addition to Android, Critical Ops is also compatible with Apple’s iOS. 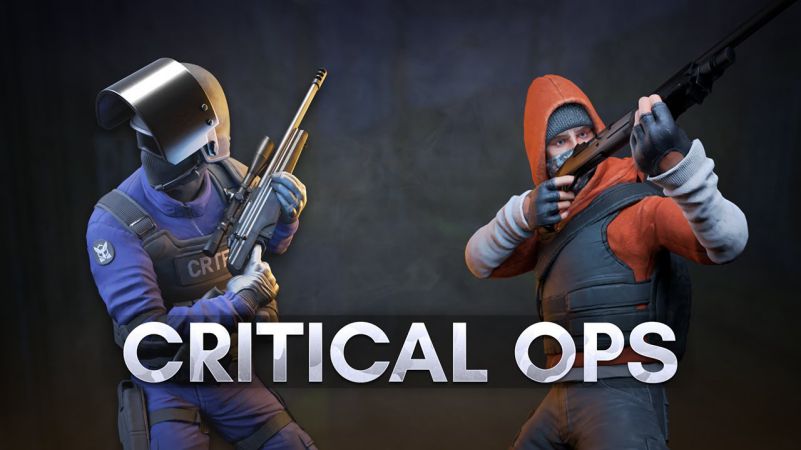 In Critical Ops, you’ll face off against the Coalition and the Breach, two opposing forces made up of former members of real-world SWAT squads and terrorist organizations, respectively. This situation necessitates that all parties be armed with cutting-edge firearms like M4 carbines, AK-47 assault rifles, and Glock 19 handguns.

Additional melee weapons include the kukri and balisong knives, both of which are situational. We ranked Critical Ops as our sixth best game like Valorant despite the fact that it lacks the futuristic visuals and the hero skills.

Infinity Ops is a first-person shooter with similar gameplay to Valorant. This game takes place in the far future, so you may choose from futuristic weapons like rail cannons, lasers, and plasma rifles. The use of mechs, tanks, and other vehicles in most levels, as well as the overall tone and style of the game, brings to mind Halo Infinite. 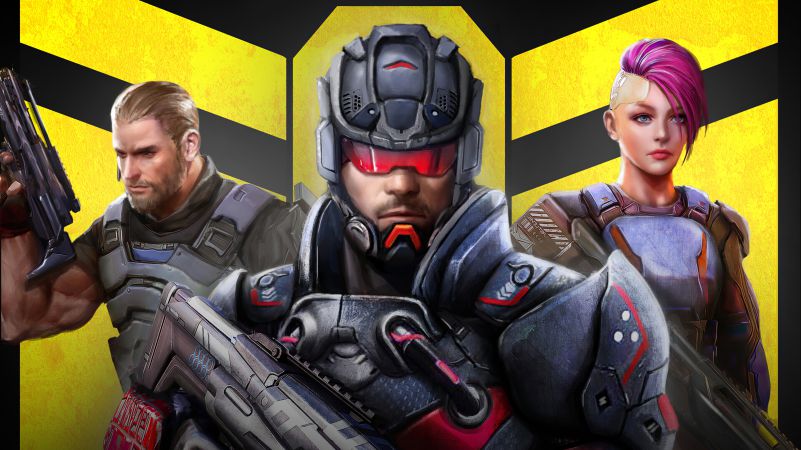 Built specifically with touch controllers in mind, Infinity Ops is a native mobile experience. Given that jetpacks are influenced by the game’s physics on some maps, this function is useful. Beyond this, the game’s team deathmatch and deathmatch modes benefit from a sizable multiplayer player pool.

Warface: Global Operations, often known as Warface Go, is a mobile spinoff of Crytek’s popular Warface franchise. In this environment, your character will have access to a wide variety of authentic tools and weaponry. Warface GO, in comparison to Valorant, places greater emphasis on the tactical first-person shooter part of the genre and has a smaller “heroes” selection. 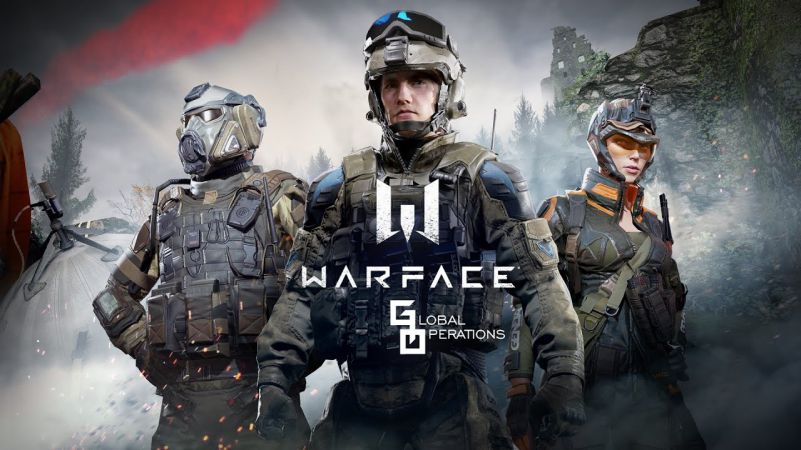 Even so, it makes up for it with its impressive array of character and equipment customization possibilities, which includes over 200 different sorts. Great visuals, 20 mini-events across game modes, and well-balanced maps are just some of the highlights of Warface Go.

The primary issue is the game’s dearth of users. Sometimes it’s tough to round together enough people to play a game. The game also has a high learning curve, which may be frustrating for those who aren’t used to tactical shooters.

Shadowgun War Games is a free-to-play strategic FPS with exceptional animations and strenuous 5v5 fights. Work out your tactic for classic Capture the Flag or go in all guns blazing in Team Deathmatch. Shadowgun War Games is the greatest PvP experience on smartphones with challenging multiplayer maps and modes! 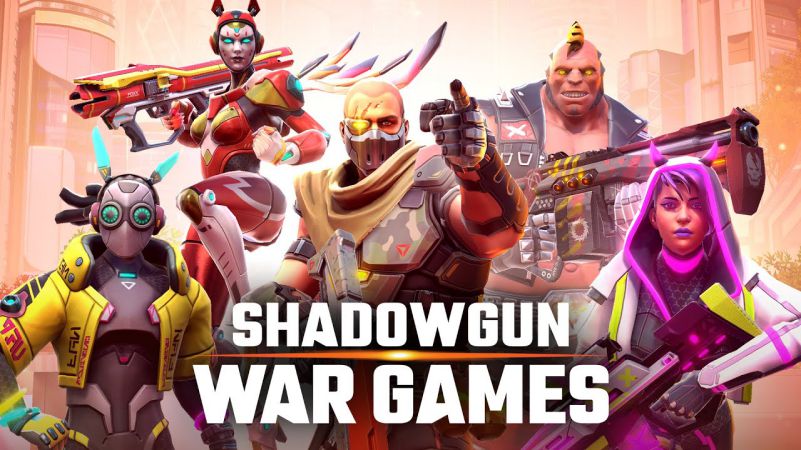 Team up with some friends and battle against players around the world in arenas, maps, and unique events across the Shadowgun Universe. It’s enjoyable and convenient for novices and diehard gamers will find plenty of challenge.

Anyone can start competing in Capture the Flag and Team Deathmatch game modes. Shadowgun War Games features different champions, each with their unique style and abilities, from Blink and Shield for defensive players to Berserk mode for more aggressive tactics.

ShellFire is a blend of MOBA and fps PvP Action game. This game is provided by Dunia Games. Like Valorant, here users encounter First-Person Shooting in 5 vs 5 in-game battle mode. In this, users even have a Zombie Rush Bonus Mode. Where you will get 10 strenuous cycles to defeat the Zombie BOSS and get a Unique Reward.

The game comes with a rune game future that incorporates Attack, Défense, and Support to surpass your adversaries. Other game features kind of like the latest Heroes and Skins with distinct skillsets like Valorant Heroes. This type of resemblance makes this the best FPS game like Valorant. This game is the best Valorant substitute for Android.

Modern Combat Versus is an Online Multiplayer FPS Shooter game devised by No.1 FPS Company, Gameloft. This game is focused on online multiplayer FPS combat, run and gun action, and team-based shooting games. In the game, people must choose their agent and master their responsibility to annihilate the field with their team. 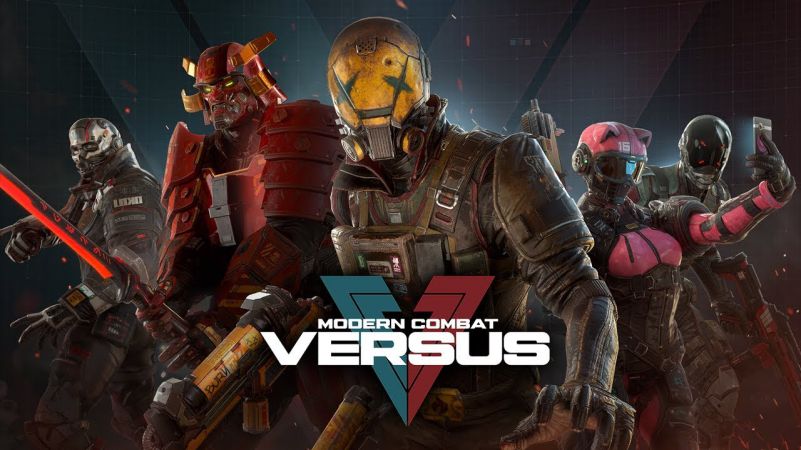 Strike Team Online is a Team Base Tactical FPS Shooter that characterizes a New Frontier of multiplayer shooting games. If you love an online Game with heaps of strategic abilities and skills to alter the match, then this would be your go-to game.

The game has more than 10 compelling characters each with their very own skill sets, talents, and firearms. Try it all and discover whoever you like. This game is still in beta, so if you can be of assistance to the Devs by reporting the issues if you can find one.

All-new near-future regions, such as Ruins, Radar Stations, and Missile Silos have indeed been developed for battlefield-inspired brawls. As a war veteran in this world, you must pledge your allegiance to three distinct factions: Pale Knights, Ghost Puppets, and Cadaver Unit, with more to be disclosed. Each armed group member has his or her own comprehensive background.

Join forces with team members to start competing against adversary teams Go explicitly to the missile silo or gain experience efficiently to bring down outposts one after the other. It’s all up to your teammates for strategic coordination! Think on your feet, find new tactics for attacks and change your line-up to win. Shadowgun Legends is a new online Sci-fi Action Shooter with PvP and Co-op game offered to the public by Madfinger Games. This game is based on the story, in which human civilization seems to be under attack from extra-terrestrials and the last hope is the Shadowguns’, magnificent warriors and heroes. In this competitive PvP, you can witness epic tale campaigns.

You can select between a touch control or an upgraded virtual joystick throughout the game. Story Campaign comes with much more than hundreds of missions on 4 diversified celestial bodies or gets Hardcore Experience in Raids and Arenas. Other features include 700+ Custom Weapons, 60+ Wonderful Armor Sets, MMORPG Online Multiplayer Experience with over 250 million players worldwide.

Frag Pro Shooter is focused on 1v1 duels against players worldwide. In the match, you can toggle between your five characters. Meaning dying isn’t that bad because you can respawn instantly with some other character. You can start creating your team with 70+ characters and Personalise them with potent and thrilling skins. You can regulate your player in first person or third person perspectives.

Other features include the new co-op mode. Every character has their particular strengths and vulnerabilities auto shoot alternative, Console Quality graphics, and receptive Controls make this game like Valorant.

Battle Prime is a fast-paced third-person online multiplayer shooter with console-level visuals on your smartphone. This strategical battle simulator is concentrated on super powerful champions with remarkable skills formidable arsenal, and high-adrenaline action. 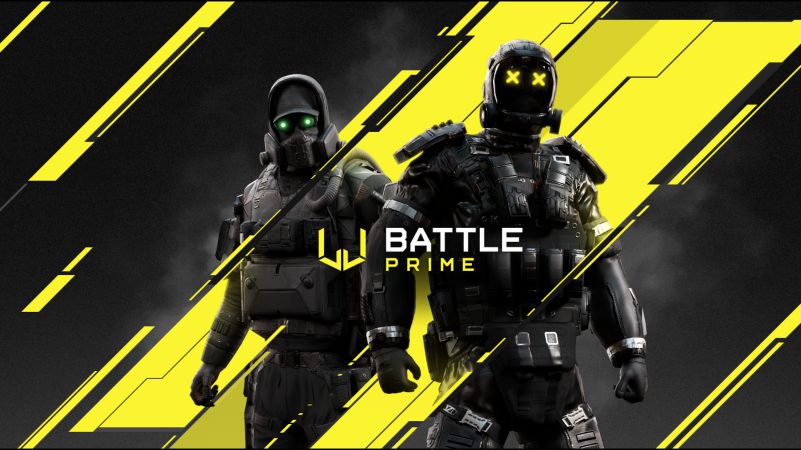 The war simulation of the next decade is just starting — it’s time to join the fight! Strike first, kill your adversaries, stay alive, snag rewards, and show everybody who’s the coolest Prime among the ranks! 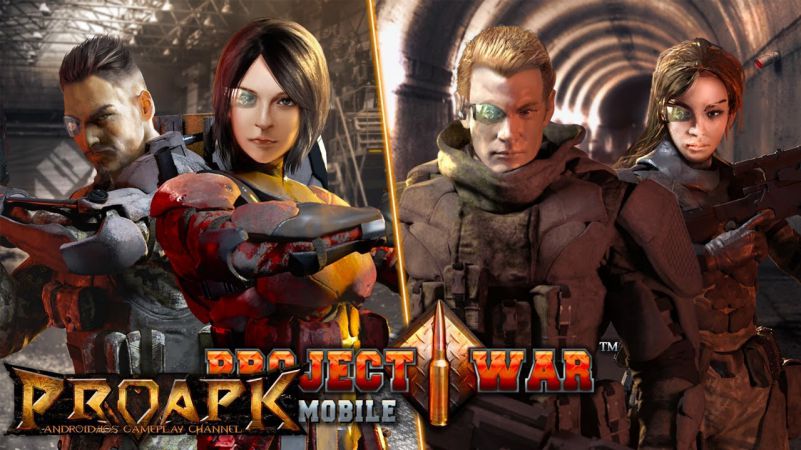 Fight classified players worldwide in matches and climb the ladder to number 1.  Play in classic team deathmatch, where 2 teams of 4 are pitted against one another, control, where the teams each try and get the most amount of time on the control points, free-for-all, where all 8 players vie for ultimate supremacy, as well as various other action-packed game modes we will implement in future updates.

There are challenging terrains of various heights on just about any map, heroes can leap, scale the wall, flee, hide in different buildings and fight adversaries. On the “Shooter of War-FPS: Battle of the Hero” Every hero will rely on his characteristics for different offensive and defensive methods in this dynamic three-dimensional scenario. 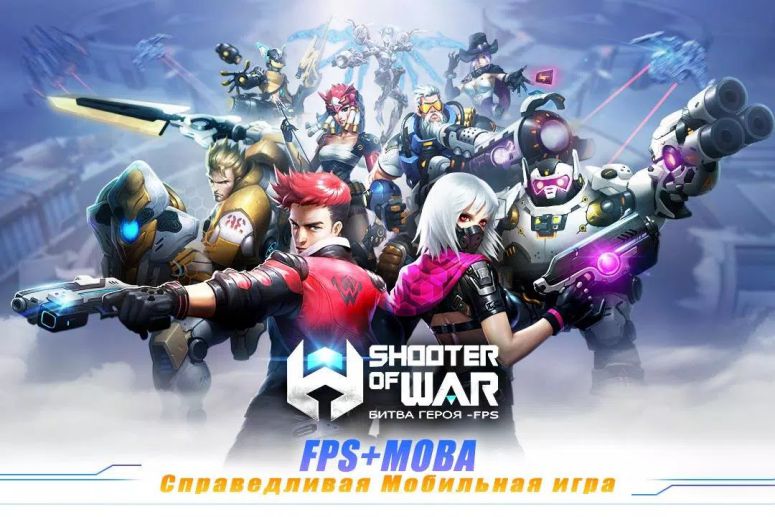 The above-mentioned list of games is some of the best FPS and most similar games to Valorant available on Android and iOS devices. Feel free to try them out. We sure hope you love the gameplay experience.