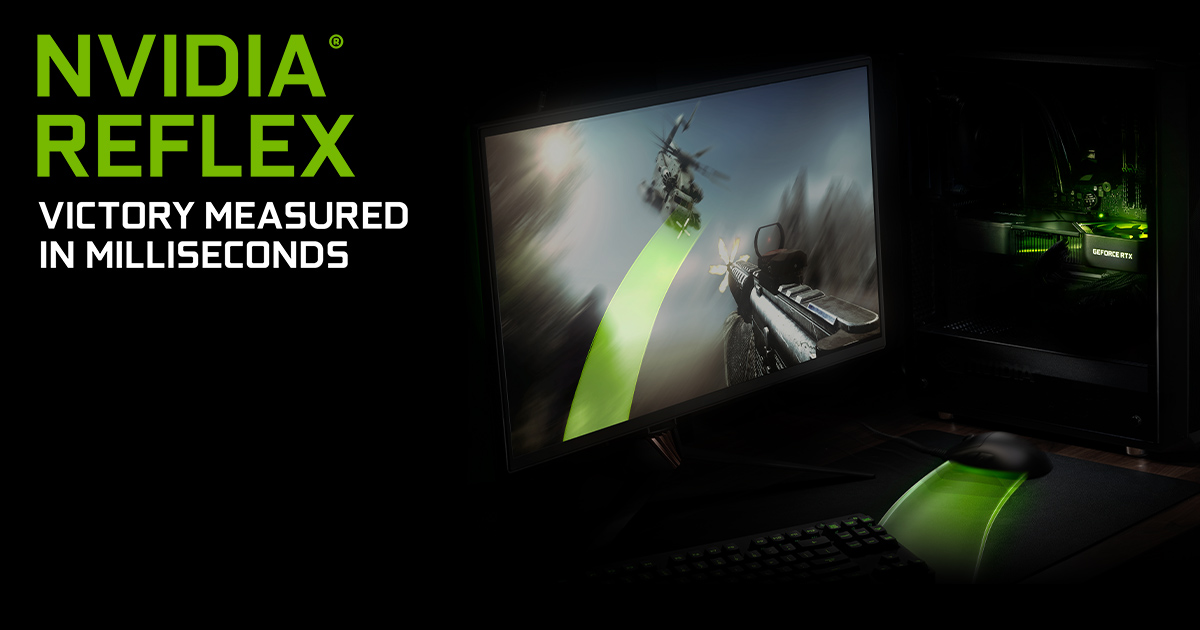 Another weapon in the green team’s inventory that will enhance your gaming is Nvidia Reflex Low Latency. There isn’t much of a reason not to utilize Reflex in supported games as it is a free feature and has very no performance overhead.

Reflex aims to give you the advantage in competitive FPS games like Fortnite, Call of Duty, and Valorant by enabling you to hit your shots more quickly, lowering the latency tax when you crank up your resolution, and possibly reducing peeker’s advantage under the right circumstances. Reflex is designed to lower input lag by up to 80%.

Similar to DLSS and RTX, Nvidia Reflex is a proprietary technology that needs a GeForce GPU to function. To take use of it, you don’t need the finest graphics card, though. Reflex should reduce lag starting with the GTX 900 series, while more expensive GPUs like the RTX 3080 /will/ perform faster.

Here is our guide on Fix: NVidia reflex low latency not showing.

What is Nvidia reflex low latency?

In esports, system latency is really essential. High system latency gives your opponents the advantage of peekers and directly slows your hit registration and reaction. Even your precision is affected.

While internal testing should always be viewed with caution, they provide a good sense of how many milliseconds Reflex saves. Valiant, for instance, experiences a reduction in latency of up to 48% at 60Hz, and if you increase the refresh rate of your display to 360Hz, you may get an 80% reduction in latency.

An option called Nvidia Reflex often referred to as Nvidia Reflex Low Latency can be found in the video or graphics settings of compatible games and is typically enabled by default. However, it is incompatible with Rainbow Six Siege’s default DirectX 11 version, necessitating the use of Vulkan.

You’ll notice the +Boost mode in addition to the toggle to turn it off. By turning this on, Reflex will be able to increase your GPU’s clock rates during CPU-heavy games in order to avoid bottlenecks and maintain the feature’s functionality.

When there is a lot going on, such as very massive fights in Fortnite or explosions and rubble in Siege, games typically demand more processing power from your computer.

It’s worthwhile to check to see whether the +Boost option can enhance your performance because Nvidia is always improving it. You may always turn it back with a click if it doesn’t work with your system.

The entire procedure can be broken down into two steps: turning on Reflex mode for your system generally, and turning it on for a specific supported game.

Get the most recent NVIDIA driver update. Shut off all of the installed games. Anywhere on the desktop, right-click. NVIDIA Control Panel should be opened. Then select “Manage 3D settings.” Find “Low Latency Mode” by scrolling down.

Either set the setting to ON or Ultra. Using Ultra could cause your system to get warm. In that situation, switch back to ON. Don’t forget to press the final Apply button.

Install the most recent game update. Enter the video settings. In the list, find “NVIDIA Reflex Low Latency” by scrolling. Either set the setting to ON or ON+Boost. We advise ON+Boost.

To understand how Nvidia Reflex functions, you must first have a basic understanding of system latency, which should not be confused with network latency, sometimes known as lag and measured by ping.

The various hoops the signal needs to jump through between the time you click on the best gaming mouse and the point it is recorded on-screen, producing a delay, is what you would know as system latency or input lag.

There are nine points of end-to-end latency, according to Nvidia, which mostly relate to the mouse itself, how quickly your PC can complete the job, and how quickly the monitor can display the input.

Since we’re talking milliseconds, most people won’t notice the difference, but many competitive gamers swear by lower resolutions and settings to avoid any potential lag that may make them lose the round.

A software program called Nvidia Reflex improves communication between the CPU and GPU by avoiding the render queue. This makes sure that no frames get blocked in the pipeline and that the graphics card acts quickly on each one as soon as the CPU transfers it to it.

Since there is no rendering queue, the latency trade-off at higher resolutions is also significantly smaller, allowing you to enjoy more detail and maintain your competitive advantage.

Finally, a reduced system latency reduces peeker’s advantage by processing visuals more quickly and allowing you to spot threats earlier. This works regardless of the monitor you’re using, however greater refresh rates benefit more due to their smoother movement than your conventional display.

You can’t completely counter peeker’s advantage while playing online games because it is still dependent on network delay, but Reflex significantly levels the playing field.

Even though it might seem obvious, most minor problems can typically be resolved by restarting the computer. To restart your computer, simply click the Restart button, wait around 10 seconds, and then do so. When your Nvidia software has resumed, do the same.

If a problem occurs, your PC’s system software should be updated as soon as possible, providing it is turned on and connected to the internet.

Microsoft routinely releases updated software in order to address faults and provide new features, which has the effect of causing this.

Customers who recently updated Windows 10 and attempted to install their graphics driver for the first time may cause this issue. A custom installation is relatively easy to complete if you follow the installation guidelines provided below.

Right-click the file and choose “Run as administrator” from the context menu to run the Nvidia Installer automatically.

Wait while the installer checks to see whether your system is compatible. You agree to the Nvidia software licensing agreement by clicking the “Agree and Continue” button. From the list of installation options, choose “Custom,” then click “Next.”

Under Custom installation options, choose “Perform a clean installation,” then click “Next” to proceed. Wait for the graphics driver to install on your machine. When the “Nvidia Installer has finished” message displays, click the “Close” button to finish the installation.

1. What is Nvidia Reflex Latency Analyser?

Any monitor and mouse will function with Nvidia Reflex, but if you want to utilize the Nvidia Reflex Latency Analyzer to determine how many milliseconds the feature saves you, you’ll need a special setup.

Make sure the approved monitor is connected to your graphics card via DisplayPort and to your motherboard using the supplied USB cable before using the Nvidia Reflex Latency Analyzer. After that, connect your suitable mouse to the monitor’s specific analyzer port.

After checking these boxes, all that’s left to do is start the program by selecting it from the G-Sync processor menu that appears on the monitor’s on-screen display.

When you press the left mouse button, latency should appear in the top-right corner of the screen, but GeForce Experience offers additional information. Simply check that the programme is up to current, go to settings, and select the experimental feature’s checkbox under the general tab.

Additional numbers are shown under the Performance tab to the right when the in-game overlay is active, but you may make them persistent by clicking the cog, navigating to the Performance tab, and choosing where you want latency information to appear on the screen.

That’s all for today’s article on Fix: NVidia reflex low latency not showing. Do check out all the sections and know what you should do. Till then, stay safe and follow us for more upcoming gaming coverage