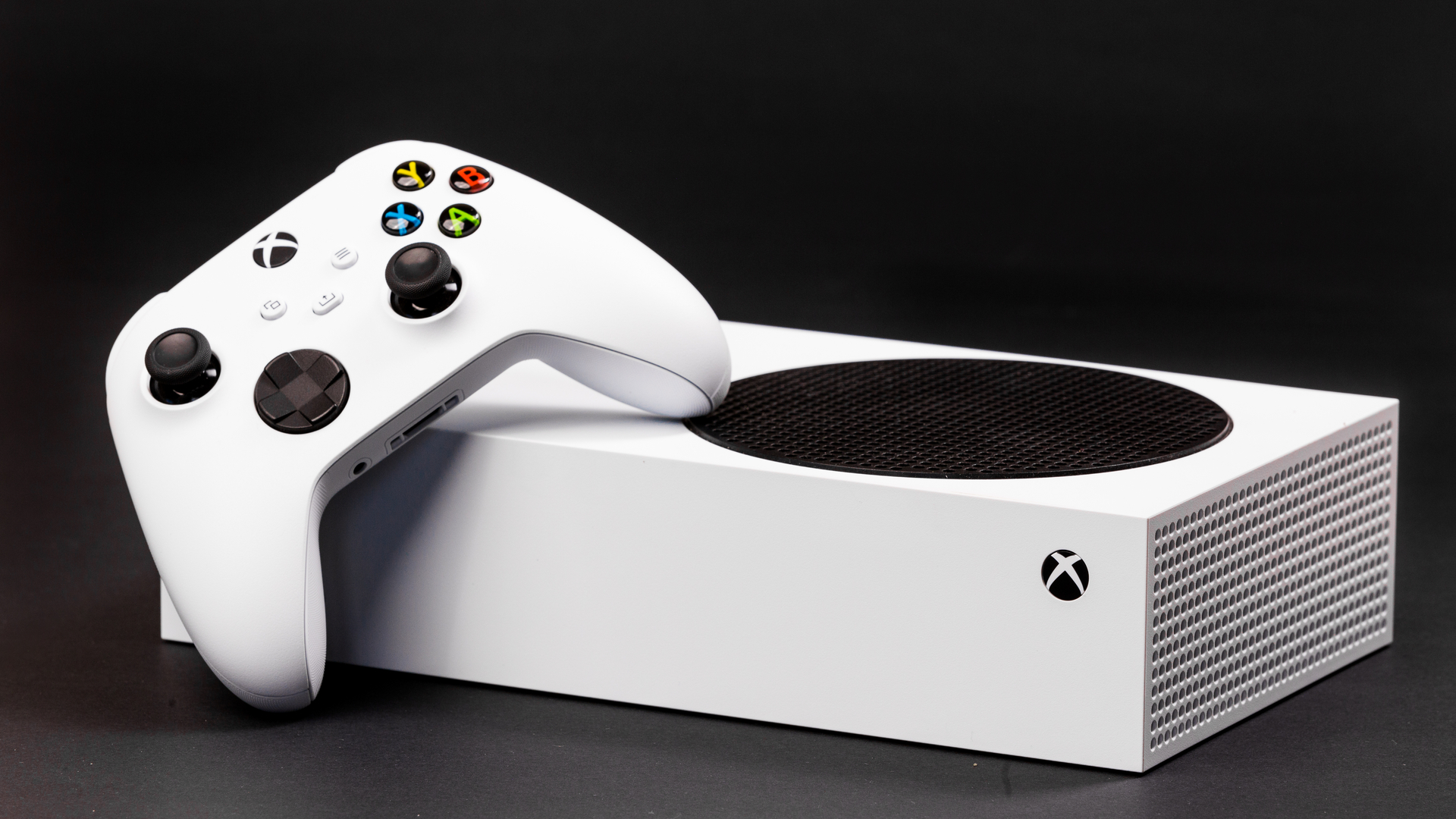 Being an Xbox owner is really fun. But after a while, fans start to get loud, as is frequently the case with gaming consoles. Because it pulls you out of the immersion, which might hinder your game experience. There are, however, simple solutions to this.

The Xbox fan is a popular grievance among gamers regarding the device. Many Xbox users find it difficult to fully immerse themselves in their game because of loud Xbox fans. Although this is a totally typical feature of the Xbox Series S, constant noisy fans may ultimately disturb the peace of your home.

Disruptive Xbox fan noise is possible. Not only does it interfere with your videogame experience, but it also causes annoyance for everyone else in your house.

Here is our article on Fix: Xbox Series S fan noise. So, let’s get started.

Why does an Xbox Series S fan make noise?

Short Answer: Several factors might be to blame for the noisy fan on your Xbox One. Poor maintenance is a frequent cause of Xbox fan noise. Dust and grime buildup also makes your Xbox fan noisy. 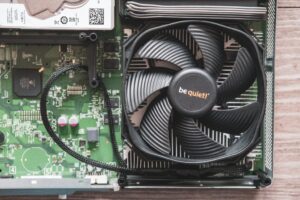 One of the main drawbacks of these consoles is their frequent loud fans. One of the most common criticisms of the Xbox is this. Xbox fan noise is therefore pretty typical. If your console is noisy when you first get it, there was a manufacturing problem. This may also occur if your Xbox was dropped or handled roughly while being shipped.

If you’re playing demanding games on an older Xbox model, the fan noise will increase louder and louder. That is merely a result of the hardware being unable to play more recent games due to its age.

Make sure it’s an Xbox fan noise before attempting any of the remedies we have for you. Sometimes, the power supply unit or other components might cause noise. Therefore, you must confirm that the cooling fans are the source of the noise.

Following the noise’s direction is the simplest technique to make sure. What type of noise is the Xbox generating, if that doesn’t help you locate the source? An Xbox fan is making that noise if it’s whirring or whooshing.

The power cable may be the source of electrical noise, such as a buzzing sound. If your Xbox sounds more like it is ticking, it may be because the fan blades are out of alignment and are jarring against nearby objects. Here is a quick list of what you can do if your console starts to sound like a jet engine.

Cleaning the cooling fan is one of the simplest ways to reduce Xbox fan noise. The fan has a tougher time cooling the CPU if the console is covered in dust. Unfortunately, the more dust will enter the console the harder the fan needs to work. Because of this, upkeep is crucial.

We advise you to routinely clean your cooling fans, especially if your home is dirty. You may accomplish that using an electric duster or compressed air and a microfiber cloth. You need to use a microfiber cloth to clean the Xbox’s surface. To prevent shoving dust into the ports and dust grates, drag the cloth in a single direction.

After you’ve cleaned the Xbox’s top and sides, connect the smallest nozzle to the pressurized air or electric duster. You run the danger of causing internal harm if the air blasts are prolonged. To remove as much dust as you can, concentrate on the console’s ports and apertures.

As part of maintenance, this ought to be carried out twice every month. But bear in mind that the console will occasionally need a thorough cleaning.

Moving an Xbox to an area that is significantly cooler is one of the simplest fixes for an Xbox that continuously overheats. The Xbox fans may be working harder than necessary as a result of the heat buildup, which makes them excessively loud for extended periods of time.

This may be the problem if your console is kept in an area of your room that doesn’t get adequate airflow.

Simply relocate the Xbox to a room area that is more open to addressing this. The fan’s noise levels should be greatly reduced by placing it on top of a table or shelf with good airflow.

For a dedicated console shelf that won’t retain heat, a decent wall-mounted shelf is ideal.

For those who must keep the Xbox vertically, an Xbox stand with an integrated cooling fan is an excellent alternative. The additional external fans, which are silent, will relieve some of the pressure on your Xbox’s internal fans.

You may need to consider deep cleaning your console if the fans continue to be noisy after cleaning the unclean ports. Opening your Xbox Series S may appear difficult, but it’s actually simpler as it seems.

Be careful to first unplug and switch off your Xbox. Two Torx T10 screws holding the lid in place may be found when you flip it over. After removing both screws with a Torx T10 screwdriver, carefully take the outer shell out. After removing the upper cover, locate and carefully remove the additional five screws located on the device’s top.

These are the lengthy screws holding the Xbox’s internal components to the device’s bottom shell. The single ribbon cable on the machine’s front may be removed when the screws have been taken out. When necessary, use tweezers. The console may now be carefully pulled back and away from the bottom cover.

Turn it over, then remove the final set of screws. You can now access the fan and heat sink of your Xbox One X by pulling away this metal cover.

To remove any dust and debris that may have accumulated in the fan and heat sink, use your can of compressed air. It’s possible that obstructions in these areas of your console are keeping it from effectively removing heat from the GPU. The accumulation of heat might cause an Xbox One to overheat.

The single ribbon cable on the machine’s front may be removed when the screws have been taken out. When necessary, use tweezers. The console may now be carefully pulled back and away from the bottom cover.

Turn it over, then remove the final set of screws. You can now access the fan and heat sink of your Xbox One X by pulling away this metal cover.

To remove any dust and debris that may have accumulated in the fan and heat sink, use your can of compressed air. It’s possible that obstructions in these areas of your console are keeping it from effectively removing heat from the GPU. The accumulation of heat might cause an Xbox One to overheat.

You can swap out the Xbox fan for a silent cooling fan if cleaning and maintaining the fan’s cleanliness is insufficient to stop the noise. After cleaning the cooling fan after opening the console, you see it has physical wear and tear. You should think about changing the fan if the blades are damaged or it isn’t oriented properly.

However, bear in mind that compared to the other alternatives we’ve seen thus far, changing an Xbox cooling fan is a little trickier. But that’s only because you need to determine the cooling fan’s proper size. The Nexus 70mm Real Silent Case Fan is a wonderful choice to take into consideration, say tech experts.

You must measure the Xbox fan in order to ensure that you get the correct size because they are not built particularly for Xbox. You may remove the original fan and replace it once you’ve found the proper cooling fan for your console. You’ll then need to reconnect the cables and put the console back together.

Make sure your new cooling fan is securely fastened. Otherwise, it will continue to make noise by tapping against the nearby surface. Use rubber foam tape if there is more room than you would like. It will be quieter if you place it where the cooling fan makes touch with other parts.

Before you start doing anything, familiarise yourself with the procedure. This will ensure that everything is done correctly, resulting in less Xbox fan noise and a more streamlined console.

That’s it with our today’s article on Fix: Xbox Series S fan noise. Do try all the sections and tell us your favorite. Till then, stay safe and follow us for more upcoming coverage.