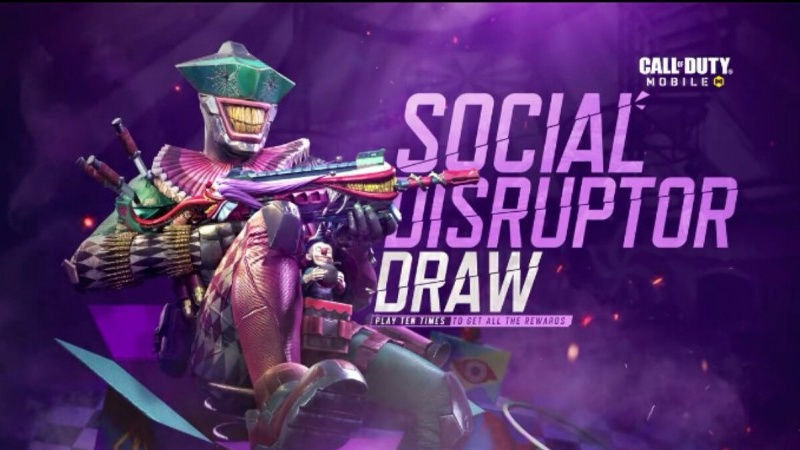 Call to Duty Mobile has become very successful ever since its launch back in October. Especially because of its big arsenal of guns. The vast array of firearms the game has developed has always intrigued the mobile call of duty players.

COD fans have always treasured the dozens of characters and operators of COD Mobile. However, more than that, they have really loved the assortment of weapons and skins which the game has to offer.

The Epic and the Legendary rarity skins for almost all weapons are loved by the entire COD Fraternity. So, in Season 1 New Order, Activision has brought the players the First Lucky Draw of the Season.

It is the Social Disruptor Draw. Remember Gunzo? The character which used to give nightmares to even grownups? Well, he is back! We first saw the Gunzo operator in the Sweet Joke Draw. Followed by the All-Jokes Crate where we saw the Gunzo – Tacticlown skin.

Gunzo is back again in Season 1 New Order. The Social Disruptor Draw will feature Gunzo – Clown Coded, a joker-like character probably inspired by one of the characters of DC Comics. The fresh Lucky Draw will also be featuring a legendary skin for the infamous ICR-1. It is the ICR-1 – Forced.

Be prepared to get spooked by one of the nightmarish clowns ever seen in the game in the Social Disruptor Draw.