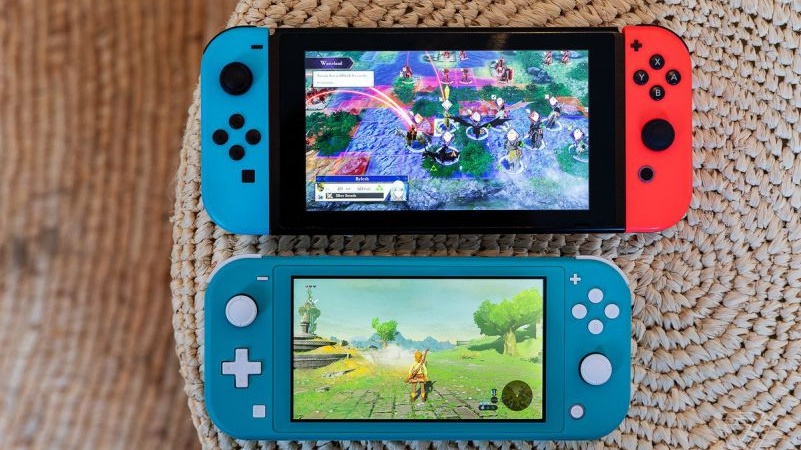 None of the Call of Duty titles can be played on Nintendo Switch.

Although Call of Duty is one of the most successful first-person shooter series of all time, it has only had a limited number of releases on Nintendo Switch and other platforms, which are also quite popular.

However, given Microsoft’s recent purchase of Activision Blizzard, the publisher responsible for the Call of Duty franchise, this might potentially alter in the future.

All of the information that we currently have for Call of Duty on Nintendo Switch is included below.

Can you play Call of Duty for Nintendo Switch?

On November 5, 2013, Call of Duty: Ghosts became the last installment of the Call of Duty series to be made available on a Nintendo platform.

Call of Duty has not been a game that can be played on any Nintendo consoles or handhelds since the launch of the Ghosts expansion pack.

Is Call of Duty coming to Nintendo Switch?

Recent reports imply that the long-awaited arrival of Call of Duty on Nintendo Switch consoles may finally be on the horizon.

Following the announcement of the purchase, Microsoft President Brad Smith revealed in an interview with CNBC that the business would want to bring the popular first-person shooter game to Nintendo devices: We’d love to see it on Nintendo consoles and handhelds.

According to Smith’s comments, both Microsoft and Activision Blizzard are considering the possibility of porting their popular Call of Duty series over to Nintendo Switch.

On the other hand, it is not clear if this would include the creation of brand-new Call of Duty games for the Switch or merely the adaptation of already-existing games for use on the device.

It has been revealed by a reliable source on Twitter that players who possess Nintendo Switch consoles will, at some point in the not-too-distant future, get access to one of the most acclaimed Call of Duty games of all time.

To be more specific, the game in question is a remaster of the previous installment in the Call of Duty series, which was called Modern Warfare 4.

Since its initial release in 2007, Modern Warfare has gone on to become one of the entries in the series that has received the highest level of critical praise. It also started a mass appeal that has persisted ever since.

Activision ultimately remastered Modern Warfare for current-generation hardware in 2016, however since the Switch was not yet available at the time, Nintendo’s platform was left out of the remastering process.

Now, it appears as if Activision may be considering bringing Modern Warfare to Switch after of these years after it was first released. 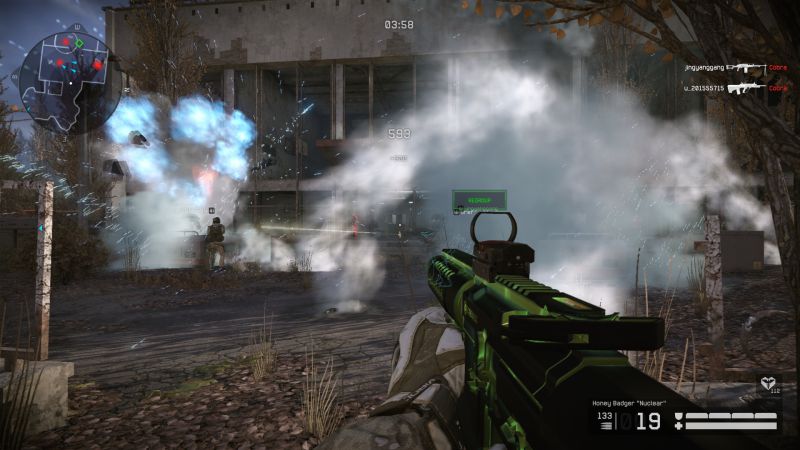 Fans of Call of Duty and Battlefield will like the sophisticated and traditional first-person shooter experience that Warface offers. Players have a choice between five different classes, each with its own set of skills and arsenal of weaponry.

You will be able to earn more powerful weapons and one-of-a-kind armor the more you go through the game.

Warface has a pretty detailed customization mechanism, which is great news for anybody who enjoys engaging in combat while looking their best. Armor not only alters your look but also provides stat increases that may fundamentally alter the way you play the game.

In addition to this, Warface does an outstanding job of giving you the impression that you are in the thick of a gigantic conflict.

The environments are faithful recreations, and the gunplay features nonstop action combined with strategic team play.

The gameplay may be divided into two primary categories: cooperative play and player-against-player action. In the Co-op mode, you will be placed in a group with up to five other players, and you will be tasked with completing perilous missions against NPCs.

PvP in Warface, on the other hand, feels a lot like the multiplayer experience in older versions of Call of Duty.

Free-for-all and team deathmatch aren’t the only game modes available; there’s also a mode called “Plant the Bomb” that plays out similarly to “Search and Destroy” in Call of Duty.

Therefore, if you’ve been searching for a shooter that can replicate the feeling of playing Call of Duty on Switch, Warface is your best bet. The video game may be downloaded from the Nintendo eShop at no cost. 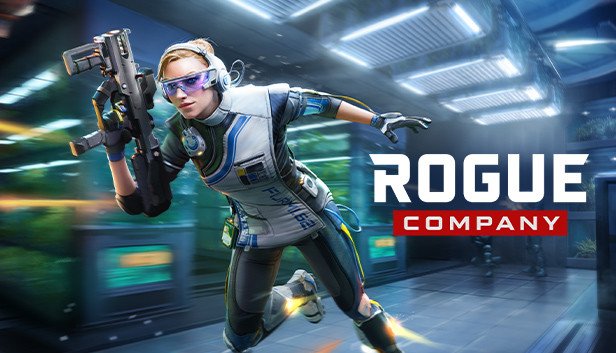 The first-person shooter Rogue Company is both daring and aesthetically pleasing in equal measure. You may choose to play as any one of a number of rogues, each of them has its own set of weapons and abilities.

These characters have a lot of life and personality, and they often say funny one-liners even while they’re in the middle of a fight.

Playing as the renegade Ronin, who wields a katana and explosive throwing knives, is an exceptionally thrilling experience since she can sprint past opposing lines.

In this competitive video game, players compete against one another in two teams of four across a variety of game styles. Demolition, a form of game that is quite similar to Search and Destroy from the Call of Duty series and Counter-Strike, is one of the most popular game genres.

The objective of the game is for players to either protect their own bomb sites or place a bomb on one of the opposing team’s two bomb sites. There is no need to worry if one of your allies falls since the game has a revive system that may assist in bringing fallen allies back into the fray.

This title also includes a plethora of cosmetics for your perusal. You will never be short of fun new emotes and skins to get via grinding.

Rogue Company is an excellent first-person shooter (FPS) to enjoy with a group of pals because of its fast-paced action and focus on cooperative tactics. The video game may be downloaded from the Nintendo eShop at no cost.

The high-octane gunplay seen in Call of Duty is taken to the next level in Overwatch, which also has a cast of colorful characters.

Two teams of six players face off against one another in several objective-based game styles during the course of this competition. In Overwatch, you may assume the role of any one of the game’s dozens of Heroes, each of which has impressive and distinctive skills.

One of our favorites is Winston, a gigantic talking gorilla that charges into combat equipped with a bubble shield and a lightning gun.

But there are also a number of other noteworthy characters in the game, such as Lcio, who uses the power of music to cure his allies and give them a speed boost.

These heroes provide the game with an additional dimension of strategic depth. Because attaining success requires striking a balance between your attack power, support, mobility, and defensive capabilities,

There is an extraordinary amount of synergy between several characters, which helps to compensate for flaws and strengthen strengths. In addition, the maps in Overwatch are so gorgeous they will take your breath away.

They can take you everywhere, from frozen temples in the highlands of Nepal to castles that date back to the middle ages in Germany. In addition, players in Overwatch have the opportunity to earn a wide variety of skins for their heroes.

And to make things even better, the game provides you with a large number of free treasure boxes.

Therefore, as long as you continue to play the game and advance in levels, you will continue to get unique and interesting cosmetic awards. On Nintendo Switch, unlike on PC, you will not be able to play Overwatch for free. 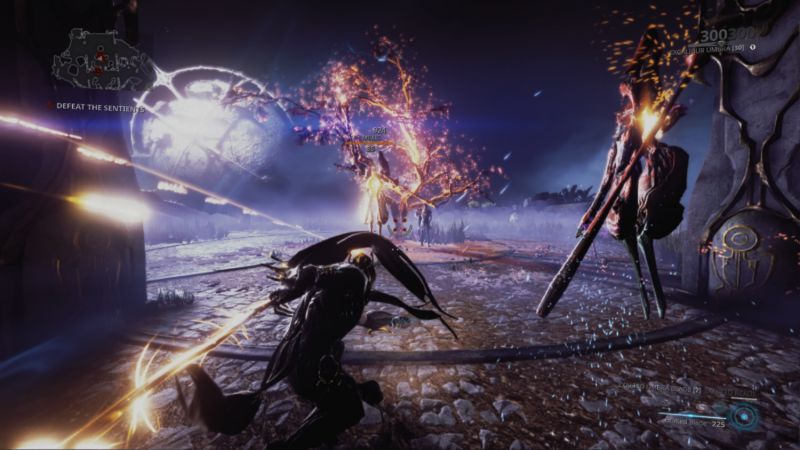 Warframe is a game that has everything, including hoverboards, space ninjas, and an unlimited selection of futuristic weaponry.

Although this product was first published in 2013, it has undergone continuous revisions and upgrades to ensure that it remains in absolutely pristine condition.

You take on the role of a Tenno, a member of an ancient warrior species that has just risen on Earth after dozing off for eons.

You will have to face off against monstrous abominations, crazy human clones, and gigantic robots without giving too much away about the plot.

You accomplish this objective by donning Warframe battle suits, which provide you with an impressively wide range of fighting abilities.

Some Warframes let you manipulate magnetic forces and ragdoll your opponents. On the other hand, some of them provide you with the ability to discharge explosive spores that may spread across adversaries.

Not to mention the fact that the game is played from a third-person perspective, which allows you to fully appreciate how great your armor looks. This game places a significant focus on mobility, much as Call of Duty does.

Warframe, on the other hand, takes things to the next level by including platforming and a hoverboard that is quite fun to ride. You may even execute tricks and combinations on your hoverboard like you’re playing a skating game to get points.

Warframe caters to a diverse audience because of its impressive variety of play types and visually stunning environments. The video game may be downloaded from the Nintendo eShop at no cost. 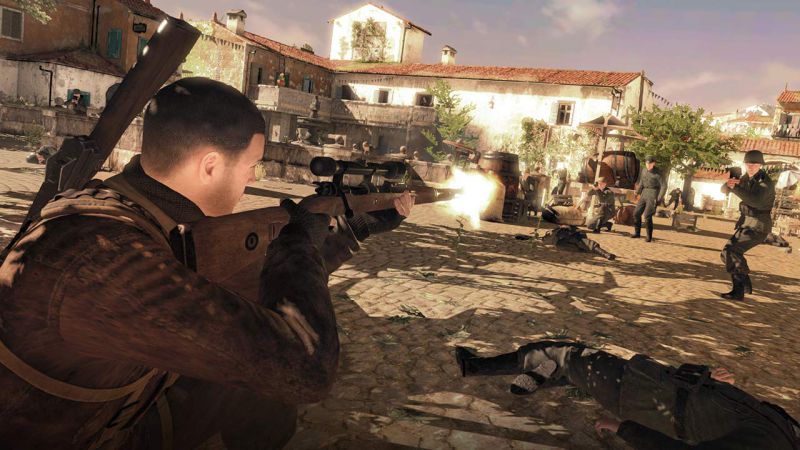 Sniper Elite 4 is the perfect game for you if you’re the kind of player that likes to stay in the shadows and sneak up on their opponents. You take on the role of a British sniper fighting against the German war machine in this third-person shooter set during World War II.

However, there is a great deal more to the game than just lurking and waiting for your opportunity to strike.

Finding out how to complete each assignment is similar to solving an exciting puzzle, and it encourages you to try different things.

In one of the missions, you’ll be asked to skillfully time the bullets you fire from an artillery cannon in order to disguise the sound.

While at one location, you direct a chain reaction of explosives to knock down all of your objectives at once, like a game of dominoes.

The “Authentic” mode in Sniper Elite 4 is not just difficult but also very gratifying to go through. This setting takes away your heads-up display (HUD) and requires you to take into consideration the speed of the wind while shooting.

In addition to this, there is a limited supply of ammunition, and once you have been located by the enemy, they will continue their relentless hunt for you.

This mode is not for those who are easily scared, but it does provide thrills that will get your pulse racing and will challenge your mind more than any other shooter.

And as if that weren’t remarkable enough, this game also has surroundings that are rendered in a way that is really breathtaking.

Taking place throughout a total of eight open-world missions, you will be creeping around picturesque Italian towns and verdant islands in the Mediterranean.

Not to mention that there is a cooperative option, which allows you to enjoy the game with your pals while fending against the forces of evil.