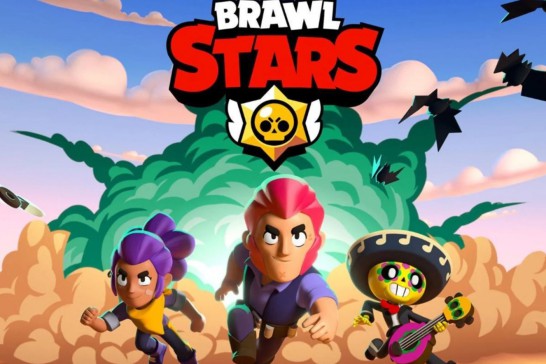 The game is enjoyed by fans because it has so much to offer. No one can ever be bored with this game. There are several game modes, events, maps, that players can participate in. They can select their own characters called brawlers with which they will play the matches. Brawlers can be obtained from Trophy Road and Brawl Pass.

Since there are several modes that have different features, it can be favorable to use those brawlers that suit those modes and maps with respect to their attacks and Supers and Star Powers and Gadgets. Hene, we will discuss the Siege Event with Nuts and Bolts as the map and the top 10 best brawlers to use in this mode.

Each team has its own semi-circle-shaped territory in which sits a robo-machine. The team which destroys the siege-machine of the enemy team first wins the match. But there is a catch too. The generates ‘bolts’ constantly, which can be used to spawn a giant robot called Siege-Bots. The spawned robot is programmed to destroy the enemy’s siege-machine.

So, you have to make the Siege-Bots spawn in your favor and destroy the enemy’s siege-machine. Easy right?

Talking about the map, it is called Nuts and Bolts. There is a fair amount of cover on the map with a middle part free for open engagements.

Pam’s healing station can be important for keeping your team in the match while pushing, and because Pam does the most damage in the game per attack, she is also excellent at playing defense against the enemy siege robot.

Tick is very useful because he is able to provide a lot of control to allow his team to collect bolts. he can help his team trap opponents with a lot of bolts. His Super can knock the robot back and also momentarily stun him. He also does quite a bit of damage during a team push and he can hit the IKE without entering the enemies’ zone.

Bibi is very useful in both defense, offense, and collecting bolts. Her Super out-ranges the IKE turret and her main attack when her Home Run bar is charged can easily push away enemy robots so your team has more time to defeat it before it reaches your IKE turret. The attack can also be helpful to push away any opponent that tries to collect a bolt.

In a similar fashion to throwers, Sprout can be used for control while it and its team collect the bolts. Its Super is particularly useful during an enemy push as the robot will get blocked from reaching the IKE turret, giving Sprout and its team enough time to deal a good amount of damage to the robot.

Jacky’s Gadget Pneumatic Booster can be useful to secure bolts or takedown enemies carrying them. The area damage from her basic attack can also keep enemies from collecting bolts, and her Super can pull the enemy robot away from the IKE turret.

Max can boost her and teammates’ speed with her Super to either rush in or retreat with the bolts; her Phase Shifter Gadget is also useful for the latter. Her Super is also useful for controlling an area and potentially leading the sieges.

Lou can use his attack to freeze and keep enemies away from the bolts and to freeze the enemy robot from attacking the team IKE. He is extremely useful for making enemies slip on his Super, making it hard for the enemies to retreat with bolts.

Gale can use his Super, Gale Force, to keep enemies away from the bolts and pushing the enemy robot from attacking the team IKE. He can also use his Spring Ejector Gadget to jump at the enemy’s IKE turret without getting any damage.

GENE – He can use his Magic Hand Super to pull brawlers with bolts, pull brawlers into the range of the IKE turret, pull the enemy robot, or pull defending brawlers away from the robot.

BARLEY – Barely can out-range the IKE turret with his Last Call Super which can deal 10% to 12% of the health of the IKE turret to it. He is also very good at controlling the centre.

Well, here is the list of the top 10 best brawlers for the Siege ‘Nuts and Bolts’ event. Make sure to read each brawler’s characteristics before choosing them in your matches.