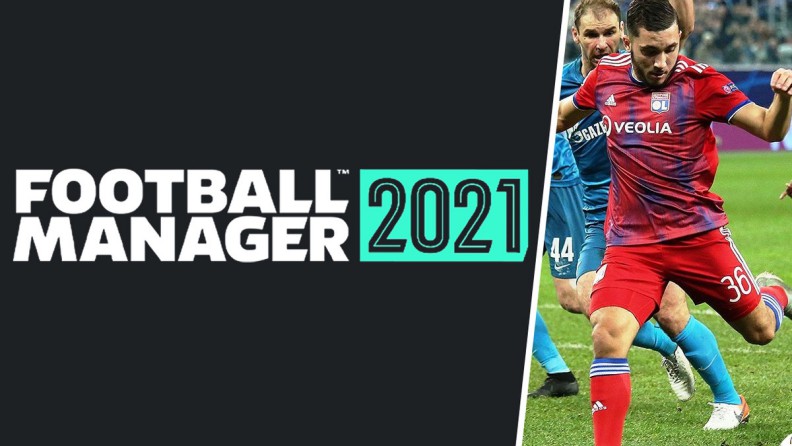 Football Manager is a football-management simulation video game developed by Sports Interactive and published by SEGA. The latest title was released worldwide for iOS, Android, macOS, and Windows in 2020. This is the first title to have released for the Xbox version since Football Manager 2008.

Football Manager headline features cover several key areas of the game including the interaction system, matchday experience, and the recruitment module. There are new communication methods, including gestures, and new interaction options between the manager, their players, and the media. The game features 117 leagues from 52 nations across five continents.

There are a lot of football games available on PC and Consoles, two major titles are the popular FIFA and PES. But today we will look at some games that are similar to Football Manager and do not include the likes of FIFA and PES.

Today, our team of experts brings to you the list of the top 10 games that are similar to the famous Football Manager and it is a unique list because it does not contain the two giants of the Football Gaming World, FIFA, and PES.

Rocket League can be considered as a far better game than FIFA and PES. This view has echoed across the internet, as addictions to Psyonix’s electric football-driving hybrid show no signs of being cured. Not that the afflicted would wish them to be. The League’s acrobatic, boost-powered online matches always deliver physics-defying goals and headset-dirtying swears, with one rule enduring above all others since its 2015 release: you never, ever, ever go to bed on a defeat.

Not a sequel to Rockstar PS2 favorite Bully (AKA Canis Canem Edit) played from a teacher’s perspective, but a PS VR game in which you do nothing other than head footballs towards goal. If that makes it sound like a shooting gallery tech demo then prepare to be very pleasantly surprised: elements involving crash test dummies, explosives, and stuff you would usually see at a Saturday Night funfair shatter expectations, and deliver PS4’s most unconventional football experience.

Management sim, turn-based strategy game and RPG all rolled into one? Don’t mind if we do. You control every single action of every player both on and off the pitch, in a manner that wouldn’t have felt out of place on Spectrum or C64 – but has many beautiful nuances, such as individual skill trees which gradually bond you to certain players before you have even realized it. Hey, all managers have favorites. Steam enables you to download a demo and try it for free, while the full version will set you back $24.99.

Now coming up to its tenth year, Top Eleven claims to be the most played online football-management sim ever; and while it cannot compete with Football Manager for depth, it is easy to see why. This is free-to-play via your internet browser and setting up matches against your mates is as simple as signing in via Facebook. Curiously though, it is a game that prioritizes training as much as it does tactics; the more time you spend putting your fictional squad through its paces in the build-up to each fixture, the better your abilities – and your players’ – become. Perhaps not a game for Manchester City Fans, though, given that it is emblazoned with Jose Mourinho’s face throughout.

The modern equivalent of collecting stickers to plug wonkily into a Panini album, without the threat of dropping your swaps all over the playground and triggering ‘scramble rules’. Three fun mini-games, the best of which pits sets of cards against one another Top-Trumps-Style, offer ample opportunity to score coins that can then be reinvested in packs, while the in-game currency is also earned by watching videos and downloading other suggested extensions. A likable twist on a long-standing fan tradition.

A modern reinterpretation of top-down ’90s classics such as Microscope Soccer, Kick-Off, and Sensible Soccer. It is not cheap at $9.99, but the game knows its past and audience, delivering what it calls ‘Slow-Mo-Banana-Bending-Technology’, and is being constantly updated, with regular dev insights on its progress thanks to Steam’s Early Access program. Its ever-growing list of match modifiers keeps it fresh too, with fixtures affected by the addition of bouncy walls and teleporters. All it’s missing is a console release.

If, as a kid, you ever stood at one end of a pitch/playground/common playing ‘long shots’ against a mate this will cause happy memories to flood back. Played horizontally across a 2D pitch it’s you, as a commercial representation of a real player, versus the AI. Its simplicity is its majesty; like Street Fighter it’s played against a clock counting down from 100, with whoever scores more goals in that time is the winner. Power-up bubbles such as bigger balls and stronger kicks very up match smartly, and later characters unlocked, included mega-headed versions of Wayne Rooney and David Beckham, reward extended play.

60 levels of “hilarious soccer chaos”, best suited to those who actively hate the sport – although footy fans with a sense of humor will enjoy this too. The object is still to score more goals than your AI, or online, opponent, but there are bigger obstacles to avoid than a bald defender’s sharpened studs. Such as landmines, warplanes, oversized cows… it’s effectively side-on footy infused with elements of Worms. Five years after the release you would be mad to pay the full price for it, though: keep tabs until the next Steam sale and if its price drops, snap it up.

It is a throwback in terms of both its attempt to mimic arcade footy games of the late ’80s, and its team list: long-defunct countries such as Yugoslavia and the USSR are still a thing. The ‘super shot’ power-up ability also nods smartly to Hot Shot Hamish from the Roy of the Rovers comics, for those of a certain vintage.

A superb mix of ‘Sensi’ elements – such as interactive top-down highlights, where you are tasked with completing key passes or having shots at goal – and more unconventional RPG fare. Yes, I said RPG. Progress between matches requires the guzzling of energy drinks to stay healthy, investing in trainers and agents to help advance your career, and, like every Premier League prima donna, picking up garish boots that deliver extra swerve and other cool lifestyle items.

Well, here is the list of the top 10 best games like Football Manager available on PC/PS4/Xbox. Make sure to check out all of them.