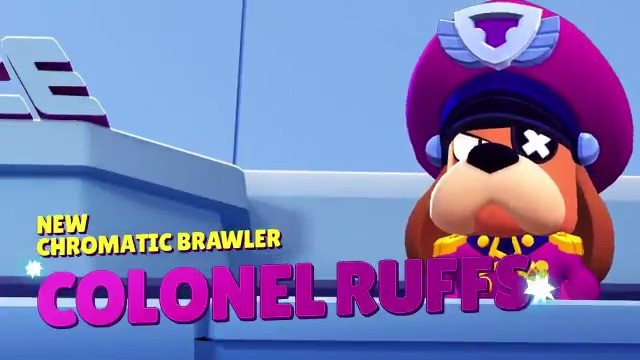 Players are provided with the liberty of choosing from the vast variety of characters called Chromatic Brawlers which they can unlock through Brawl Boxes, the Brawl Pass, the Trophy Road, or purchase from the Shop to use in their battles.

Since the launch of the new season on February 1st, 2021, Brawl Stars Season 5 Starr Force has brought in a lot of new array of Brawler, themed skins, the usual Brawl Boxes, Gems, and a new Brawl Pass to the game.

How to Unlock Gadget for Ruffs in Brawl Stars

As we mentioned earlier, the Chromatic Brawler Colonel Ruffs is a new addition in Season 5 Starr Force, and can be obtained after reaching Tier 30 with the Brawl Pass and also, you can unlock him from Brawl Boxes after the current season ends.

To achieve the next rank, players should need to have collected 20 trophies for opening the Brawl Boxes that can be obtained from both the Brawl Pass or the Trophy Road.

After the Chromatic Brawler Colonel Ruffs has reached level 7, the gadget is unlocked but it can only be obtained from the Brawl Boxes in the Brawl Pass. Players need to keep their fingers crossed and pray that they are lucky enough to get the gadget as quickly as possible but also be ready to spend a little more gems in order to avail the Gadget.

The New Season of Brawl Stars is out and has been on a roll and players just cannot get enough of all the game has to offer. So get cracking and annihilate your opponents to reach the top and unlock all the special features the new season has to offer.