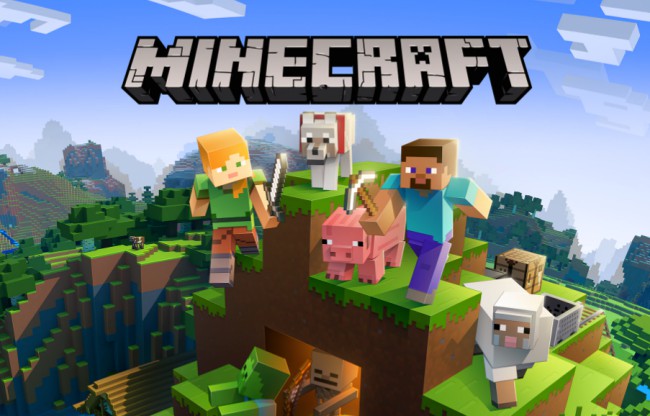 In the beginning, Markus “Notch” Persson developed Minecraft, a sandbox video game. Mojang Studio maintains this. Users could perhaps ask what is a sandbox game? It relates to games that include a gameplay component that allows the user a significant amount of creative freedom to accomplish tasks with the end objective in mind.

To put it simply, games that let you give free rein to your imagination and creativity. One could play the game on many platforms. Computer, smartphone, tablet, Pi, Xbox, Nintendo Wii, and PlayStation are all great ways to play Minecraft.

In Minecraft, you may explore a dynamically created map of one-cubic-meter-sized blocks, interact with them, and even change them. There are trees, monsters, and objects present in the environment as well.

Other activities in the game include the construction of buildings, collecting resources for mining ore, combat with aggressive mobs, and the creation of new blocks and tools by combining materials.

Players are allowed to build buildings, works of art, and whole games on multiplayer servers or single-player maps using the game’s open-ended architecture.

What is authentication server down Minecraft?

Each interactive platform requires to be linked to the server, or a host. Regardless of who the host is, good internet connectivity is required to participate in a multiplayer game. It is also possible that the game’s server or host runs into difficulties. Each participant on the server or host may experience connection issues in these situations.

Minecraft servers are finicky and because of this they often encounter difficulties. The most frequent problem users have while setting up a Minecraft server is connecting to it.

Many users will not be able to connect to a Minecraft server because of various reasons. It sometimes might show failed to login the authentication as servers are currently down for maintenance. Fortunately, most of these issues can be addressed simply.

Players who are attempting to log in to Minecraft may find themselves having difficulty since the game’s authentication servers of Minecraft are down temporarily. This information is usually an indication that perhaps the servers are currently temporarily down for maintenance.

The only option users have in this situation is to sit tight for the systems to be up and running again. In addition, several gamers have said that the servers have been down even after a number of days.

If you’re experiencing the same, it may be something on your end. follow all of the procedures listed below if you are encountering the same problem.

This may seem like a minor matter, yet it occurs often. When connecting to a host, users should verify that the IP address of the server is entered properly. On occasion, common errors are made such as choosing the incorrect domain extension such as .com rather than .net.

When you initially check, you should see whether the problem is actually on the site or if it is on your part. One would have to do a search online for the status of Minecraft’s server in order to accomplish this.

Players may become unaware that the server is down without it being out of service entirely Occasionally, even when the Minecraft server is down, players don’t realize. Players shouldn’t believe that their inability to join is always their problem.

If the server that the player is trying to join is offline, the player’s attempt to connect will be rejected. The above hypothesis may also be confirmed by talking to other players who are on the server, as well as checking on the forums and the Discord group.

Please ensure you have the newest version of the Minecraft launcher/Client. It is well known that previous versions of the launcher have had many problems.

With an outdated edition, the game servers may not be able to link, which would be likely the situation here. Launcher edition verification is recommended since it’s the best way to ensure your game’s integrity.

Even though this is extremely improbable, odds are that your router’s interfering with the game’s servers. The first step is to ensure that your internet connection is working properly. To see if you are receiving the normal speeds, do a speed test. Also, ensure that your ping and packet loss are within an acceptable range.

To cleanse your DNS, you should do the same. Run Command Prompt as an administrator in the search box and in the elevated prompt window, type the following command and press Enter after each to execute them.

This will completely erase the DNS cache. Now that you’ve figured out what’s wrong, I expect the problem to be corrected. If that is not the case, go on to the next step.

This should prompt you for your username and password when you attempt to link to the Minecraft servers. There’s a possibility that your account may be experiencing difficulties during this period. If that is indeed the case, then one should exit out of the Minecraft launcher, after which you should log back in.

When logged out, try to enter the whole of your login credentials again (Username and Password). If the same problem occurs, it’s safe to assume that a separate account in the Minecraft launcher is not working.

Your profile may be experiencing problems. It may be time to consider that your account is in need of help if you haven’t made any progress yet. If you create a new account, or whether you have someone else’s account to test, then check if it works.

In case you run into the authentication server down error in Minecraft, you could use the above-mentioned methods for the troubleshooting process and resolve the issue.