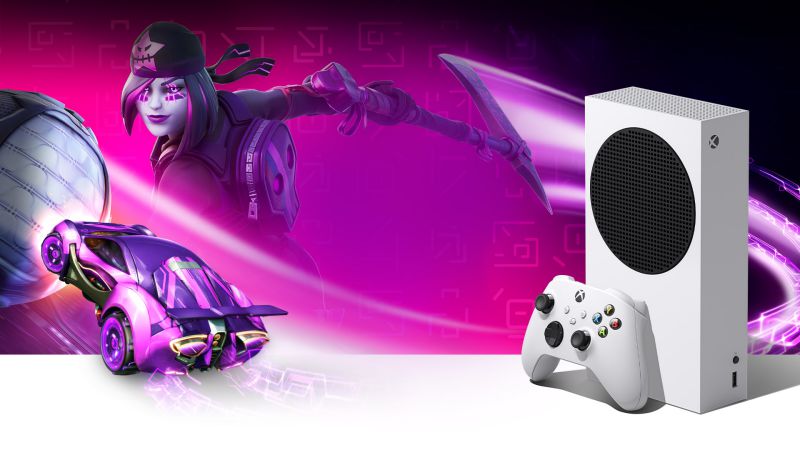 Although Xbox Series S is not as powerful as its competitors, it nevertheless packs enough of a punch to be considered a legitimate next-generation gaming device.

Even better, it is compatible with ray-tracing technology, making it one of the characteristics that distinguish next-generation consoles from their predecessors.

In this post, we will go over the many explanations for why the Xbox Series S is not showing up on the TV, as well as the troubleshooting techniques that might help you address the issue.

Short Answer: Your Xbox Series S is not showing up on your TV as there is a possibility that your TV has certain flaws, your console and the TV are incompatible with each other, you are using the wrong port, the HDMI cable is old and worn out, or that the TV’s HDMI port is damaged.

The first thing you need to do is make sure that your TV is working properly with other inputs. If it doesn’t, there’s a problem with your television.

In the case that the TV is functional with other inputs, the problem is most likely caused by one of two things: either your TV and console are incompatible with one another or there is a problem with the console itself.

Ensure that the console is working properly with other displays before you proceed.

If you have accidentally plugged the cable into a different port on the back of the Xbox, then the console will not obviously not show up on your television. Check to ensure that you’ve connected your device to the appropriate port.

Your problem is most likely caused by a damaged or faulty cable.

The cable or pins should be inspected for any signs of damage. If necessary, purchase a new cable.

There are two HDMI ports available on the Xbox. The first is an HDMI In port, while the second is an HDMI Out port.

The objective of the HDMI In port on your Xbox Series S is to enable you to connect and use an external device by way of the Xbox. However, it is not a very well-known surgery.

On the other hand, the function of the HDMI Out port is to just join your console to the display by means of an HDMI cable so that Xbox may transfer both the display and the audio to your television.

If a user plugs their cables into the incorrect ports on their Xbox, they may face the” Xbox Series S not showing on TV” problem.

This error message appears when the user has done so. Check to be that the cable is inserted into the HDMI Out port before continuing.

Checking to see whether the HDMI ports are connected to the appropriate sources is all that is required to fix the error notice.

If the HDMI In slot is already connected to the display source, you may fix the issue by connecting the slot to the HDMI Out.

There is a significant probability that the problem with the Xbox Series S is caused by bent pins, which would explain why the problem has been occurring.

If you inspect your cable in the appropriate manner, you will see it.

Another method for cleaning the cable is to remove it from its source and then plug it back in.

After you have cleaned it by using a blower or simply by blowing through your lips, reattach it to the source of light after ensuring that there is an enough amount of light.

If you are certain that the HDMI cable is the source of the issue, you may resolve the issue by making an order for a new cable and then replacing the damaged cable with it.

If you want to be sure that there is a problem with the cable, you may either try to connect a new cable or use this cord with another console or device.

It is very likely that the reason Xbox Series isn’t showing up on your TV is due to some form of momentary damage to the file that is now being kept in the temporary folder.

If this is the case, you may try deleting the file from the temporary folder.

If you follow the steps to turn the console on and off, you should be able to solve the problem with your Xbox Series S console.

This is because the temporary folder will not be deleted during certain kinds of shutdowns.

This will also clear the power capacitors, which, in addition to fixing the issue caused by firmware failures, will also cure the problem.

You have to press and hold the Xbox button on your console and hold it until the LEDs turn off.

Wait for at least a minute or so after turning off your Xbox system fully.

You may either plug it back in and press and hold the power button on your console once again, or you can turn it on by hitting the Xbox button on the wireless controller that came with your Xbox.

Method 4: Update the Firmware of your TV

You may be able to repair the Xbox Series S not showing on your TV issue by updating the software on your television.

This is because the manufacturer of certain televisions makes updates to its firmware whenever a new gaming device is released, such as the Xbox Series S.

You can update your TV Firmware by using the following steps below:

Hardware issues leading to Xbox Series S not showing on your TV could also be one of the possibilities.

If you are not an experienced technician in configuring hardware, then you should take your Xbox to be fixed.

It is imperative that you take it to the Xbox repair specialist. It’s possible that the HDMI re-timer chip is the source of the problem.

You will need to bring the console to a professional who will assist you in replacing the HDMI re-timer chip since you will be unable to change the chip on your own.

You will be able to connect your Xbox to your television when the HDMI re-timer chip has been changed on your system.

Method 6: Make Sure your Console is Clean

While using an Xbox or any other electronic device for that matter, you should take precautions to ensure that it is kept clean and dust-free.

When the dust became lodged in the vent of the Xbox, the system began to overheat, and you began to have issues with the Xbox Series S not showing up on your TV.

Or, in a different scenario, the dust may become lodged in the HDMI port of the console, which would also bring about a reduction in the performance of the console.

Xbox Series X/S overheating is a regular complaint of Xbox Users, and if you clean it carefully, then it is feasible for all of the dust to be taken out in order to ensure that air circulates correctly in the system.

If after cleaning it continues to become too hot, you may place an air cooler on your console to keep it from becoming too hot.

In the event that switching to the other display does not resolve the issue, it is time to get in touch with Xbox Support.

All you have to do is get in touch with their support team and explain the problem you’re having to them.

If your console is still covered by its manufacturer’s warranty, Microsoft will replace it at no cost to you; otherwise, you will need to ship it to Xbox so that it may be repaired.