Even if you’re not a fan of Nintendo, the Nintendo Switch is a great gaming system for all types of players. The Nintendo Switch has been around for five years, yet its appeal is still on par with that of its more recent, more potent competitors.

The Naruto Ultimate Ninja Storm Series is the only series of officially licensed anime video games that I would heartily recommend.

Storm, a successor series to the PS2 Ultimate Ninja games, has been a fixture on consoles for the previous two generations since its 2008 release. It combines fanservice with excellent gameplay.

Although Ultimate Ninja Storm 4 (and its substantial expansion DLC, Road to Boruto) served as the series’ ultimate end in 2016, it is still relevant today.

Naruto Shippuden: Ultimate Ninja Storm 4 – Road to Boruto, which is now available on the Nintendo Switch, has a history as rich as its name. The inclusion of all prior DLC makes up for certain technical performance sacrifices

Here is our list of 4 Naruto games Nintendo switch. 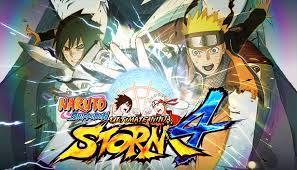 The Ultimate Storm series takes pride in its use of a large cast of characters in showy battles that follow the key story beats of the anime.

While the fourth game’s vanilla material has a few variations close to the Kaguya arc, the first three games provide excellent recaps for the tale of the original and Shippuden (since the anime was still on at the time).

The Road to Boruto DLC expansion, which was also featured in the PlayStation 4 and Xbox One editions, has been added in addition to the story DLC (as well as the character DLC that contains the Sound Five). Boruto Uzumaki, Sarada Uchiha, and Mizuki are the focus of this expansion, along with Boruto’s crew.

The scenario depicts a condensed version of the Boruto movie, which serves as a teaser for the 2017 release of the Boruto: Naruto Next Generations series.

For PlayStation 4, Xbox One, and Windows, Naruto Shippuden: Ultimate Ninja Storm Trilogy/Legacy included an improved re-release. On April 26, 2018, the game was once more re-released on the Nintendo Switch.

Many of the gameplay components from past games in the Ultimate Ninja series are still present in Naruto: Ultimate Ninja Storm. The game’s cel-shaded visuals “will shatter the barrier between anime and video games,” according to the press release.

Despite the lack of internet play, there is downloadable material in the shape of more support characters, other outfits, and new objectives.

Ultimate Ninja Storm lets players engage in combat in a fully three-dimensional environment, in contrast to earlier games where combat takes place against a two-dimensional backdrop. The events of the anime up to episode 135 are broadly covered by the narrative mode. 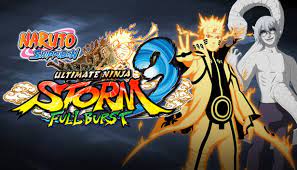 For the Xbox 360 and PlayStation 3, Namco-Bandai games and CyberConnect2 have created the video game Naruto Shippuden: Ultimate Ninja Storm 3.

Beginning with a flashback of the Nine-Tailed Demon Fox’s Attack, the game moves on to the Five Kage Summit arc before concluding with an alternative interpretation of the Fourth Shinobi World War. The game comes in “Will of Fire Edition” and “True Despair Edition” versions in Europe.

For PlayStation 4, Xbox One, and Windows, Naruto Shippuden: Ultimate Ninja Storm Trilogy/Legacy included an improved re-release. On April 26, 2018, the game was once more re-released on the Nintendo Switch.

The game, according to Namco Bandai, would include a “more meaningful” plot and a “focused on further progression” fighting system.

The game adds a new feature called Instant Awakening that allows players to enter awakening mode at any time during combat, even in the middle of a combination, in addition to the standard type of awakening, now known as Adversity Awakening.

The drawback of becoming Instant Awakened is that it uses up all of a player’s maximum chakra supply. 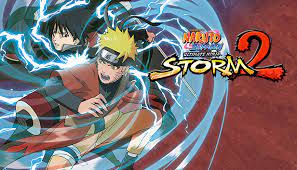 For PlayStation 4, Xbox One, and Windows, Naruto Shippuden: Ultimate Ninja Storm Trilogy/Legacy included an improved re-release. 2018 saw yet another rerelease of the game on the Nintendo Switch.

Many of the features from the previous game are still there in the gameplay. There are 42 playable characters in the game, including two mystery characters, and there are 23 stages. By turning on the Awakening Mode, some characters can also acquire new combinations and moves.

A playable character in the game is Lars Alexandersson, a Tekken 6 character whose third outfit was created by Masashi Kishimoto. With the advent of “single” matches, players can now engage in one-on-one competitions in the Vs mode without the aid of support characters.

Returning supporting cast members. There are three categories of support characters this time around: assault-type, defense type, and balancing type.

The Storm Gauge has been replaced by a new feature called “Drive Gauge.” Players will be able to use the support characters to unleash deadly team Jutsu depending on the Drive Gauge.

That’s all for today’s article on Best Nintendo Switch ninja games 2022.  Do check out all the sections and know you should know which one is the best for you. Till then, stay safe and follow us for more upcoming gaming coverage.