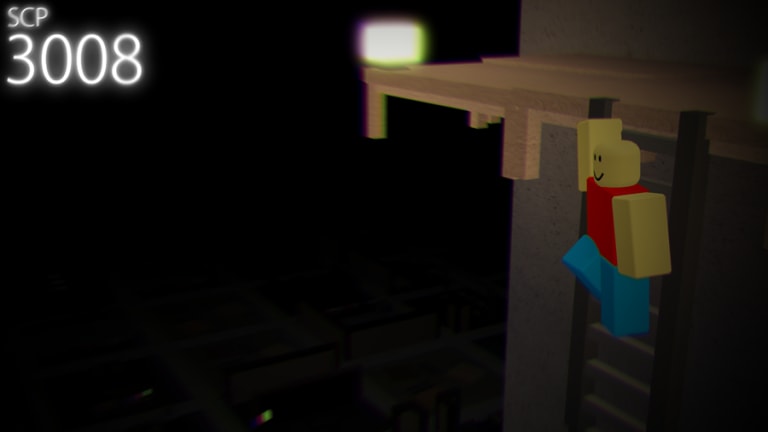 SCP-3008, a survival horror game on Roblox created by Uglyburger0, is available on the platform. The goal of this game is to keep players alive while they meander around an unending IKEA.

In a scenario described in The SCP Foundation Story, players must fight to survive in an unending IKEA environment that is populated by both other players and IKEA employees.

Being a part of the big design community on Roblox is like living out a dream. You may purchase a range of products using Robux either for free or at a discounted rate. After a few games, the number of outcomes seems to rise.

On the Roblox network, you can probably access any game you desire. Given how often new games are released, it would be almost impossible to include every single one.

You can get additional health and energy for use in the game by consuming certain items in SCP-3008. You must locate these things because you can no longer buy them in order to increase your vigour and health. Here is our guide on What does blood night mean in SCP 3008.

Short Answer: Blood night in SCP 3008 means a dark night. It was included in Foggy Days in Update 2.4. Players in the game may also refer to the occasion as “Red Night,” “Blood Moon,” or “Red Moon.”

This is probably a sign of far greater peril. A Blood Night is distinct from a Regular Night in that it poses a greater hazard to participants. Red hued nighttime surroundings and more dramatic music in a distinct key and mood are features of Blood Nights.

For those without bases, Blood Nights make it more perilous since workers spawn more frequently, get stronger, and move more quickly. The majority of their stats, such as an attack, speed, attack speed, etc., have been increased.

Employees will spawn in larger groups during a Blood Night, becoming extremely hostile, and becoming more active and strong than usual. They can sprint at double the pace, leap higher, and climb more quickly.

Pushing them will only cause a briefer shock than usual and a minor knockback. Additionally, they can use path-finding to create various routes for a single player. Employees attack you more quickly but with less harm.

The timer can slow down, the nights can drag on, and the day can linger on for 15 minutes or more, as was already indicated. This appears to be a result of server slowness, people with high ping, servers that Roblox itself has labeled as “Slow Games,” etc.

After a Night, the surroundings undergo a significant shift that gives the area a gloomy feel.

You must remain hidden even if you are inside a base. It is preferable that you build a box to live in while passing the time, using any materials you like.

Build a larger box with storage if you’re building it with buddies. If you don’t already have a base, you should rapidly gather some supplies and construct one, or search for a random or abandoned base. If none are available, use the wardrobe hack to construct a box.

The sole and exclusive goal of this game is to survive. Some individuals play for the adrenaline rush, others build, and still others enjoy themselves alone themselves or with companions. The humanoid things that are present in the game come in a variety of sizes and shapes, and it is your job to avoid them.

Days and nights indeed occur, and they alternate more frequently each day. Day and night last 6 minutes and 5 minutes, respectively, on day 0 plus an additional 4 seconds each day. You should also be aware that new workers are born every day.

Blood Nights are one minute shorter than Daytime phases in general. Even though it is nighttime, Blood Night is really much more visible than Night. This is so because a Blood Night’s ambient is crimson rather than the usual dark of a regular Night cycle.

Since blood moons are illogical in an enclosed structure like SCP-3008-1, it is most likely due to the peculiar circumstances that already exist there that this occurrence exists.

That’s all for today’s article on What does blood night mean in SCP 3008. Do check out all the sections and let us know how this guide was helpful for you while playing the game. Till then, stay safe and follow us for more upcoming gaming coverage.