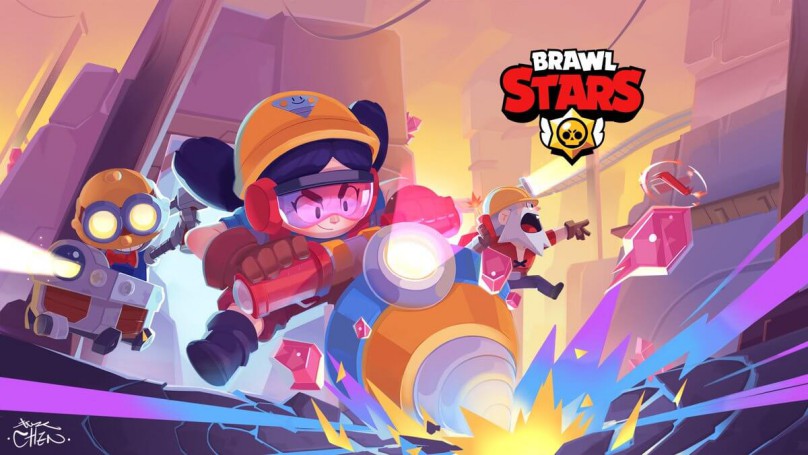 Brawl Stars is currently one of the most trending mobile games that you can play. The game is developed by Supercell, who has also developed many famous mobile games like Hay Day, Clash of Clans, Boom Beach, and Clash Royale. Brawl Stars mobile game is an online multiplayer battle-arena and a third-person hero shooter game where players battle against each other or AI opponents in different game modes.

Players have the choice to select from characters called Chromatic Brawlers that they have or will unlock in the game through Brawl Boxes, Brawl Pass, Trophy Road, or purchased from the Store, to use in battles.

The Brawl Stars mobile game is heading towards the end of its fifth season, Brawl Stars Starr Force, which was launched on February 1, 2021. The space-themed season has included a lot of new content in terms of Chromatic Brawlers, themed skins, the usual brawl boxes, gems, and a new brawl pass to the game.

Today, in this article we will discuss the top 10 best brawlers to use in Showdown game mode. The Showdown game modes are the only one that doesn’t use the 3v3 team set up. In true battle royale fashion, you are all alone (or with a partner) and fighting for your life. In the solo showdown, ten individual players fight to be the last person standing. Deadly gas slowly moves inwards, forcing players to faceoff.

We have ranked these brawlers keeping in mind their effectiveness, especially in the Showdown game modes.

Edgar is ranked first on our list because of its high defense statistics. Edgar’s piercing attacks, his short attack cooldown, his auto-charging Super, and his Lets’ Fly gadget, make him a menace in Showdown. His attack range weakness is covered up by his Super, and both Star Powers benefit Edgar greatly: Hard Landing cripple the enemy so Edgar doesn’t have to wait to deal more damage, and Fisticuffs allows more healing per punch, making the prospects of diving less risky for you and more terrifying for the enemies.

Though he can easily be pressured by long-ranged brawlers like Colt and Rico, bush-camping is an effective strategy. If he can sneak up on an opponent, Darryl’s ridiculously high damage at close range lets him defeat many brawlers easily. Additionally, Darryl’s ability to charge his Super automatically gives him an advantage against most brawlers, as it provides him more options to not only use his roll to get close but also an opportunity to escape in a bad situation. If aimed well in a map with lots of walls, his Super can create some false security for an enemy, and then pressures them when the roll stops.

Bush-camping is a good strategy for Shelly just like other closed-ranged brawlers. Her Super can be devastating to unwary enemies, and her Fast Forward gadget can help her to get closer or further away from enemies. Both of Shelly’s Star Powers are helpful: Shell Shock slows down enemies that might otherwise escape from Shelly, while Band-Aid heals Shelly by a considerable amount.

With high health and damage, especially at close-range, as well as aid attack spread at long-range, Pam is excellent at defeating enemies quickly, controlling an area, or sweeping bushes. Her healing station provided by her Super will give her additional survivability, making her very hard to be taken out – not only healing her but acting as a barricade with limited health, too. Her Mama’s Hug Star Power gives her an advantage that few other brawlers have: the ability to heal while attacking.

Leon’s ability to sneak allows him to accumulate Power Cubes with ease. However, do not try to engage groups or rush the center. Leon has low health and is more suited to picking off enemies one-by-one. His Super allows him to defeat any brawler, even if they have more power cubes than him, depending on the brawler. His Smoke Trails Star Power increases his speed while he uses his Super so that he can use it to escape from his enemies. Leon’s Invisiheal works very well with his kit. He can cycle his invisibility using this Star Power by healing up after every assassination, which is important for a low health brawler like Leon. You can also use Leon’s Clone Projector gadget to Scout enemies in bushes.

El Primo’s Super, which launches him a fairly long distance for a devastating attack, allows him to join into a pre-existing fight, or chase down players that they think can escape. He can pressure enemies easily but works better alone than in a team because he will constantly be chasing down other people due to his close-range attacks. El Primo is a good brawler to bush-camp with, due to his powerful close-range attack. Any mid or long-ranged brawlers who he can sneak up on will have virtually no chance of survival unless they can use a Super or gadget to get out of El Primo’s range.

When he hits a target, Spike can deal really high damage to a single target. Even if he misses, the six spikes will burst out and might hit a target, giving him the ability to pressure enemies. Also, his Super can slow down enemies, as well as heal him if he has his Fertilize Star Power. His Curveball Star Power makes it even easier to hit a target. Spike counters Bull and other heavyweights exceptionally well at close and mid-range.

Rosa’s Super allows her to take 70% less damage while rushing a brawler so she can get close to do high amounts of damage without risking large amounts of health (in most cases). Since Rosa has one of the shortest attack ranges in the game, she benefits from bush-camping to ambush brawlers. Bush-camping is her strength because she can plant bushes with her gadget Grow Light as well as heal from them with her Plant Life Star Power.

Piper has high long-ranged damage and can fly away using his Super. She can also bush-camp and snipe brawlers, especially with her Ambush Star Power. It is critical to keep other brawlers at a comfortable distance and charge Piper’s Super since she is weak at close-range and has low health. Keeping enemies in check with steady sniper fire tends to help with this. Her Auto Aimer gadget can also save her, especially from the melee and very fast brawlers that frequent this mode.

Jacky’s main attack advantageously disregards aim and walls and is very useful to quickly break down large clusters of Power Cube boxes in maps such as Acid Lakes or Feast and Famine. She can also defeat enemies easily by pulling them with her Super, as well as hunting them down with her Pneumatic Booster gadget. In a confrontation with any other brawler who can’t attack through or over walls, Jacky’s best move is to stay on the opposite side of the wall and bait the opponent into her range, presenting an easy target.

Well, this is our list of the top 10 best brawlers for the showdown. You can check out these brawlers in showdown yourself and decide which is the best one from the list for you.