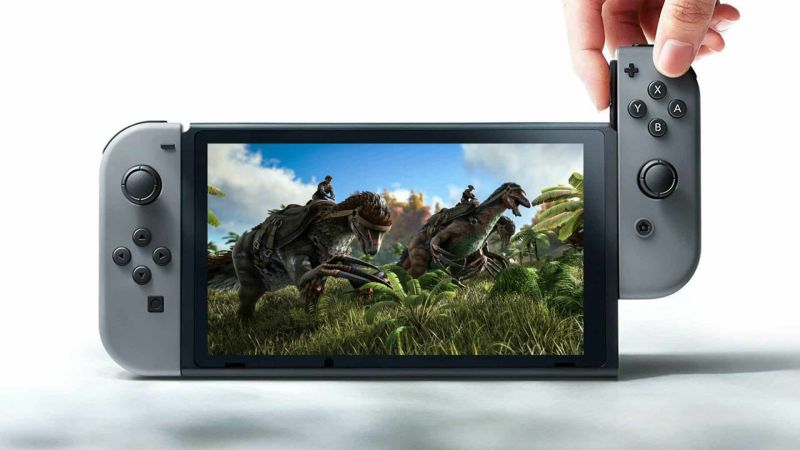 For as long as video games have existed, survival has been among the most engaging.

Typically, a survival game is all about beginning with nothing, carefully building tools and furnishings, and cautiously travelling farther into the area, where a slew of creatures, traps, and obstacles await you.

If you’re playing on the Nintendo Switch, there are so many survival and action games available that you might overlook one or two gems.

Here are some of the best survival games on the Nintendo Switch that you should consider adding to your collection. 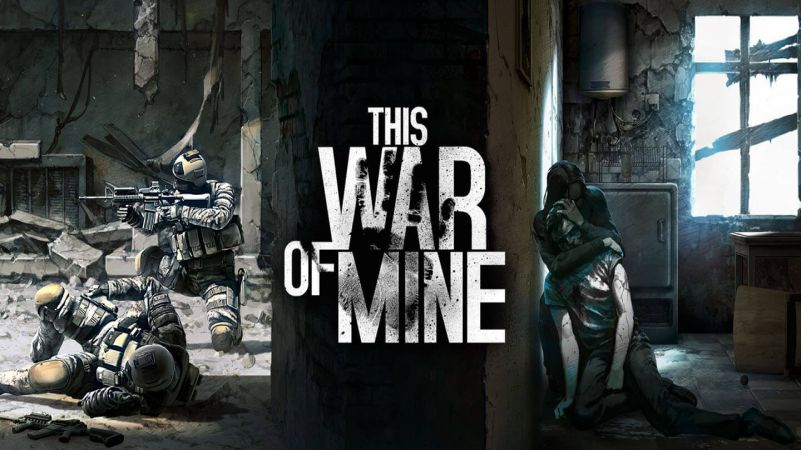 These survival games may not seem terrible enough to you. If this is the case, you’ll definitely appreciate This War of Mine, which combines survival mechanics with a life under siege.

If you want to survive in war-torn Graznavia, you’ll have to rob bombed-out homes for food and other necessities.

It’s not uncommon for the resources you steal to be the life-saving medications of an elderly couple or the last of a family’s food supplies, so you’ll have to weigh your survival instincts against your willingness to bury your morality. 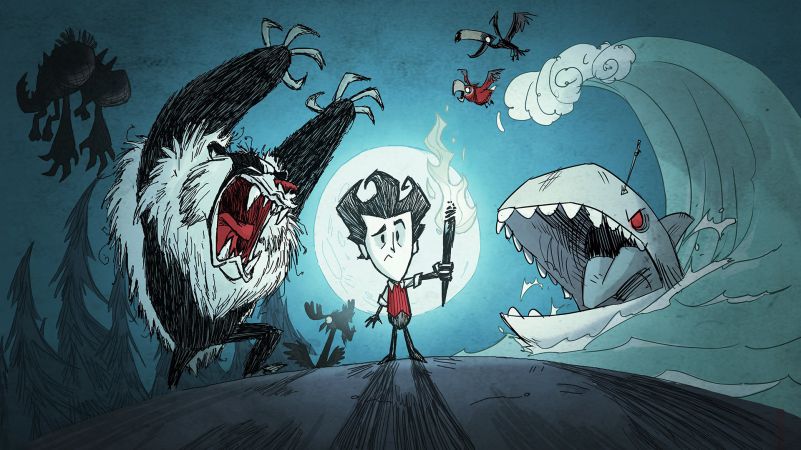 Avoid starvation is the only focus of Don’t Starve. After all, it’s the most straightforward method of surviving.

Don’t Starve, on the other hand, is a little scarier than other survival games because of the additional element of horrific, terrible terror – imagine spiders, reptiles, and the creeping sense that somebody, somewhere, is watching you.

Keep away from Don’t Starve if you’re terrified of the dark since the game will persuade you of a number of reasons why you’re right.

However, Don’t Starve Together, the multiplayer feature, is not accessible on the Nintendo Switch. 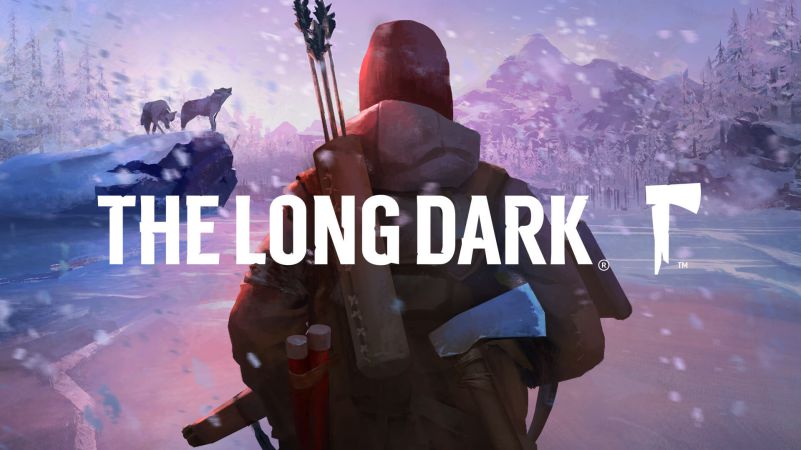 With Astrid gone and the aircraft crashing, you’ll be attempting to figure out what happened in Story Mode.

Instead, you’re only attempting to avoid being devoured by bears if you choose to play in Survival Mode.

For those who like solitude, chilly weather, and gloomy surroundings, The Long Dark is the perfect game for you. 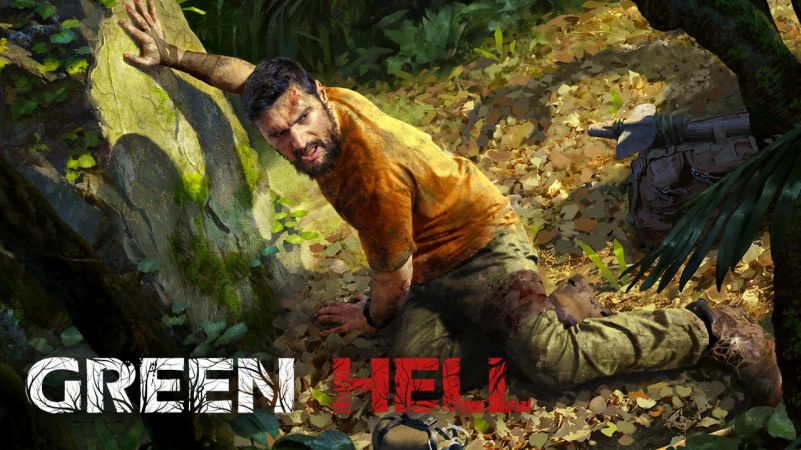 You and your companion are separated and must fend for yourself in the Amazon Rainforest—a veritable green hell.

As long as you’ve got the stamina for it, you may try your hand at survival, challenge, or narrative modes.

Your mission is to survive a nervous break down, savage tribes, dangerous animals, and dwindling health in a hazardous environment.

The only thing you get from the gameplay is a desolate landscape. Recipes, collections, and making treasures are all up to you.

To make the most of this eco-adventure on your own, you’ll need to brush up on your real-world survival abilities. 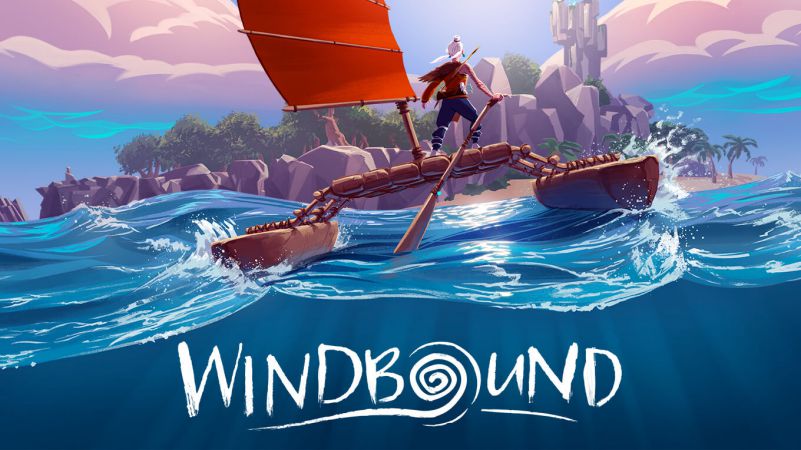 As a stranded survivor, your goal is to uncover the mysteries of this beautiful open world as you construct and battle for your life.

A boat, food, and Windbound are all you need to discover the lighthouses on each island.

As you go through the game, you’ll need to collect materials to craft weapons for combating animals and improve your boat.

In this lonely sea voyage, the focus is on surviving the perils of the deep. 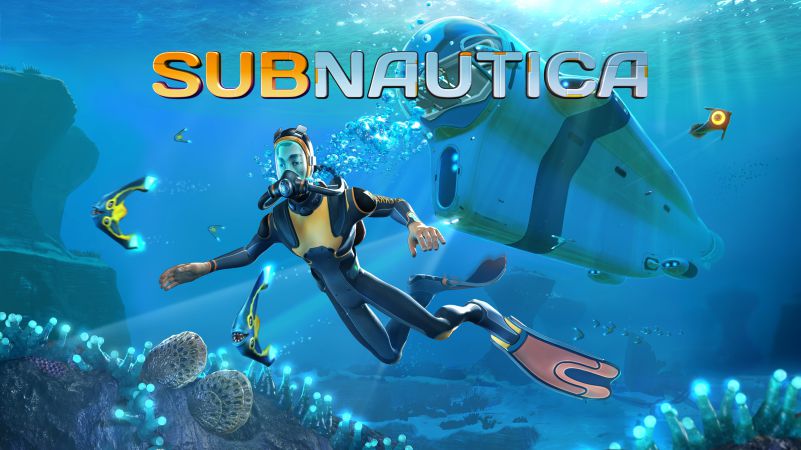 After a spaceship crash lands on an exotic world, the story of Subnautica starts.

The primary goals of this game are to survive by gathering resources and forging weapons.

However, its uniqueness lies in the fact that the majority of the gameplay takes place underwater.

In order to retain weapons, vehicles, and other materials, you’ll be designing and constructing submerged fortifications.

The game forces you to battle or flee from frightening marine animals. The ultimate objective is to breathe while escaping the strange world. 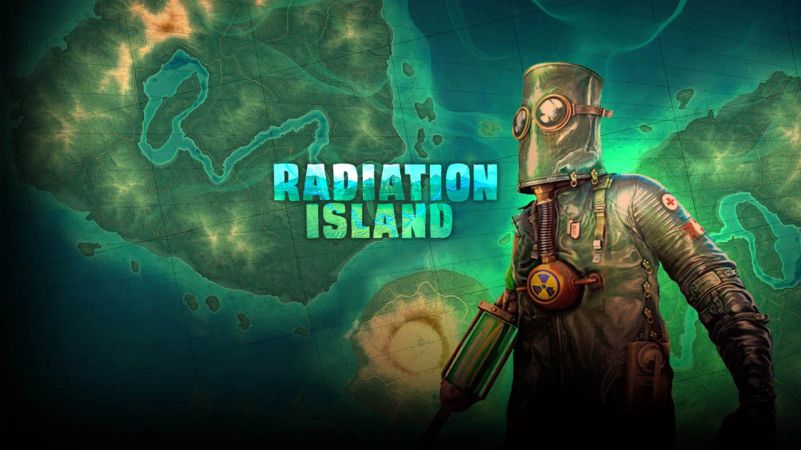 The Philadelphia Experiment is the inspiration for Radiation Island. Suddenly, you find yourself in a parallel universe.

You’ll be able to take on zombies, lions, wolves, and other predators while gathering resources to manufacture new weapons.

You don’t have to play the game in any particular sequence since it’s an open-world game.

Exploration mode may also be used if you merely want to wander about without any threats. 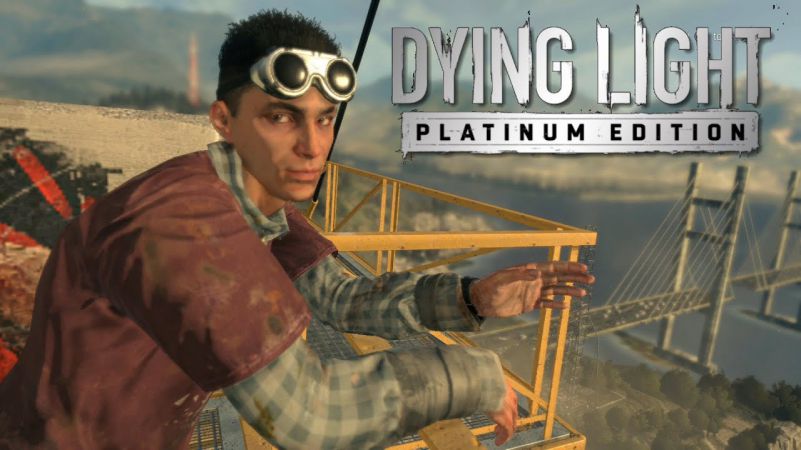 It’s all of those things in one game: survival, shooting, and strategic thinking all bundled into one.

In this open-world zombie apocalypse game, you will parkour through the rooftops and build weaponry.

You are tasked throughout the game with locating a file with information on how to cure the infection and preserve mankind.

A team of up to five people may participate in this game, although it can also be played individually.

There are many different kinds of zombies out there. Every battle degrades your weapons, which is why crafting is so important.

If you can manage to remain alive long enough, this action-packed, graphically spectacular game will have you hooked. 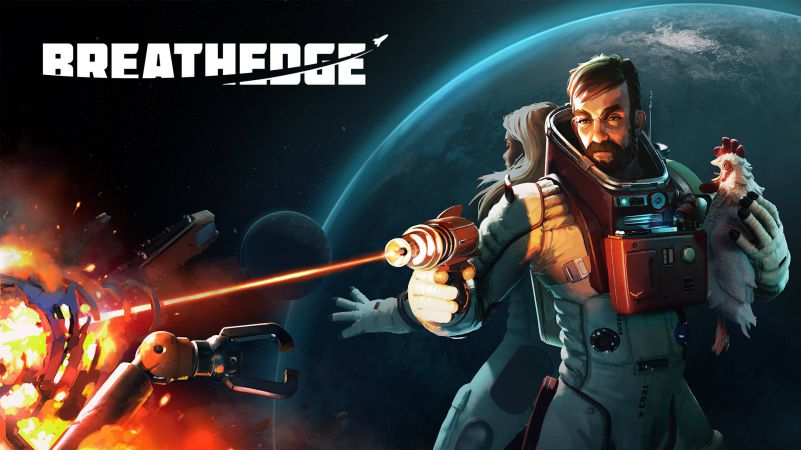 Breathedge is a space odyssey for a single player. You and a mortal chicken are stuck in space after your spacecraft went down.

The plot revolves on gathering and using resources while also keeping an eye on the air supply.

Every time you enter a dangerous zone, you’ll have to contend not just with dwindling oxygen supplies but also with the cold and heat.

In addition, you’ll have to watch out for lasers and robots that may kill you. 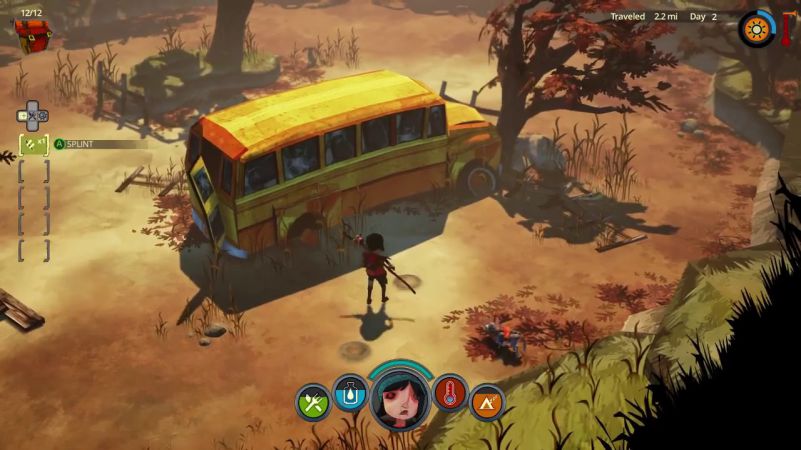 The Flame in the Flood is a brutally difficult survival game for those who like it that way.

Sickness and injury are common occurrences, as is starvation. If you survive all of that, a wolf or a bear will most certainly maul you to death.

Furthermore, your exploration is limited since you’re on a river raft, and you’ll have to scavenge supplies from islands along the route.

And if you were to miss an island, you’re out of luck, buddy. 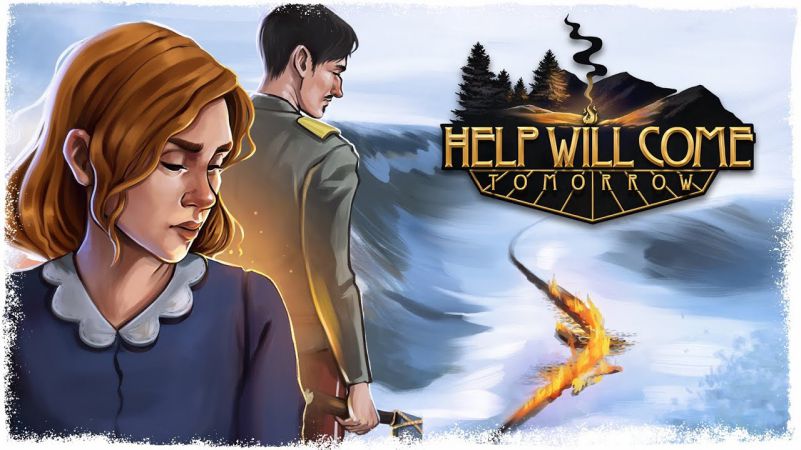 A gorgeous strategy-survival hybrid set in 1917 Russia, Help Will Come Tomorrow is a must-have game.

The game begins with a railway accident that derails the train and leaves a group of players alone in a frozen wilderness.

You’ll have to fight off enemies and dangerous animals, manage hunger, and keep the party in high spirits while playing this game. 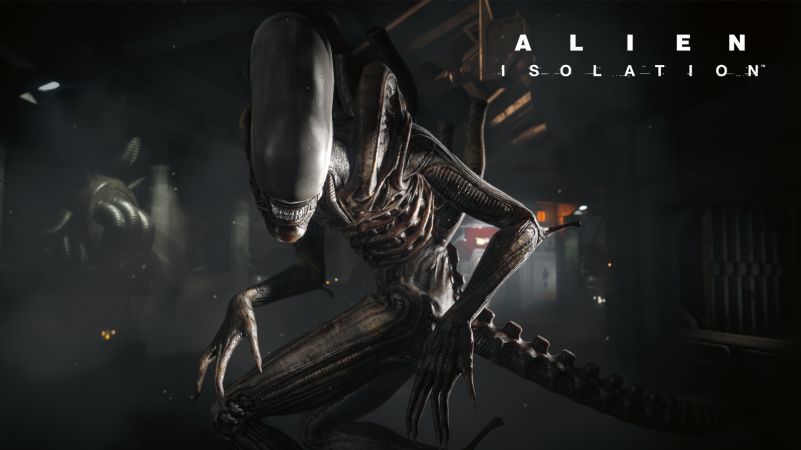 If you’re looking for a spine-tingling survival horror game on the Nintendo Switch, go no further than Alien: Isolation.

On the Sevastopol space station, you play Amanda, who is being hunted by the creepy xenomorphs.

Xenomorphs stalk you in this game, and the dread-inducing atmosphere is just right for the spooky surroundings.

A survival horror video game that will have you on the edge of your seat is a must-have. It’s spooky, well-made, and packed with some extremely creative features. 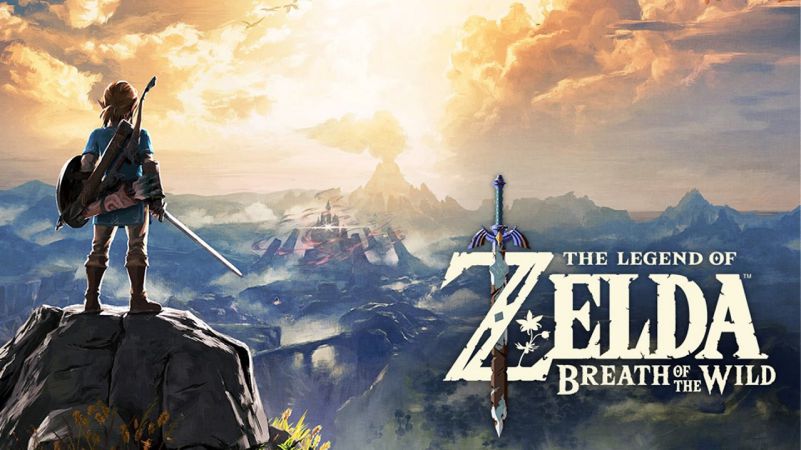 In Breath of the Wild, a vast open-air adventure, you’ll traverse plains and mountains.

Throughout this action-packed, visually stunning journey, you’ll die a lot and become better at surviving.

In order to save Princess Zelda, you’ll have to study and experiment a lot.

The game has a wide variety of weaponry and magic tricks that you may employ to your advantage. 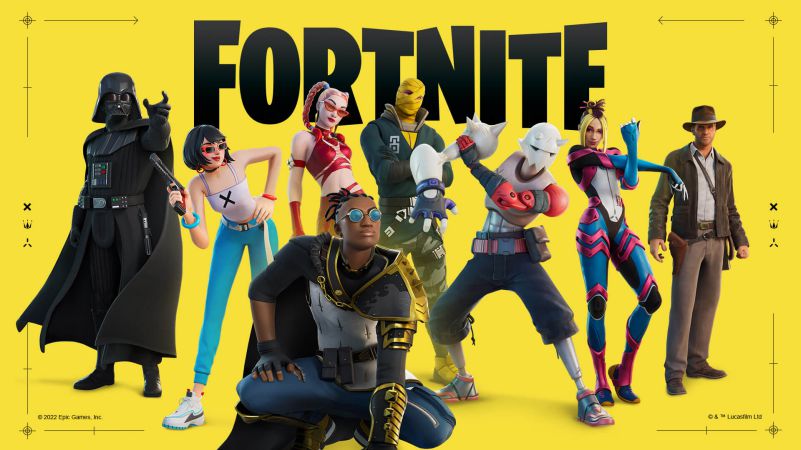 Fortnite is a survival-shooting video game similar to PUBG, but with a smaller area and fewer players.

It’s possible to play this game by yourself or with a group of 99 others.

It begins with a skydive on a tropical island. After then, you’ll have to fight to the death in order to win the game.

To survive, the player must scavenge, run, and shoot their way through the game’s several levels. 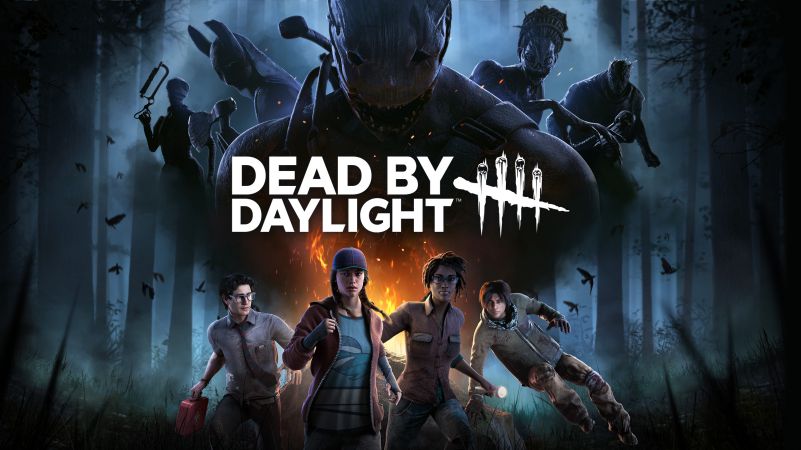 Dead by Daylight provides you two options: kill or flee. This is a survival horror game that may be played alone or with a group of up to four people.

As a hunter, you might choose from a variety of killer profiles, learn the trade, and begin your search.

Surviving the arena as an individual or as a group is an option as well. 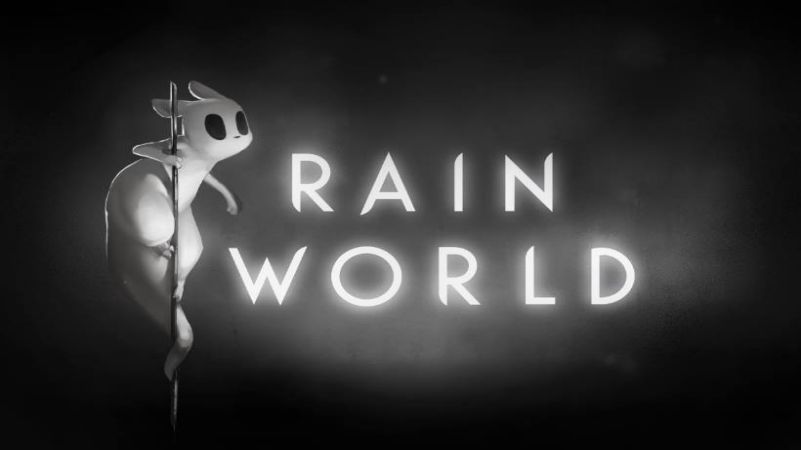 With a story focused on a clan of slugcats, Rain World is a gloomy 2D platformer about survival and family.

To begin the game, your character, a juvenile slugcat, slips off the back of its father. This establishes the game’s central goal.

For the sake of your loved ones, you’ll have to traverse dangerous levels, evade adversaries, and keep an eye on your health.

If you’re searching for something different in the survival genre, consider adding this game to your collection. 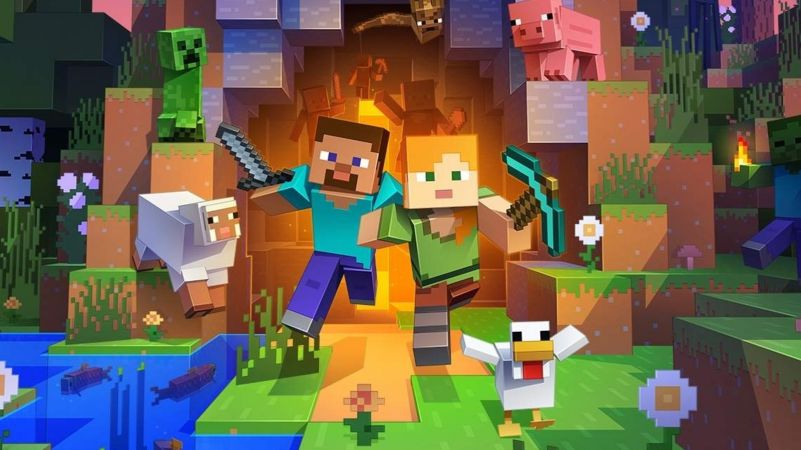 Minecraft is one of the most popular games in the world for a good reason, and it’s still entertaining to play whether you’re building a life-size Disneyland or hiding from creepers.

During your initial night in Minecraft, you’ll be fending off opposing mobs and scrounging for materials, and it will take a while before you’re totally secure.

Even if you’ve never heard of Minecraft, it’s still an excellent survival game that allows you to create the planet of your dreams.