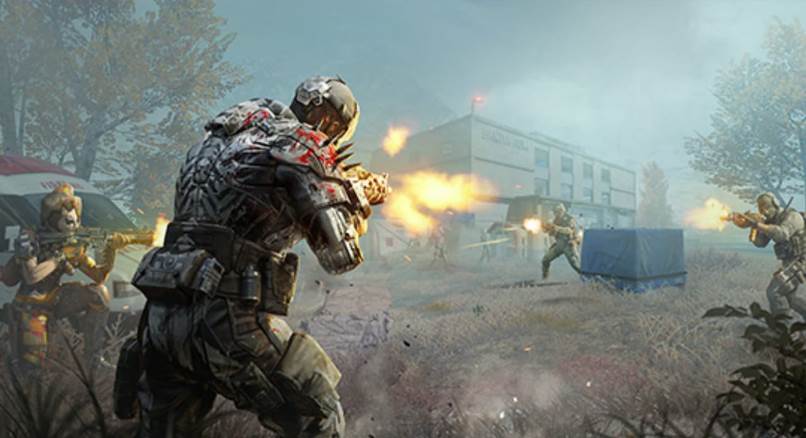 Call of Duty Mobile is Celebrating its first Anniversary. Season 11 is now up and live. Players all around the world are busy grinding to the best of their abilities to unlock all the goodies and merchandise which Season 11 has to offer. This season has a ton of rewards like new weapons, characters, perks, maps (Alcatraz), modes, and much more. However, since Halloween is around the corner, players have been expecting a Halloween theme update.

Well, it looks like Call of Duty Mobile won’t disappoint once again. CoD Mobile didn’t launch all the updates in one go. Just like the previous season, they did it in parts. Now, they are all set to release the Halloween Update for which the players have been so curious.

Call of Duty Mobile was dropping hints even before the Halloween Update was confirmed. They captioned the image, “Something spooky lurks this way… Coming to #CODMobile in the next season!” In the picture, we can see the Jack-o-lanterns as well as the Pumpkin heads. The map is going to be the Standoff map. It was adopted from the Call of Duty Black Ops 2’s trendy standoff map.

In the Update, it has been speculated that players will be getting new Seasonal Events and Lucky Draws. The Halloween Update is also expected to feature new challenges and rewards. The NA-45 Sniper was a much-awaited weapon. It has not yet been launched. So, it is expected that the weapon is released in the upcoming Halloween Update.

In addition to the Halloween Theme Standoff map and new weapons, the Halloween update is also expected to bring along with it new weapon skins like – Black Top skins for the LK-24 and KRM-262 and also a Static Electricity skin for the M21 EBR.

The Undead fog event is also expected to go live after the release of the update. The fog was seen in the backgrounds of some of the Call of Duty Mobile images. There is also going to be a new map – KING in the new Halloween Update.

The Lucky draw is going to feature a Legendary skin for the NA-45 Sniper along with epic Thorned Rose soldiers, emotes, charms, etc.

From the looks of it, the Halloween Update is going to be bang, and players can’t stop hyping about it. The Halloween theme is something the Call of Duty mobile fraternity is going to love and enjoy. Until then, let the countdown begin!