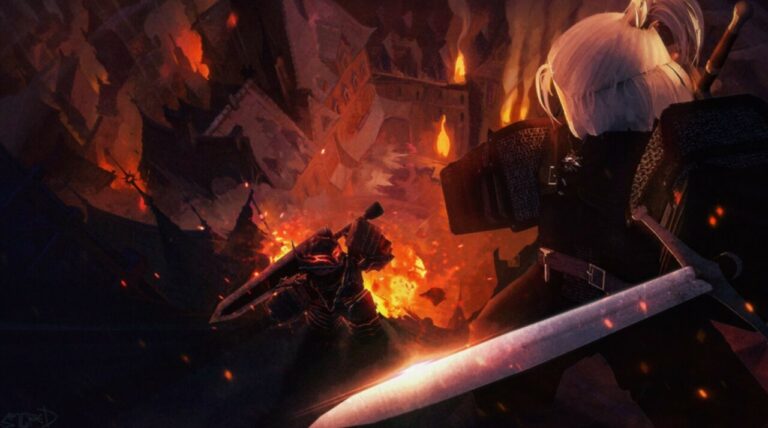 Combat Warriors is undoubtedly one of the greatest battle simulation games available on Roblox, despite the fact that there are many others. If you’re searching for a battle-royale simulator, this is especially true.

In addition, Roblox Combat Warrior’s central idea contains a lot of combat, as the game’s name would imply. While there are many combat strategies accessible, we’ll discuss some of the greatest techniques to improve your performance in Roblox Combat Warriors so that you may reach god tier.

One of the most intriguing Roblox games, Combat Warriors, and a lot of people want to play it. However, it appears that many novices lack the knowledge necessary to vanquish their adversaries. To know how to get Tommy Gun in Combat Warriors, click here.

In the challenging multiplayer game Combat Warriors, you must select a weapon from a limited selection and utilize it to battle your adversaries. We’re going to give you some advice on how to play the project today since we think it’s intriguing.

Here is our guide on How to get good at Combat Warriors (Roblox) | Tips & Tricks.

How to get good at Combat Warriors

In the challenging multiplayer game Combat Warriors, you must select a weapon from a limited selection and utilize it to battle your opponents. Today, we’ll provide you with some advice on how to play the intriguing project.

Find out how to Parry

By using this mechanism, you may deflect an attack by hitting the F key. A purple shield will appear in front of the user (which may be altered with the Parry color gamepass). When the shield is up, enemies that hit it will be stunned, allowing you the opportunity to attack.

The shield has a three-second cooldown. Instead, you will have roughly 5 walkspeed for about 1.5 seconds and won’t be able to swing during that time if they do not strike the shield when you parry.

The parry won’t usually affect your opponent if they are trailing, therefore this element is only somewhat useful. When someone is parried, pressing Q (stomp) will knock that person to the ground, allowing you the opportunity to virtually kill the opponent.

Knowing when to parry is crucial; you must learn not to panic parry during battles. Parrying is a complex mechanism that penalizes you if you don’t parry an attack.

You may penalize your adversaries by luring out their parry, just as you can be penalised for parrying ahead of time. Slide in to strike, tricking them into thinking you’ll attack but hold off for a moment or two, to draw out their parry.

Most of the time, this will lure out their parry and give you enough strikes on them to kill them. You’re going to become a pro if you learn the parry mechanism.

When you or your opponent has a high ping, reflex won’t help you; instead, anticipate what they’ll do. One player can be stunned by this; no more, no less. Technique implies that this is less effective in a battle involving numerous participants.

Provoke players into parrying before they are ready. If you let them parry first, your adversary will probably slash. Utilize this chance to parry.

Try adjusting your parry color to your avatar’s primary color if you have parry colors. Your parry may become considerably more difficult to view than the common and noticeable purple parry.

You will occasionally make poor choices, therefore you should constantly be aware of it. Study your own errors so you can avoid them in future contests. so that you can pick the appropriate defense against your adversaries in the future.

Even though it might seem obvious, it is crucial to avoid approaching adversaries when playing.

They will parry your attack if you do this. In Roblox Combat Warriors, it’s also a good idea to constantly moving about; any type of mobility, such as sprinting, leaping, or rolling, might be advantageous to you. This advice prevents other players from using weapons like a Kunai or a Frag Grenade to harm you.

Being predictable is the worst thing you can do in multiplayer games like Combat Warriors. Your opponents will always be able to counter you if they can read your moves.

You should employ a variety of assaults and utility items while attacking them from diverse angles. Thus, it will be more difficult for your adversaries to comprehend your battle strategy.

Continously practice and improve your gameplay

The first, most important, and most apparent advice is to practice the game to become a pro. The most crucial step in learning a game, regardless of the platform it is played on, is practicing the game mechanics and potential scenarios. Knowing what to practice is equally crucial if you don’t want to spend time on pointless activities.

It’s crucial to practice how to maneuver around the map, when to parry, when to strike and when not to, how to escape utilizing all of the tools at your disposal, and which utilities to use when.

Making the most of the Beginner server is another option to level up in Combat Warriors. You may level up quickly here between 20 and 30. Naturally, if you are Level 15 or under, this will only function, so be careful not to leave the Beginner servers when leveling.

To that end, you can employ tools like the Kunai, C4, Bear Trap, Frag Grenade, and Ghost Potion whilst playing Roblox Combat Warriors. For instance, a Ghost Potion can temporarily make you invisible so that you can attack other Combat Warriors players. So utilize these priceless in-game resources.

Increase and Improve your movement in-game

Combat Warriors has several different mobility tools, including running, dashing, sliding, rolling, leaping, and a special maneuver called super jumping, which we shall discuss later. Moving about a lot helps you get into or out of confrontations and creates opportunities for you to strike an opponent.

As sprinting and sliding both use a resource called stamina, you should always save your stamina for sliding rather than sprinting as sliding is far more important for escaping.

Dashes and rolls can be used to sneak up on targets quickly. A player with a combination of all these tools may flee from battles and re-enter just in time to launch an assault. You can leap and slide for added momentum. To remain centered where you want to be, the camera movement is also crucial.

Use different utilities to surprise opponents

To become an expert at this game, you must grasp utility, another crucial component. Three slots in the utility kit may hold various items for both offensive and defense. Most professionals agree that the greatest tool combination is Kunais, C4, and either ghost potion or bandages.

Use any utility you have since you’ll need to grind for all of these as they aren’t all available by default. Utility is useful for both farming experience points and gaining kills. To get the upper hand, lob C4 and frag grenades at a group of adversaries.

Enabling Debug Mode in Combat Warriors gives you the opportunity to observe and comprehend hitboxes better. To discover this setting, look for a “Gear” symbol on the right side of your screen.

The settings list’s Debug Mode will be the last item. You may test out different weapons using this option to observe their entire field of impact.

And also, approaching huge servers with plenty of players is a typical error that many people do. Watch out for farmed accounts on these servers that are mostly camping. The best course of action is to avoid them if you’re playing Combat Warriors on your Windows PC because they will cause some annoying slowness.