If you notice that your Nintendo Switch is getting too hot, you might be wondering how to stop it. We have provided 4 helpful ways for you to address Nintendo Switch overheating in this post.

Whatever the cause, we’ll find it and resolve your Nintendo Switch’s heating issue. All you have to do is attentively read the directions and follow the procedures.

Here is our guide on Fix: Nintendo Switch overheating in the dock. So, let’s get started.

Why is Nintendo Switch overheating in dock 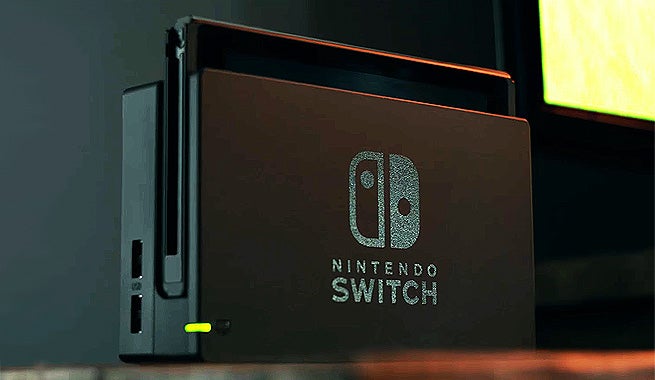 Short Answer: Nintendo Switch overheats in the dock because of a number of reasons, including The gadget could be working hard to satisfy graphical requirements, or the air vents can be blocked.

Most of the time when you play any game, Nintendo Switch makes unusual noises or after 30 to 50 minutes of play, your Nintendo switch overheats on the right side and the fans start to hum.

According to a Reddit user, it can occasionally become warm while charging on the dock. This is because your Switch’s internal fan is possibly damaged.

We’ll talk about some of the finest solutions for the Nintendo Switch overheating in the dock problem.

Ventilation is a major problem in the conventional Nintendo Switch Dock’s design.

Despite the ventilation fans that are integrated into the Nintendo Switch dock to aid with air circulation and reduce heat, Nintendo may be more successful in building a dock with a less tight structure.

The Nintendo Switch is probably overheating since neither of its faces can be opened for ventilation while it is docked.

Although using a different dock with no associated design is a good idea, your Nintendo Switch can still be charged using a USB-C connector.

It’s simple to leave your consoles running continuously, which causes Nintendo Switch to overheat and shut off on its own. For frequent players, this happens frequently. The health of your console does not, however, depend on this workout. Your Nintendo Switch may be the lone offender for its heating issue.

Working overtime involves persisting in using the equipment for lengthy periods of time without taking frequent breaks to let it cool down. The interior parts are also severely damaged. When you start to feel too warm when playing in handheld mode, you should normally cease using the console since it might result in skin burns.

Setting up the dock in a cool place is the simplest strategy you may attempt. The dock will suck hot air into the device if it is positioned in an area that is very warm or poorly ventilated. This makes it difficult for the Nintendo Switch to adequately dissipate heat, which increases the possibility of overheating.

So please keep in mind to store the Switch in a cool, well-ventilated area. Put it on an elevated platform instead of the floor, like a table, where air can readily pass through, as an example. By doing this, you may safely use your Nintendo Switch for a long period without it getting too hot while also extending the console’s lifespan.

Another solution to the “Nintendo Switch overheating” problem is to unplug the console from the power supply while it is not in use. Your Nintendo Switch may sustain heat damage if it is hooked into a power source for an extended period of time.

The metal Joy-Con rail may also be blamed for the Nintendo Switch getting too hot when in handled mode. Over time, the rail could amass a lot of dust and dirt. You should thus frequently clean the slider rail on your console.

The vents shouldn’t have any dust accumulation on them. You can take it to a professional if there is a lot of dust and you are unable to remove it yourself. If not, you can eliminate dust accumulation by using a cleaning instrument like a vacuum.

Choosing a different dock is the next approach to resolving the “Nintendo Switch overheating” problem. The Switch’s included dock is functional, but it doesn’t do the best job of keeping the device cool. Even some players claimed that it may scratch the console’s screen.

Please utilize a third-party USB-C dock to charge the console to prevent the dock from overheating the switch. To keep the air flowing freely, you can alternatively pick a dock with more “open” features. Both solutions enable hot air to depart and cool air to enter, making them both preferable over a typical dock.

As soon as new system updates become available, make sure to update the console. The most recent versions frequently include many of useful fixes and enhancements. If the overheating issues you’re having are brought on by a known fault, Nintendo probably has fixed the problem in the most recent patches.

While charging, your Nintendo Switch system may become a little warm, but that’s normal. While the console is charging, you can play your favourite games, although doing so may cause overheating problems. Press the Play button after letting your console charge and unplugging the power supply.

When not in use, don’t forget to disconnect the console from the power supply.

That’s all for today’s article on the Fix: Nintendo Switch overheating in dock.  Do check out all the sections and know you should know which one is the best for you. Till then, stay safe and follow us for more upcoming gaming coverage.