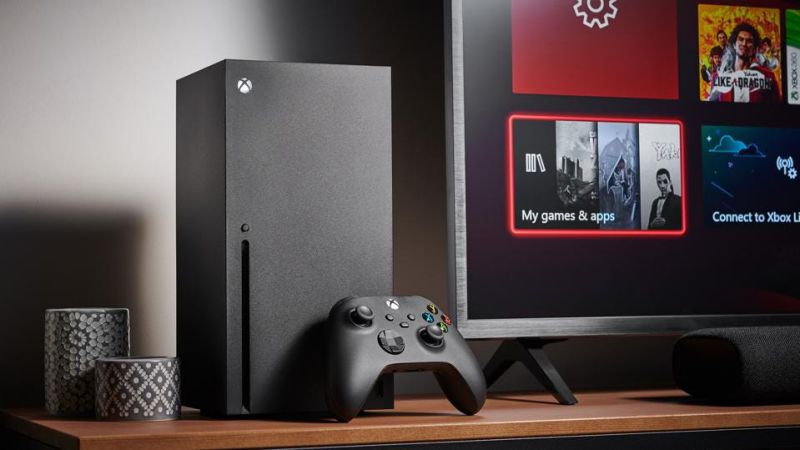 It is possible to play thousands of games from four generations of Xbox on the new Xbox Series X.

Not to mention, the Xbox Series X‘s mix of incredible power and near-silent cooling makes it a fantastic gadget.

Load times are greatly reduced and overall game speed and graphic quality are improved by the Xbox Series X thanks to its strong specifications.

Despite the fact that it has several useful features like as Quick Resume, Smart Delivery, and backward compatibility, it still falls short in certain aspects.

Recently, there have been a few reports of players being dissatisfied with the level of noise produced by the Xbox Series X fan.

In this article we are going to explore the reasons behind this issue and discuss the various troubleshooting techniques to resolve the same.

Short Answer: Your Xbox Series X fan might be making noise due to long sessions of gameplay or visually demanding games. The fan may have gathered dirt or you may have put your console in an area with inadequate ventilation.

As long as you’ve been playing for an extended amount of time, the Xbox Series X fan will make a noise.

Your console is protected from harm by the fans operating at full speed, which are responsible for cooling down the console’s components.

If inadequate ventilation is to blame, you may need to move your console to a different location.

If your console can’t handle new games, it may get louder over time. Also, if you haven’t cleaned it in a while, it may get noisy.

Method 1: Use compressed air to clean the fan

Cleaning your Xbox on a regular basis is the best method to keep it quiet. The fan on your console will have to work harder if it’s clogged with dust.

As a result, the fan becomes louder as it spins faster, which might get annoying.

It’s possible for dust to produce noise in other ways than obstructing fan grates and producing a temperature increase in the console itself.

Each spin of the fan may be damaging the surrounding components if lint is stuck on the blades.

To prevent this from occurring, but still allowing your console to cool down you should clean your fan and free of dust.

All you’ll need is a pressurized air can and a microfiber cloth to get the job done.

If you don’t want to use pressurized spray cans, you can alternatively get one of those electric dusters.

To begin, use your microfiber cloth to carefully remove any dust from the Xbox’s surface.

Keep pulling the cloth in the same direction to prevent forcing the dust into the ports and through the dust grates.

Make sure to use the tiniest nozzle on your spray can or electric duster once you’ve cleaned the device’s outside.

The console may be cleaned with brief bursts of compressed air. The fan blades might be damaged if the blasting is left on for an extended period of time.

Even if you clean your Xbox in this manner twice a month, a more thorough cleaning is still necessary from time to time.

Even if you wipe the dust off of your Xbox on a regular basis, some of it will inevitably make its way into the console.

Keeping your console clean is a necessary part of keeping it in good working order.

Turn off your Xbox and unhook it from its power source and any other devices that it’s connected to in order to begin the process.

It may be done in the garage or even outdoors on a level and clean work surface. When you’re cleaning, you’ll want to bring along a microfiber cloth and a dusting brush.

In other cases, a toothbrush or a smaller instrument may be required.

Check out other people’s disassembly videos of the same console model before you open yours apart.

It’s also a good idea to check your Xbox manual to determine whether opening the system would invalidate your warranty.

A thin flathead screwdriver is all you’ll need if you’re certain you want to continue.

Xboxes are now kept together by clips or screws depending on the model.

Start by carefully pulling the bottom tray out with the screwdriver if you have the earlier model.

Use a screwdriver to release any screws that are keeping it together if you have the alternative.

With your brush, dust each section that is removed from the console as you remove each piece.

Because of your frequent use of a compressor, these components are likely to be free of dust. However, you’ll discover more lint as you go farther inside the unit.

Method 3: Take apart the fan to look for problems

Make sure to inspect your Xbox while you’re cleaning it properly for any defects or damage.

Any shipping problems that could have occurred otherwise would not be visible to you. Dismantling the fan might invalidate your console’s warranty.

Starting from the bottom up, you’ll be able to get right to the fan in no time.

In the event that you’ve owned the Xbox in question for some time, it’s likely to be dirty.

You may remove the fan to examine it more closely once you’ve cleaned it.

To unscrew the fan, you’ll need to remove the sticker that shields the fan’s bearing from dust and debris.

Using a flat and thin tool, you can pull that off.

Remove the sticker, and you’re telling the manufacturer you’ve tampered with the gadget.

Avoid doing so if you intend to use the warranty as a means of getting compensation for any problems.

If that’s not a concern, you’ll need a specific pair of pliers to remove the snapper ring.

Between the blades and their housing, there is a little tapered spring that should be noticed.

Ticking noises may be heard while the blades are whirling if they are somewhat loose.

Increasing the fan’s resistance may be as simple as stretching the spring before reassembling everything. This may help stabilize the blades and reduce the noise.

Method 4: Install a quiet fan in its place.

If you examine your Xbox fan more closely, you may find that it has been physically damaged.

The only option if the blades or housing are damaged is to replace them. It’s possible that’s going to be more difficult than you’d imagine, unfortunately.

Using a Nexus 70mm quiet fan is recommended by one YouTube tech expert, but any 70mm product should work.

Technically, these items aren’t intended to be used with Xbox systems.

You should measure the original fan that came with your console before buying a replacement since some devices have bigger fans.

The process should be as easy as removing the old fan and replacing it with the new one after you’ve found the ideal model.

After that, all you have to do is reconnect the cables according to the video and reinstall everything.

Reset and remove everything:

The Xbox will be wiped clean of all data, including your user accounts and installed games, if you choose this option. A true factory reset takes place here.

If you’re getting rid of your console or trying to solve an issue, you should only use this method as a last resort.

Reset and keep my games & apps:

This is the best option to use when troubleshooting issues with your Xbox. There is no loss of games or applications as a result of the operating system being reinstalled.

If you notice that your console is having a lot of unusual problems, this is one of the greatest cures.

If you don’t want to reset the console, you may use this option to cancel the reset. Without a hitch, you’re returned to the game’s main menu.

How to clean Xbox Series X fan without opening

There are two different approaches you may use to clean the fan on your Xbox One without having to open it.

Method 1: Make use of an air compressor

Using them is very simple. To begin, use a microfiber towel to wipe off the surface. It’s imperative that you use the towel to eliminate as much dust as you can.

You may use your air compressor after you are done dusting it with the towel.

The second method is to clean your Xbox fan without opening it by using a vacuum cleaner.

Everyone has one and it’s easy to use. Turn on your vacuum keeping the suction power to the lowest setting.

It’s important to pay attention to the crevices while vacuuming. After you’ve cleaned off the external dust, soak a cloth in Isopropyl Alcohol.

Wipe out the Xbox’s exterior using a soft cloth or sponge.