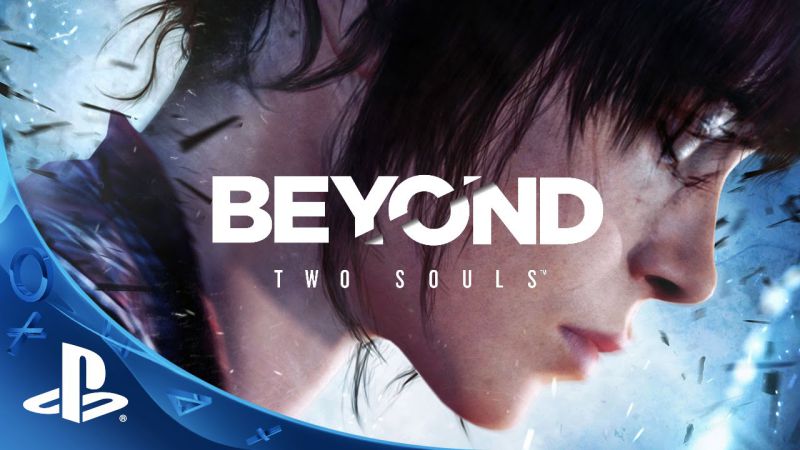 Players are led through the tale as Jodie or Aiden and may explore the game environment in either of their respective personas, but at its heart, Beyond: Two Souls is an epic adventure game.

Whether you’re a PlayStation, Xbox, or PC user, the games mentioned below are comparable to Beyond: Two Souls because they include interactive stories where the player may influence the events by using engaging gaming mechanisms.

Top 15 Games like Beyond Two Souls for PS/ PC/ Xbox 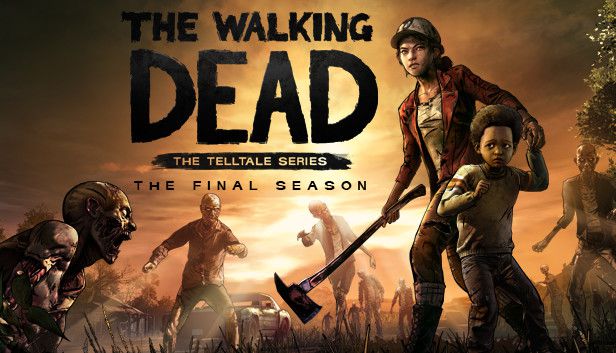 The Walking Dead is an interactive tale where the player’s choices have significant consequences.

Due to its overwhelming popularity, the game has been made available on a wide variety of platforms and was first published in installments.

Players assume the role of Lee Everett, a killer who was convicted of the crime and enter the globe shortly after the zombie apocalypse. 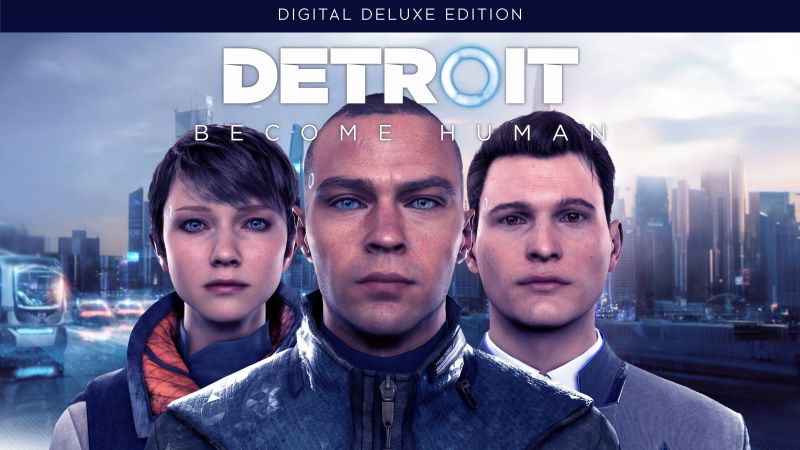 The game has a similar idea as West World, in which androids have their awareness and moral code.

You get to assume the roles of three distinct people: An android detective named Connor is on the case, Kara, a housewife android who gains artificial awareness and is entrusted with the care of a small child, and Markus, a caretaker android who, upon realizing his servitude, decides to liberate his kind. 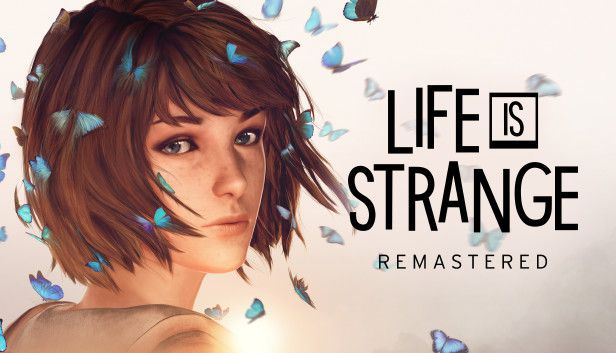 Visual novel Life Is Strange unfolds in a series of episodes, each of which focuses on the exploits of Max Caulfield, a young photography scholar of 18 years of age who finds she has the capacity to reverse time.

The episodes have been trickling out throughout 2015, and the first one is now accessible for free on a variety of platforms, giving players a taste of Max’s existence before they invest in the complete game. 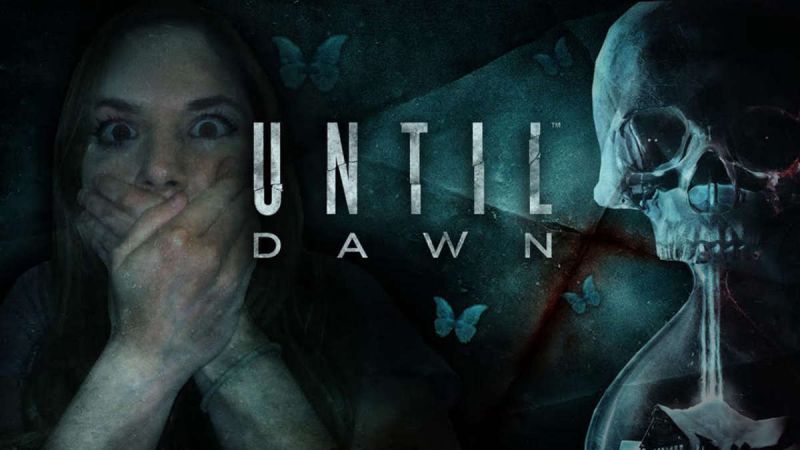 Eight pals spend the night at a remote mountain chalet in the narrative scary game Until Dawn.

The moment they begin to feel comfortable, they are ambushed by a mysterious stranger that has clearly been following them.

Characters’ actions, dialogue, and even where they go are all up to you. The gang will inevitably be split up, and it will be up to you to reunite everyone and bring them out safely. 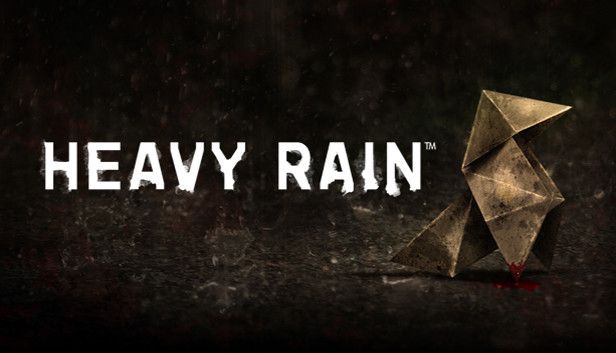 You assume the role of a father whose son has been kidnapped and must solve a series of brutal puzzles in order to get him back.

You take on the roles of a private investigator, a detective, and a journalist, all of whom are invested in finding the truth about the case.

Depending on the decisions you make and how well you do in the game’s challenges, which demand you to hit certain button combinations in rapid succession, one of the four playable characters may be killed off and the story’s direction altered significantly. 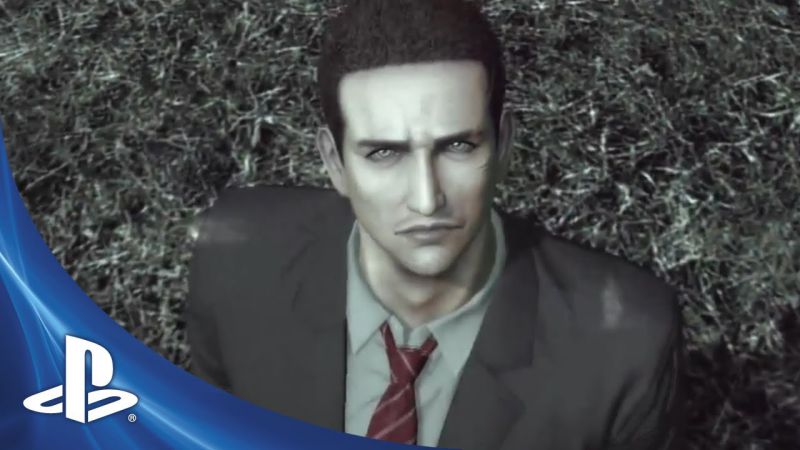 For an experience that verges on insanity, Deadly Premonition combines open-world gameplay with horror and even humor.

Gamers of Deadly Premonition may expect to pause the action frequently in order to process the game’s many storyline twists, surprising character development, and other narrative elements.

However, this is not always a negative thing and is essential to the popularity of the game, since Deadly Premonition thrives on bizarre encounters, twisted conversation, and another insanity. 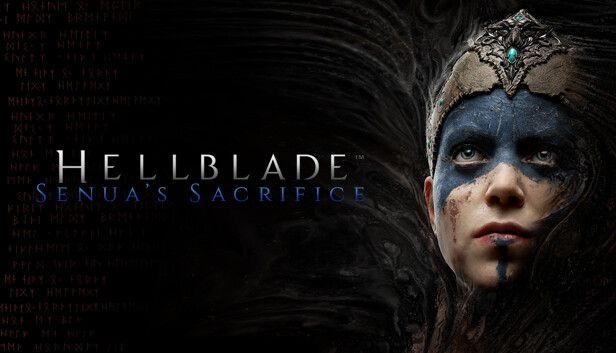 You assume the role of Senua, a young Pict warrior woman, in this dark fantasy adventure that incorporates elements of Norse and Celtic mythology.

You undertake exploration and conflict to reach Helheim and bring back the spirit of her slain beloved.

But while you play, you start to hear conflicting thoughts and feel your hold on reality slipping away.

The game is an attempt at symbolism and metaphor for insanity in this sense.

You face off against challenging foes and work through perplexing riddles, but sometimes the most straightforward approach is not the best. 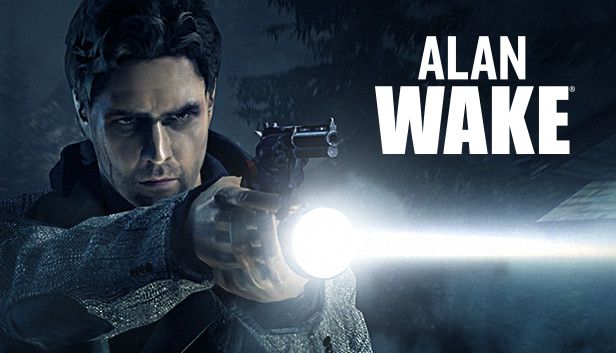 Based in the tranquil Midwest town of Bright Falls, this terrifying adventure is reminiscent of The Twilight Zone.

Survival against assaults by ‘Taken’ locals is the main objective. You then use guns to kill the possessed after using flashlights to burn away their possession.

The violence is disturbing, but the cheesy horror dialogue makes the growing narrative just as unsettling.

Alan Wake was originally planned as an open-world game, but it took a more linear path throughout production.

This gives Bright Falls vast geography, which contributes to the city’s foreboding atmosphere. 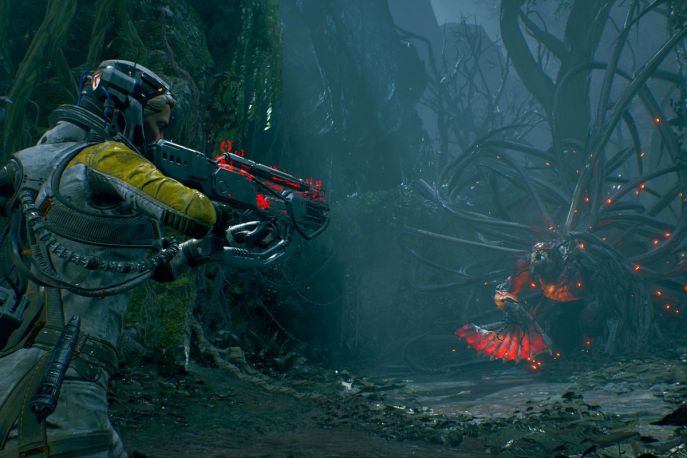 The planet and the player avatar in the sci-fi shooter Returnal gradually evolve throughout several playthroughs.

As a pilot trapped on a strange planet, it’s up to you to explore the environment and engage in combat to both live and figure out what’s causing the issue to keep happening.

The want to return home fades, replaced with a pressing need to take up weapons.

The struggle transforms into as much of a psychological thriller as a shooter thanks to the third-person perspective and the ability to investigate both your recollections and the alien reality. 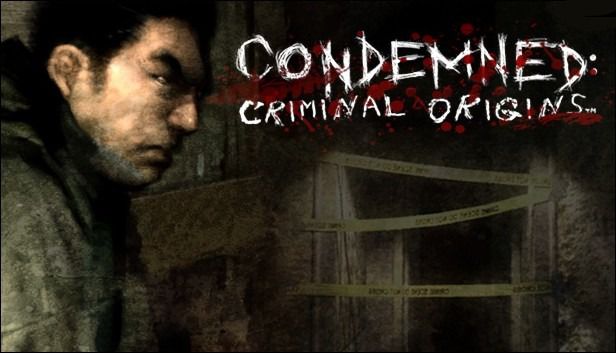 The scary video game Condemned: Criminal Origins for the Xbox 360 and PC combines elements of an investigative game with the usual gore and shocks.

Inducing a genuine sense of terror in the audience, many critics and aficionados of the genre have praised Condemned: Criminal Origins for breathing new life into a tired subgenre.

In Condemned: Criminal Origins, you play the role of Ethan Thomas, an FBI crime scene specialist who is falsely accused of committing a string of murders in the city he is supposed to be investigating. 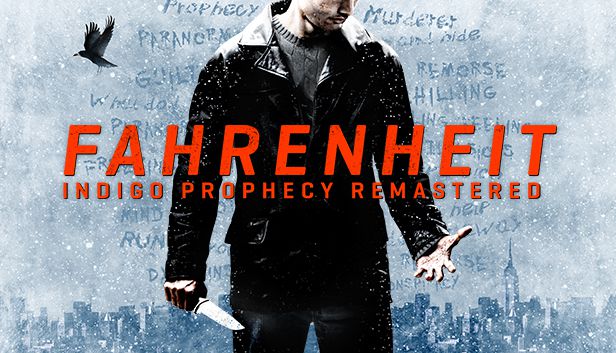 Originally released in 2005 and remade for contemporary platforms in 2016, Indigo Prophecy (Fahrenheit outside of North America) is a cinematic adventure game featuring suspenseful and supernatural themes.

Indigo Prophecy in Fahrenheit 451 For both longtime fans and newcomers to the series, Remastered is the ultimate edition of the supernatural murder mystery.

A series of bizarre and gruesome killings have lately occurred in New York City, and the authorities are investigating them. This is the setting for Indigo Prophecy.

12. The Vanishing of Ethan Carter 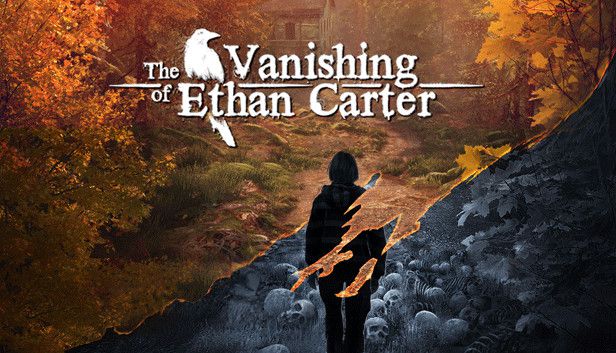 The Vanishing of Ethan Carter combines elements of terror and adventure in an open-world mystery about discovering what happened to Ethan when he disappeared after witnessing a terrible murder.

After receiving a fan note from a young admirer named Ethan Carter, Paul Prospero, an expert in otherworldly occurrences, sets out on an expedition that is chronicled in The Vanishing of Ethan Carter.

13. The Testament of Sherlock Holmes 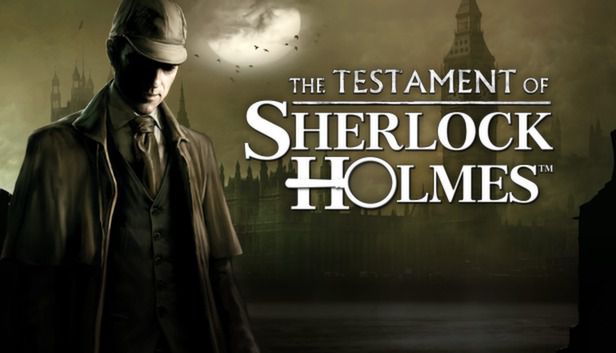 It takes place in London in the 1890s, like many previous Sherlock Holmes video games, and has Holmes trying to solve a mystery.

Holmes has just solved the mystery of the stolen Samoan jewelry when the players join him. 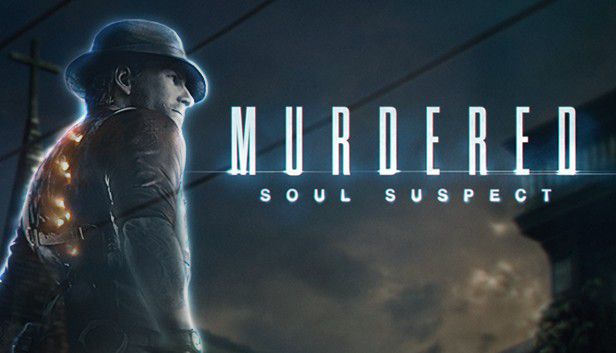 Murdered: Soul Suspect is a one-of-a-kind, eerie encounter that allows you to put together the evidence of your own killing one by one across a wide variety of devices.

The player assumes the role of a survivor of the Bell Killer, a ruthless serial killer who has just murdered you in the city of Salem, Massachusetts.

Players assume the role of the deceased investigator Ronan O’Connor as they investigate the circumstances of their deaths. 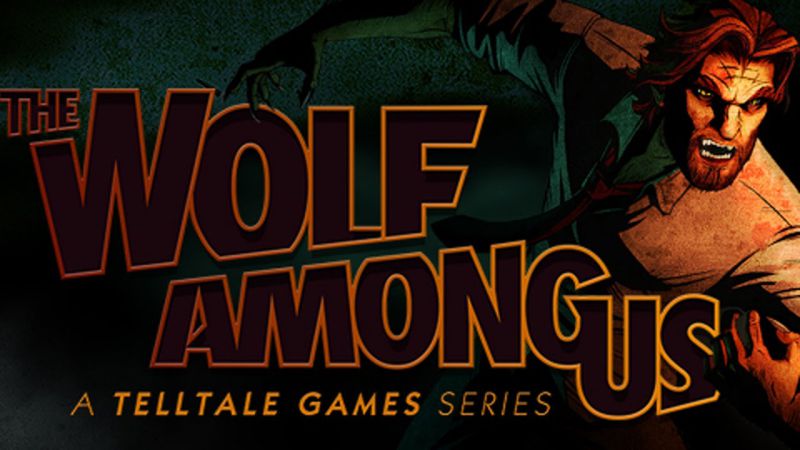 The Wolf Among Us is a 5-part episode engaging adventure developed and published by Telltale Games.

The game was released across many platforms with a tale meant to act as a prequel while expanding the narrative of the fantasy land, and it was heavily inspired by Bill Willingham’s Fables comic book series.

Taking place in 1986, the story follows a variety of mythological and folkloric animals as they struggle under the rule of a despot named Adversary and plot their escape.