Minecraft is a basic game with crude building and crafting abilities like to those seen in older Lego games.

With so many building blocks and materials available in Minecraft, players may start from scratch and construct a whole new world.

It has what seems to be two game modes: Survival and Creative. In order to create, explore, and survive in a video game, the player will have to employ all of his or her creativity.

The game has three worlds: the Overworld, the Nether, and the End. Players in any of these realms have the ability to create alien planets.

Despite this, as the game progressed, massive amounts of new content were being added every day. Exploration and transformation are all possible in a world made out of 1 cubic meter blocks in Minecraft. All of these phenomena may also be grouped together as part of ecology.

To this day, the game is still receiving thoughtful updates that bring something new to the table with each passing release. One of Minecraft’s unique characteristics is the ability for users to control and even rule the game via their own coding/modding.

It’s possible to play the game on a variety of various gadgets. You may make use of any of the following methods: Nintendo Wii, PlayStation 3, Xbox 360, PC, smartphone, iPad, and Raspberry Pi

gaining traction, particularly with elementary-aged pupils. This collection of 15  amazing games like Minecraft for Android and iOS is guaranteed to gratify any Minecraft fanatics out there.

How to draw Minecraft Bee

To draw a bee in Minecraft follow the given steps 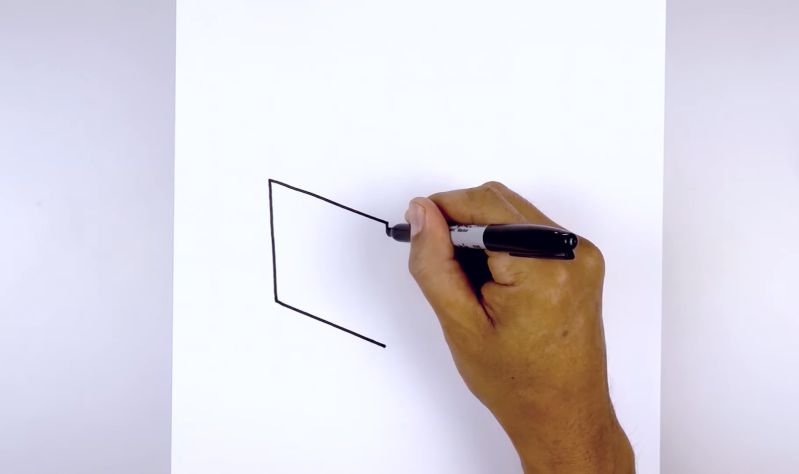 Start from the very tip and draw a straight line

From the top point angle down and out with a straight line. Then go to the bottom and draw the same exact angle coming from the bottom.

Now connect both the points with a straight line. 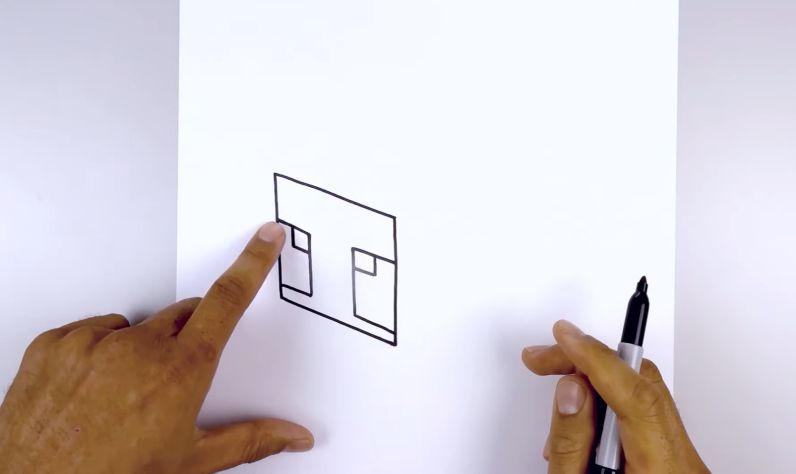 Add details to the eyes and then shade the entire eye leaving the pupil white. 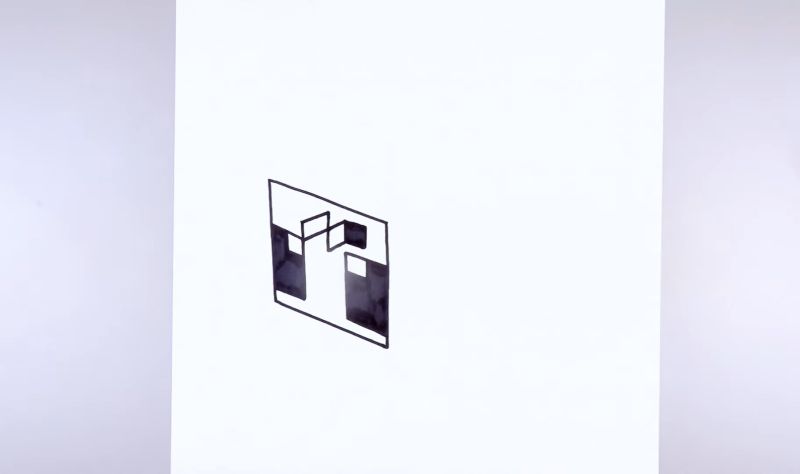 First, draw a small square on top of the right eye at the same angle as the other lines.

Then shade the entire square. Now draw the zig-zag pattern as shown in the screenshot to complete the antennas for your bee. 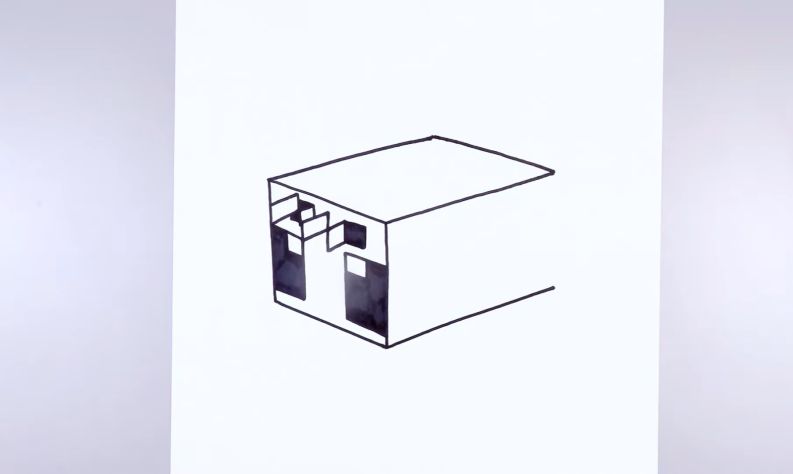 Take the top right point and draw a straight line angled up and out all the way back to the end of the body.

Now draw a line of the same length and of the same angle on the other end of the face. Then close off the ends by connecting them.

Now complete the body by drawing the final line on the bottom and creating a cuboidal shape. However, do not join the dots at the extreme back end of the body. This is to leave space for the wings of the bees. 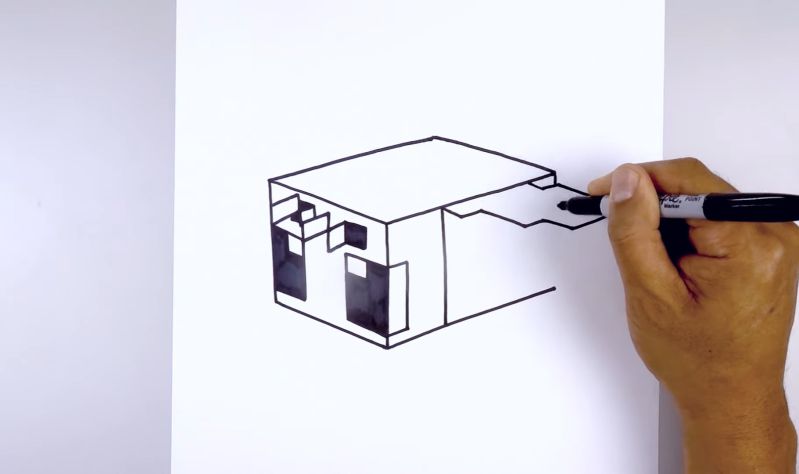 Follow the lines as shown in the screenshot below to draw the wings of the bee and give it a 3D effect.

Now, connect the final lines of the body but make sure it doesn’t overlap the wings of the bees.

Give texture and lines to the main body of the bee 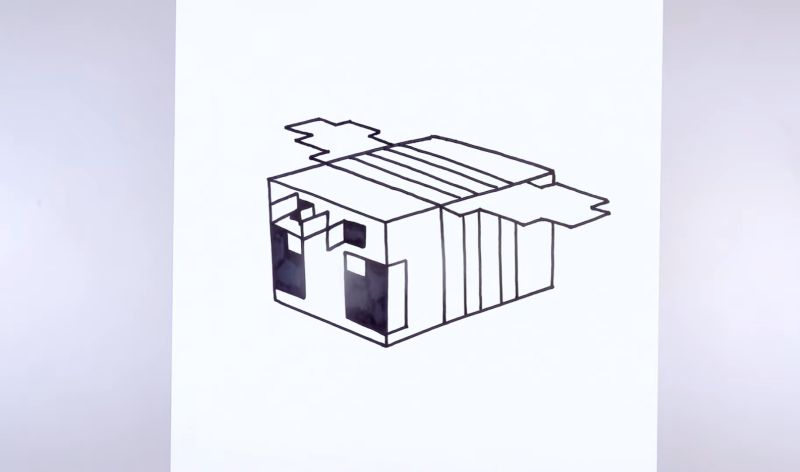 Along with that, draw the wing of the other side for the bee. It should be a mirror image of the one on the right. 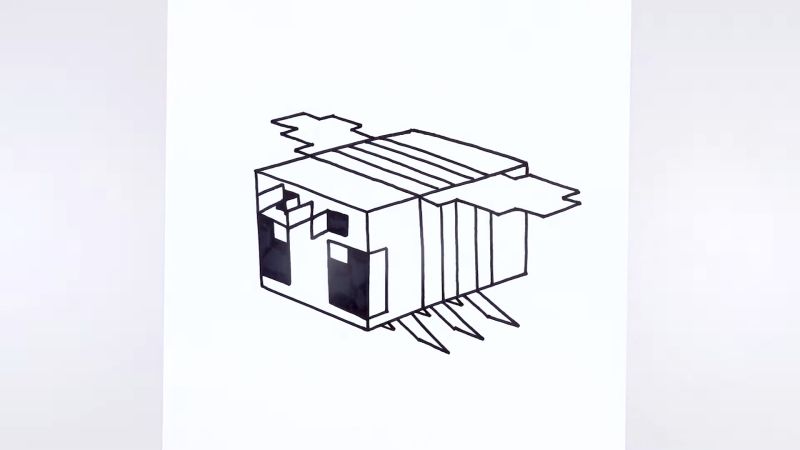 On the bottom line of the main body, draw three small legs as shown in the screenshot. Make sure to keep it at an angle and not straight.

This is done to give the effect that the bee is flying.

The most difficult part is now done. All that is left is to give the bee some color. Follow the color scheme given in the screenshot to get your final drawing of the Minecraft Bee.

Ever since the release of the bees in the latest Minecraft update, players from all age groups have become obsessed with the bees.

Individuals are free to explore more by giving the bee bigger wings, or different colours perhaps. However, if the steps mentioned in the above segments are followed, then you are highly likely to get an exact copy of the Bee as you see in Minecraft itself.

So, dust off your canvas, get your sketch pens, and have fun drawing the extremely adorable yet dangerous Bee of Minecraft.