Brawl Stars did manage to satiate the craving of the action/adventure-seeking mobile-gamers around nowadays. The immersive combat experience and a plethora of brawlers with a vast variety of skills have really attracted the interest of the smartphone gaming industry.

That being said, the Devs have not yet run out of ideas to make the game even more interesting and enjoyable. To keep the competitive spark of the players all across the world lit, the Devs introduced the Brawl Stars Championship challenge. In this article we will be discussing some tips and tricks to win these challenges.

How to win Championship Challenge in Brawl Stars

A minimum of 800 trophies is required to take part in the championship challenges. Also, another thing that the players need to keep in mind is that there can’t be multiple same type brawlers in one team.

Below we have a compilation of some of the most efficient brawlers which we think are the most suited for the different stages. Gene – Gene is a Mythic Brawler who has a reasonable percentage of health and utilizes a magic lamp to set his strikes. His strike could inflict elevated damage to a single enemy or less damage to numerous opponents Gene’s Super snatches an opponent and pulls them to Gene’s position.

Sandy – Sandy is a Legendary Brawler with reasonable health and modest damage production who could really deal injury to multiple opponents at once with his broad piercing strike. His Super invites a sandstorm with a wide area, enabling him and his partners to be unnoticeable in its region of influence.

Sandy – His Gadget, Sleep Stimulator, makes Sandy take a nap for 2 seconds prior to actually regeneration to full health. His first Star Power, Rude Sands, enables his Super to do minimal damage to opponents that are already in the sandstorm. Sandy’s second Star Power, Healing Winds, allows any allies within the sandstorm to slightly heal over time. Frank – Frank shatters the floor with his hammer, sending a shockwave that can strike numerous opponents. The impact bears resemblance to 4 of Nita’s blasts. That being said, it requires a little while for him to strike, at 1.3 seconds, leaving Frank susceptible as he cannot keep moving while attempting to attack.

If hit with either a stun or a knockback, Frank’s strike will be forced to cancel. Frank always deals a continual level of destruction to a target irrespective of how many shockwaves strike the opponent. Bo – Bo’s Super can also be used to manage a large environment efficiently, to detect Brawlers’ enemies in trees, smash walls, damage seriously, or repel rival Brawlers. His Bear Star Power snare will immobilize your enemies and allow your team to fight back and overtake them.

Shelly – When playing as Shelly, before really obtaining a good vantage point amidst the bushes, you must start charging your Super as much of it as possible. This facilitates you to be equipped for confrontations with many other Brawlers who are concealing behind the shrubbery and getting ready to assault you. However, it is safer to run back the other way rather than just to challenge if you are beaten by a thrower. RICO – Rico is a Super Rare Brawler with reduced health and fairly high damage outcome. His strike and Super have distinctive bullets that can ricochet off of walls and keep commuting. If utilized properly, this skill can enable Rico to knock out aggressor Brawlers without coming under attack personally.

His Gadget, Multiball Launcher, quickly fires waves of springy bullets around himself in all angles. His first Star Power, Super Bouncy, tends to cause his bullets to travel quicker and do additional damage after bouncing. His second Star Power, Robo Retreat, allows him to move quicker when his health begins to fall below 40%. 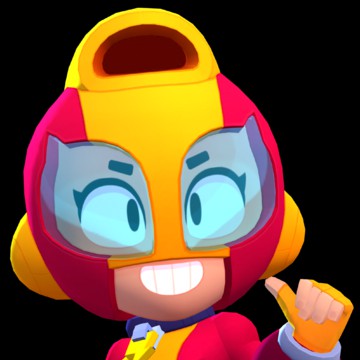 MAX – Max is a Mythic Brawler. She has modest health and damage output, but very rapid mobility and load-up velocity, and great burst damage capability Her main strike fires 4 projectiles in a slight expansion. Her Super temporarily boosts the velocity of her and allied forces in the spectrum. Her first Gadget, Phase Shifter, allows her to dash in her undergoing path, whilst also becoming invulnerable for the period.

Her second Gadget, Sneaky Sneakers, generates a teleport destination that she comes back to after 3 seconds. Her first Star Power, Super Charged, automatically charges her Super when she is transitioning. Her second Star Power, Run n’ Gun, tends to increase her reload speed while she’s trying to move. BROCK – He seems to have relatively small amounts of health but blasts missiles at a very fairly long range that explode, inflicting fairly enhanced annihilation in a smaller space. The attack of Brock is a comprehensive projectile with a 1 tile radius that damages a lot. Brock’s long and strong strike allows him to decimate most other brawlers quickly and without getting under attack sometimes as much as he sits far behind ally brawlers.

Well, there you go with some of the most efficient brawlers who are best suited for the respective modes. Apart from that, since it is crucial not to lose any of the rounds as you only get 3 chances, a defensive strategy is most beneficial.

Players should be competent enough to use not only their Supers but also their main attacks wisely as every shot counts and the game is quite unpredictable till the very last second.

Now you have a strong backing of efficient brawlers with a good strategy. Go out there are destroy those opponents.