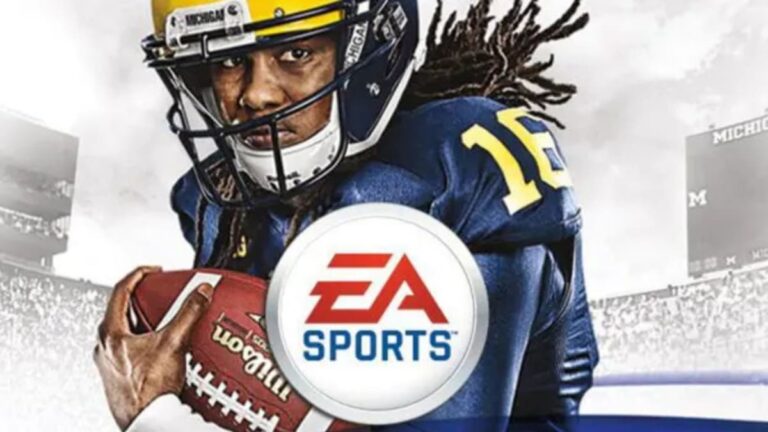 Some people find that the NCAA Football series better satisfies their craving for collegiate football than the Madden NFL video games. Sadly, the last time we saw NCAA was when NCAA Football 14 was released eight years ago.

The College Football Revamped mod gives the game a fresh coat of paint by making cosmetic enhancements. But can it be played on contemporary equipment like the PS5?

Many people are interested in finding out if NCAA Football can be played on the PS4 or PS5, the newest consoles. If you want to know if you can play this well-known PS3 game on your PS4 or PS5, this article will provide you all the information you need.

Here is our guide on Can you play NCAA football 14 on PS5 or PS4.

Short Answer: No, NCAA Football is not currently playable on the PS4 or PS5. The final game in the well-known college football video game series was called NCAA Football. The usage of college football players’ likenesses in the series caused criticism and licensing problems, which led to its cancellation.

The PlayStation 3 and Xbox 360 are the final systems to support NCAA Football. Since then, it has grown in rarity and popularity among collectors of out-of-print video games.

Although copies are still available in the aftermarket, on auction sites like eBay, and through independent Amazon sellers, the cost has significantly escalated. This game’s copies can cost up to $150 in some cases. Due to player-added roster revisions and alterations, the price has increased.

Over the years, a group of NCAA gamers has worked together to improve the game’s quality of life by adding updated rosters, menus, and other features. A significant game update was released in January 2020. This upgrade added new uniforms and patches, as well as updated fields and redesigned menus.

Unfortunately, neither the PS4 nor the more modern PS5 allows for the play of NCAA. This may come as a letdown. You will need a PlayStation 3 and a physical copy of the game to play the often-updated NCAA Football.

If you own a PS3, you can buy the game digitally, but you should be prepared for it to be more challenging than other online game purchases. You won’t be able to utilize credit cards or PayPal to make your purchases since the PS3 isn’t updated and the shop is outdated.

There are rumors that EA Sports, the NCAA’s creators, is developing a new college football series that will debut in the coming years. For further details on this upcoming series, keep an eye on their social media accounts.

Playing PS3 games on a jailbroken PS4 is not possible. The PS4 will continue to be incompatible with PS3 discs even if it has been jailbroken, which enables users to access special settings and play games they do not own.

Moreover, EA Play, EA’s streaming service, does not include this game. There won’t be any further games in the NCAA series on upcoming systems because it has been discontinued. It is not recommended that you change your console only to play NCAA unless you intend to use it to play other games.

Modifying or jailbreaking your PS4 console might cause internal damage or software corruption that could leave your system useless. It is not advisable that you carry out this action unless you have the necessary experience.

You can often find a PS3 for approximately $75 if you need one. The cost has significantly decreased now that they are two generations old. The cost of the game has increased significantly since it was initially launched, as was already indicated.

The Xbox 360 and PlayStation 3 are the only systems that support NCAA Football. Since then, it has grown in rarity and popularity among collectors of out-of-print video games.

This restricts the mod to devices that were functional in 2013, namely the Xbox 360 and the PlayStation 3. However, you may also use a PS3 or Xbox 360 emulator to play the game on a computer.

There is some good news coming your way if you were hoping to play college football on your PS5 but were disappointed. The NCAA published a new rule in 2021 that permits student-athletes from all three divisions to make money off of their name, likeness, and image.

The majority of the legal issues that led the NCAA to terminate its cooperation with EA have been resolved as a result of this new verdict, and EA has already declared that they are creating a new college football video game for the first time since 2013.

Although the new game has yet to receive an official release date, EA predicts that it will happen sometime in the summer of 2023.

Over the years, a group of NCAA modders has worked together to improve the game’s rosters, menus, and other quality-of-life features. A significant game update was released in January 2020. This upgrade added new uniforms and patches, as well as updated fields and redesigned menus.

The only consoles on which you can play NCAA are these two. On a PC, you might be able to find an emulator that would let you use it to play Xbox 360 or PlayStation 3 games. Players may play console-exclusive games on PC using emulators, which are quite popular.

You won’t be able to use your PS4, PS5, or Xbox Series X consoles to play NCAA. These consoles will not support the physical disc versions of this game, nor will it be available for digital purchase on them.