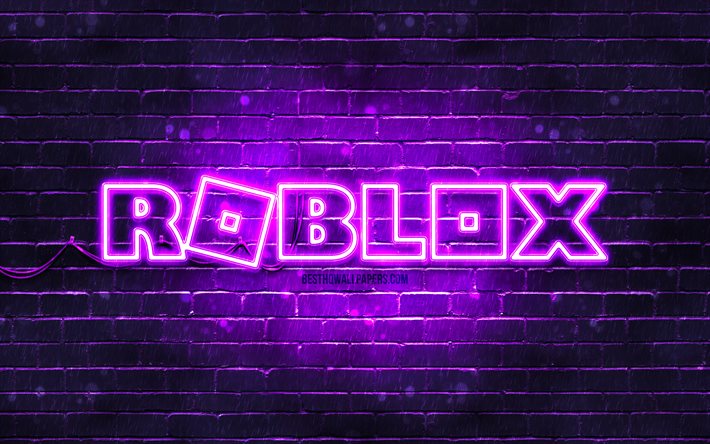 In Roblox, you are represented by a “character”, a personal avatar that you may design and customize. Your in-game persona may explore and engage with the environment. Your own Roblox characters, along with the hundreds of other materials you’ll need to create a really immersive gaming experience, may be created with the help of character design.

Models, decals, meshes, plugins, and more are all available for your selection. A wide variety of skin tones, hairstyles, eye colors, hair colors, clothing items, and animations are all available for use in creating unique avatars or characters. Since you will ultimately have the last say and may mandate a certain look for all avatars in your game, this gives you almost infinite ways to express your own sense of style.

Therefore, if you want a vast selection of characters from which to choose, this article has it all. We’ve done our best to incorporate a wide variety of personalities, from the adorable and cuddly to the terrifying and robotic.

The year 2018’s Rthro design competition winner is one of the most popular Roblox avatars. An adorable robot with an exposed chest is the focus of this outfit. A “noob” gamer is operating the chest like it were an engine. 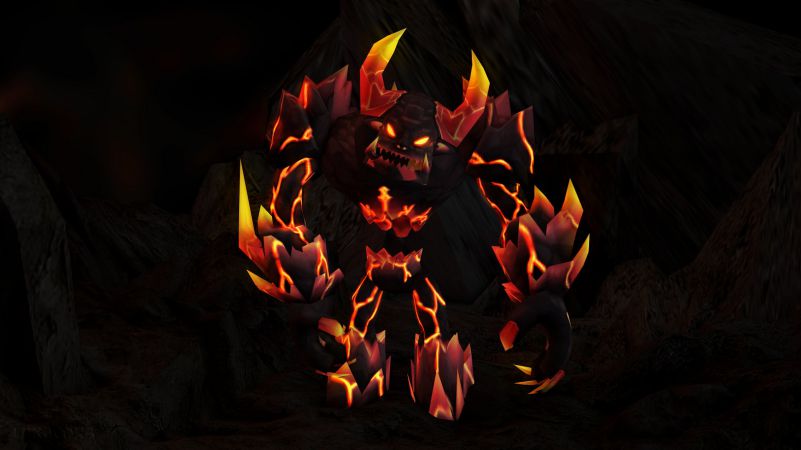 Magma Fiend is an eruptive character with a penchant for the theatrical. With a temperature of 903 degrees, his blood is boiling. This individual has a reputation for being a ruffian. 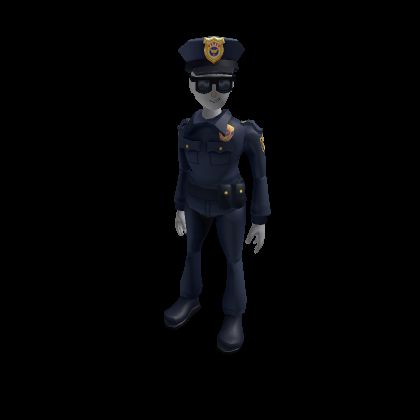 Nash, the police officer, protects Roblox cities by layering his own skin over the game’s standard uniform. Nash’s outfit has all the essentials, including pockets, insignia, and other embellishments.

The Bull Demon King has incredible strength, great weaponry, and an imposing presence. The demon king has an unusual hairstyle and is outfitted in full battle gear. His desire for tranquility belies his tough exterior. Tending to lovable pets is one of his favorite pastimes. 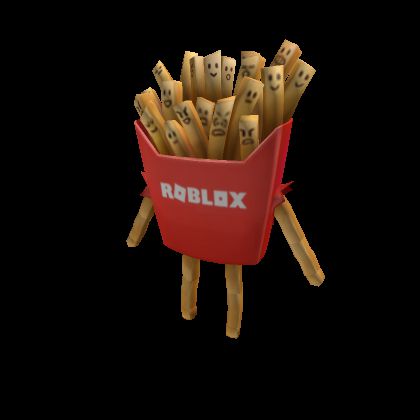 The third Avatar champion is a gang of mischievous anthropomorphic french fries. They have a reputation for getting into fights and generally creating problems. But they are also recognized for being a fun playable character in the game. 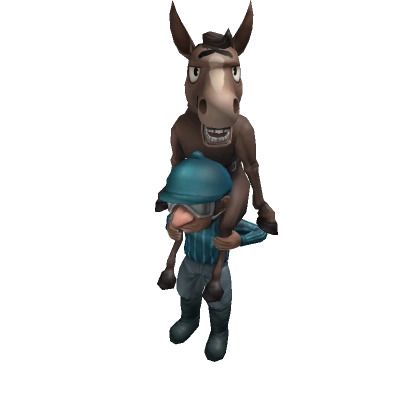 It’s a switch in the usual order of things. Both the horse and the jockey seem to be enjoying themselves. You get a horse’s back and legs, a jockey’s chest, arms, face and arms, all layered on top of a horse’s head. 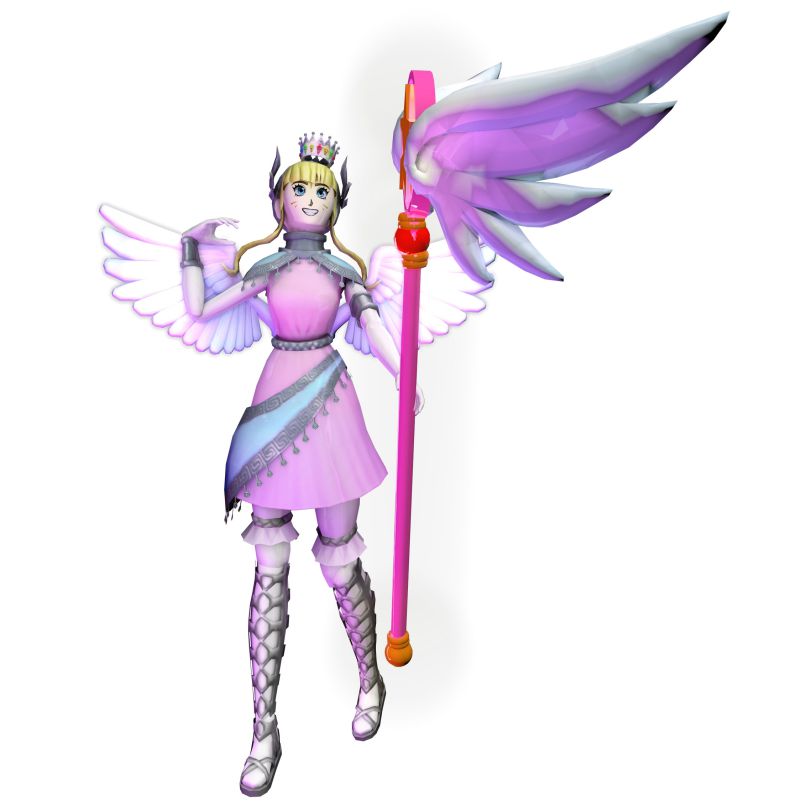 Erisyphia’s regal attire includes a white garment with purple and gold embellishments, and her wings are made of feathers. They’re holding a sun-shaped shaft in their hands. Each day, Erisyphia, in her role as a sun goddess, is tasked with illuminating the world. 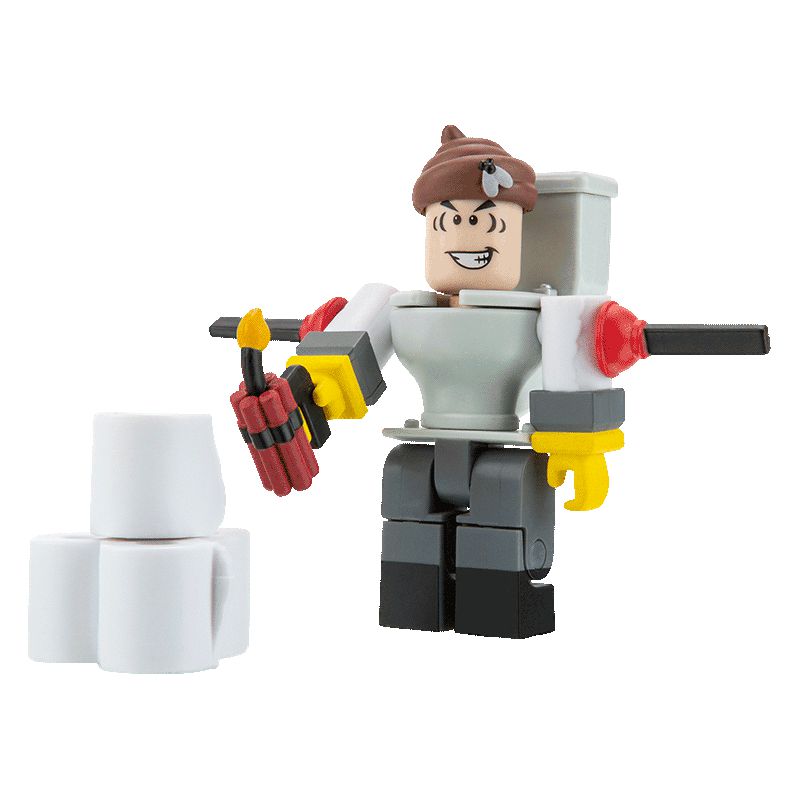 He’s not just funny and brilliant, but he has his own distinct personality and flair. Mr. Toilet has made a name for himself with his hilarious feces jokes. Mr. Toilet is widely regarded as one of the finest and most well-liked avatars in all of Roblox. 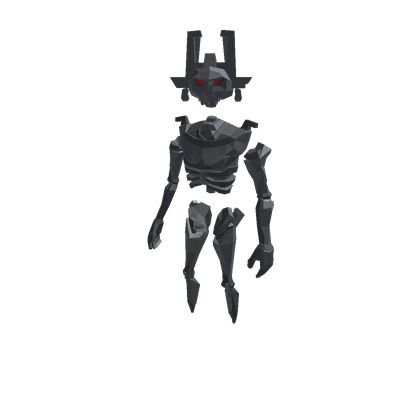 This Avatar exists forever and feeds on human agony. Malivinius enjoys causing trouble for anyone who happens to be in his way. To obtain what he wants, he will resort to whatever means necessary, and this characterizes him well. 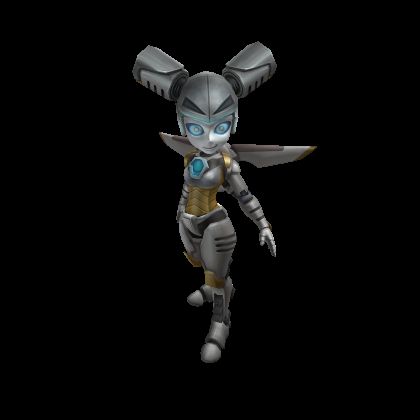 While he may be little in stature, Blazeburner packs a mighty punch in the Roblox universe. She has lethal accuracy in her assaults and the ability to shoot fire from both hands and feet. Her little frame makes her difficult to strike, yet she can completely destroy even the most formidable foes with a few well-placed fireballs. 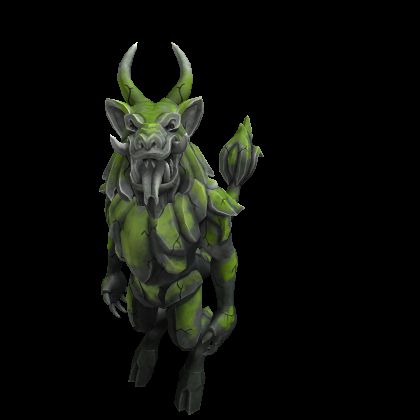 If you’re seeking for cool characters, you need this defender and guardian against bad and destructive spirits. To complete the appearance, the Gargoyle is covered head to toe in a lush green hue. True to form, it resembles a gargoyle in every way. 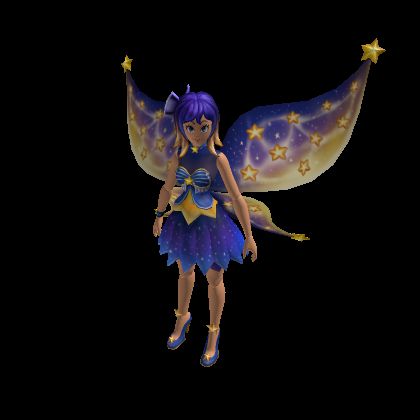 It’s clear that this adorably little fairy is holding the whole cosmos in the folds of her wings. Misty is a cheerful and sociable person who is always up for an adventure and eager to make new acquaintances. She has an upbeat, adventurous spirit that will make you happy. 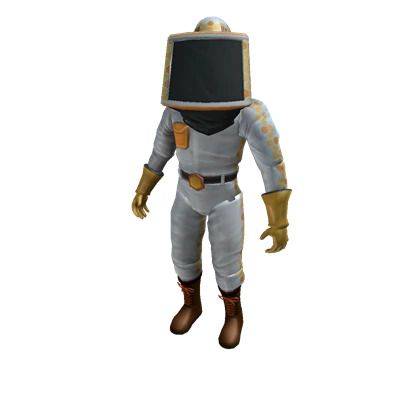 Your beekeeping outfit is fully detailed and may be worn throughout several Roblox experiences. The beekeeper is a great choice for anybody looking to blend in with a wild theme or seek players dressed in creative costumes. 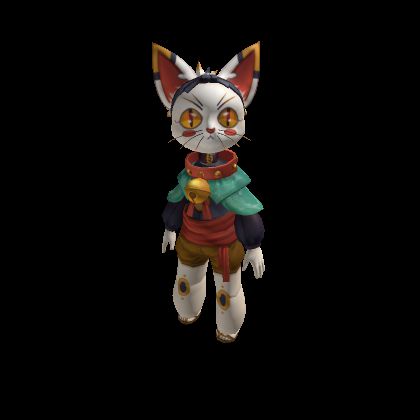 This fierce-looking cat was the winning submission in the year 2018’s Rthro Design Contest; the costume makes it seem more sociable than ever before. Among the Roblox community, this is without question one of the top characters. This is easily one of the best Roblox outfits you’ve ever seen! 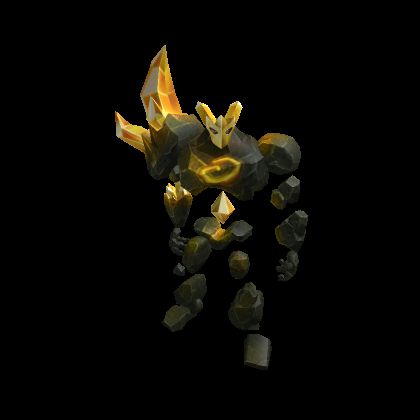 These Elemental Crystal Golems may be used as a huge mood ring since their brightness can be adjusted by their summoner. To put it another way, you may transform into a golem composed of floating pebbles bound together by a golden crystal. A crystal floats in the middle of this character’s torso, and crystals are sprouting from its head and right shoulder. 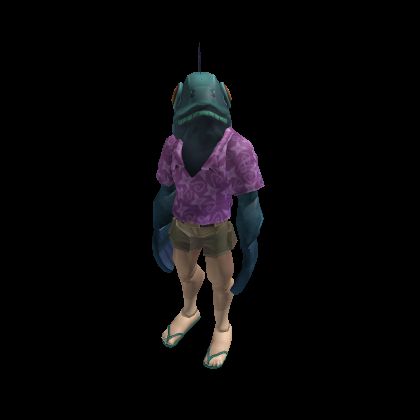 This Roblox character is an inverted mermaid with the upper body of a fish, complete with scales, fish-like hands, and the head of a bluefish (Pomatomus saltatrix). However, its lower half is human, making it one of the most interesting and original figures ever created. 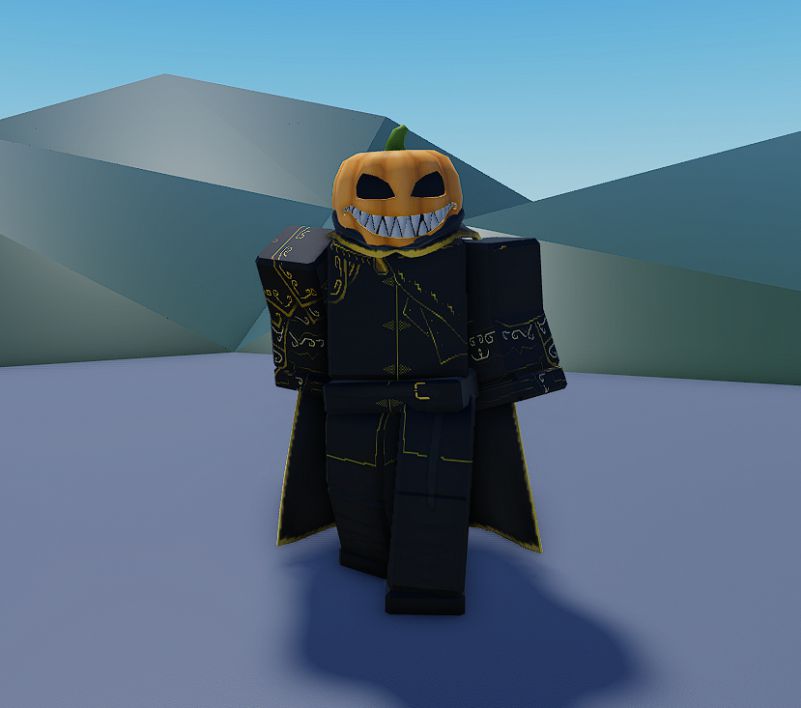 The terrifying appearance of the Pumpkin Reaper is enough evidence that it has arrived to take the place of the soul reaper. This farmer looks terrifying since its head is replaced with a pumpkin. Ropes are knotted all around its body, as though to hold it together. The garments themselves are a composite, too, consisting of a number of separate parts that are stitched together in strategic locations. 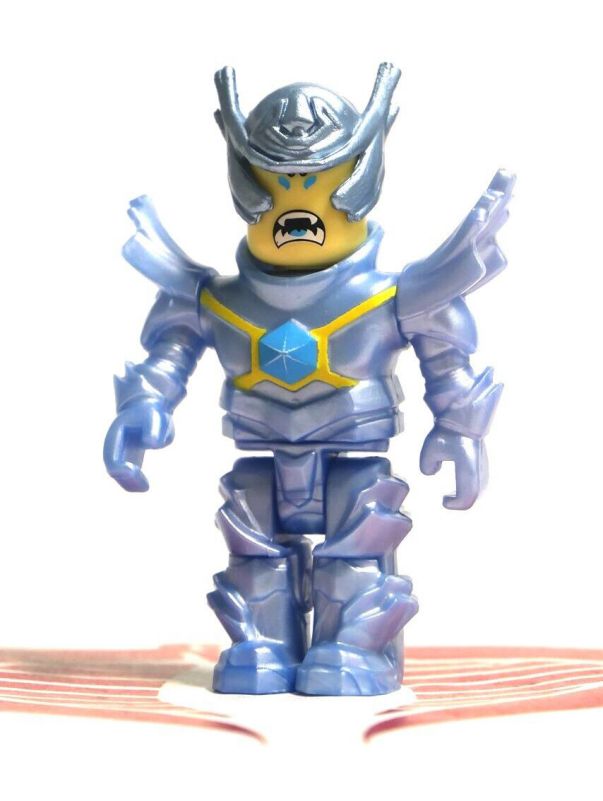 The General of the Frost Guard is renowned for his fortitude and power, and for defending the North from any and all invaders. He’s a powerful fighter, and no one else in Roblox can compare to his abilities. 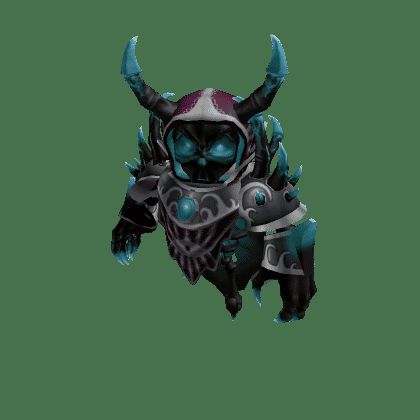 The leader of the formidable Korblox Tribe, Korblox Deathspeaker, is the most dangerous player/ character in Roblox. There is a consensus among the Korblox people that his tribe is the most powerful and successful of the twelve tribes. Avatar is an experienced fighter and strategist who has won numerous battles for his people. Korblox is an excellent leader and motivator who commands respect and devotion from his subordinates. 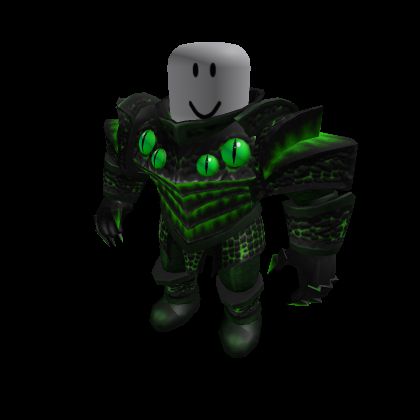 In Medieval Warfare, the Overseer represents one of the many available factions. Reforged. There are many monsters in the Overseer kingdom that are created using dark magic and the bodies of the undead. They maintain their bodies by consuming the spirits of the deceased, and sometimes the living. 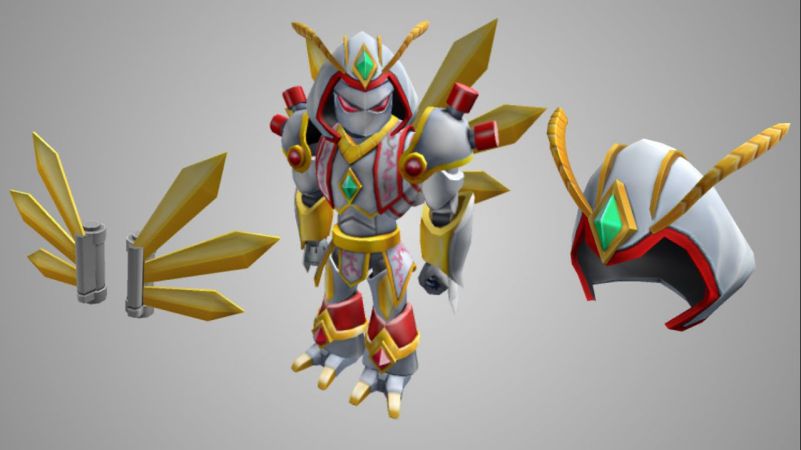 Once dormant, the Cyborg Shogun has now risen to protect his homeland. He is an accomplished warrior and expert with a wide variety of weapons, and he will do whatever it takes to defend his people. This is a top-tier Roblox avatar, worthy of showing off to your friends. 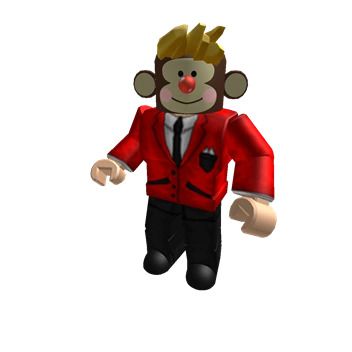 One of the nicest things about MonkeyvsRoblocks is how wacky the main character is. The designer gave this monkey enough swagger that it may be imitated by any gamer. But only a genuine star could pull it off flawlessly. 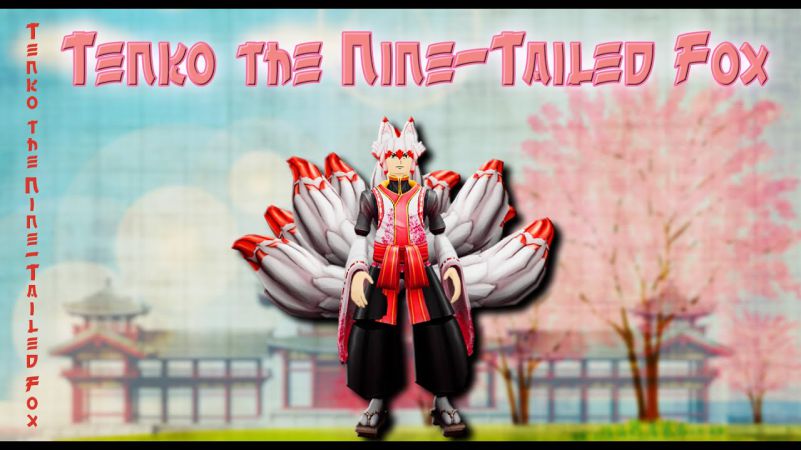 This Roblox player’s design would be at home in any contemporary anime. Tenko is a more experienced, strong fox that can hear and see everything happening in the world. Put the fox mask on Tenko, and it may become a human of any age or gender. 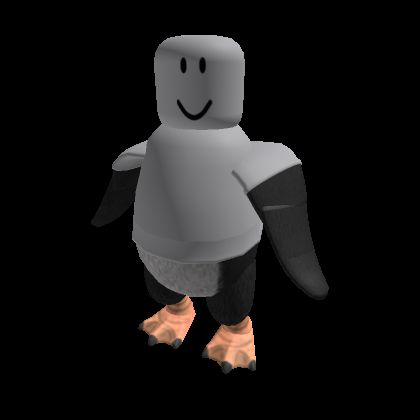 Penguins have a distinct waddle and slide that have made them famous. If you’re searching for a penguin avatar to add to your game, know that they’re incredibly popular among Roblox users for their entertaining and quirky characteristics. 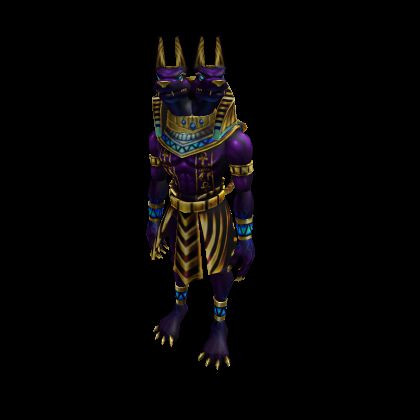 When it comes to Roblox characters, this guard dog is right up there with the best of them. This three-headed dog is armed to the teeth with enough bite and claw to leave an indelible impression on any foe. If you’re seeking for a strong and stylish Roblox character, you should check this one out. 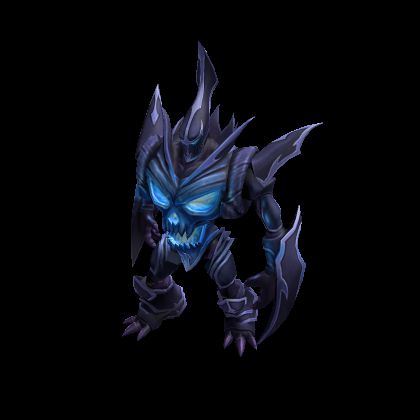 Ud’zal, the “All-Father” of Korblox, used to be the undead lord of all the dead. At least, until the 12 Deathspeakers decided to kill him. Ud’zal’s horrifying resurgence as a war beast makes him a formidable opponent. He is both a formidable foe and a reliable friend due to his superhuman strength and the fact that he can command the undead. 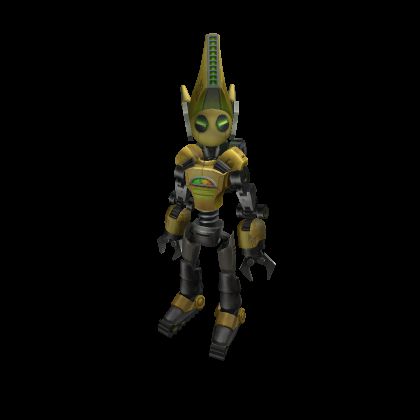 Have you ever thought about the fate of the old robot toys you abandoned? Guess what, they were revived. As a robot built from broken and forgotten toys, the Junkbot character is a fan favorite on the ROBLOX platform. Junkbot is an outgoing bot that enjoys meeting new people and learning about the world. He enjoys new experiences and lending a hand, so you can count on him for any kind of adventure.