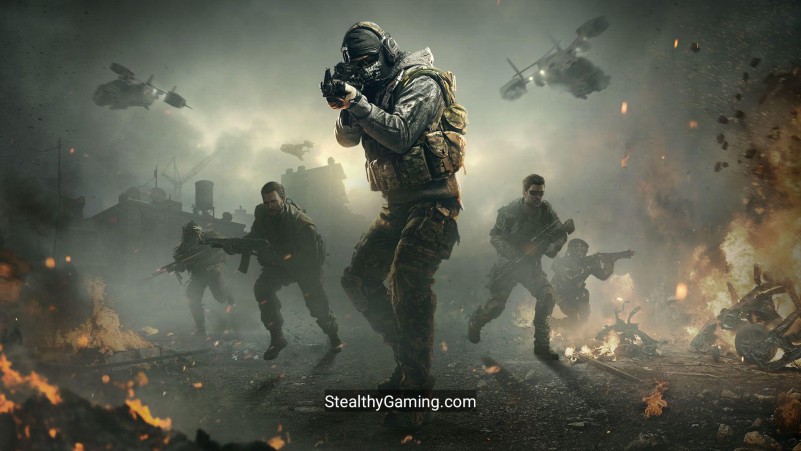 We have talked about weapons, maps, modes, and perks. It was about time we discussed some of the best scorestreaks in Call of Duty Mobile. With Season 11 live and running, players have become hyper-competitive and to compete with everyone you need something that can give you an edge over the other players. We believe scorestreaks can do exactly that.

They are equipment or devices which help to disrupt the enemy team and give you and your teammates an additional advantage during the match. To use the scorestreaks, players must achieve a certain number of points in the match. After gaining the requisite points, the players can then use their selected scorestreaks to turn the game to their advantage.

First, we will be talking about the most efficient and reliable scorestreaks in the game which one can obtain without the need to use persistence perk. Without the persistence perk, the score resets once the player dies and after respawning the player has to hustle once again to gain the requisite points. Keeping that in mind below we have mentioned our list of best scorestreaks.

The UAV is a must in every loadout. The low cost and its efficiency during matches make it highly useful. The UAV is obtained at a score of 400, which is very low. The UAV marks the position of the enemy on the mini-map. This way you can either evade or sneak up to an enemy without being killed.

The UAV also helps players flank their enemies as it shows up the location of all the enemies simultaneously on the radar. Moreover, this scorestreak is helpful for all your teammates and not just for you. It not only shows the enemy location to you but also your teammates. The above features make it highly efficient and a must-have during combat.

The Shock RC is an AI-controlled scorestreak. It basically travels around the map trying to locate enemies. But, after a certain time and range it self destructs if it can’t find any enemy. The reason why it is so good is that activating the shock RC most likely will get you a free kill. It is available once the player gets 350 points.

The Shock RC can be used as a map guide as, once it is activated, it will go towards the enemies. This way you can follow it and find enemies and kill them. Also, the shock RC gives the enemies a shock for a brief period of time during which they get immobile and you can get a free kill.

The Shock RC also does area damage upon exploding. So, low-hp enemies can be killed if they are in the vicinity of an exploding Shock RC. All this makes the Shock RC a versatile and efficient scorestreak.

The predator missile is one of the first scorestreaks which a player uses in the game. The Predator Missile is a remote-controlled missile which the player can use where ever he wishes to. Upon activation, the player gets a first-person view from the tip of the missile. The enemies are marked in red and the player can guide the missile easily by dragging his fingers across the screen.

The Predator Missile explodes as it hits the ground. This scorestreak is particularly useful because, it causes area damage and if guided properly into a swarm of enemies, it can take out multiple hostiles. This is especially useful in domination and hardpoint modes to clear the zones from enemies. Apart from that, it can also be used to bring down enemy air units too.

The Predator Missile costs 700 points, which is quite fair given the damage it does. Hence, we have placed it 3rd in our list.

This is an especially useful scorestreak. It is quite good and it just missed the top 3 list. It is available for 600 points. Jams enemy reconnaissance by temporarily disabling the enemy mini-map.

By temporarily disabling the mini-map, the Counter-UAV effectively blinds the enemy by robbing them of any spatial awareness. So, when it’s active, you may want to consider flanking the enemy.

Now, let’s look at some of the “Big Dogs” of the game. Given below is a list of scorestreaks that we find too destructive. However, these scorestreaks are best used with the persistence perk. This is because these scorestreaks require a ton of points to get loaded. It is very difficult for players to stay alive and maintain a kill streak for that long.

So, we suggest you use these scorestreaks after equipping persistence perk. The Persistence perk stops scorestreak progression from resetting upon death, but in turn, the players now need to score double the points to unlock the scorestreak.

The XS1-Goliath is huge juggernaut suit with increased HP, bullet resistance and much higher firepower. The XS1-Goliath has an LMG attached to it which is devastating for the enemies.

The attached LMG is useful for both long- and short-range combats. The XS1-Goliath is particularly useful in Domination and Hardpoint matches as it can be used to single-handedly capture the points or the zones. It is that overpowered.

The XS1-Goliath gets loaded at 900 points. However, with the persistence perk equipped, one needs to gather 1800 points to load it up. This can be a bit tedious but it’s definitely worth it.

The cluster strike is a barrage of cluster mortars which are guided to hit a designated area on the ground. Each mortar round causes high area damage which can destroy both enemy and nearby vehicles and other ground scorestreaks like the (SAM Turret, Sentry Gun)

Upon activation, the players see an aerial view of the map where they select the area over which they want to rain the devastating clusters. The Cluster Strike can also be used against enemy air units by aiming the strike over the desired enemy air unit. It costs 950 points normally, however, with persistence equipped players will have to amass a hefty 1900 points to acquire this. It is definitely worth it though.

The Cluster strike is especially useful in Hardpoint and Domination matches. As it can be used to prevent the enemy from entering the zones ad kill any remaining enemy units in the zone. This is indeed a devastating scorestreak.

Well, everyone must have heard about the VTOL.  Hearing the Captain say “Friendly VTOL Incoming” must send a shiver down the spines of the enemies. The VTOL is a gunship that hovers over the battlefield. It holds 2 turrets which spit explosive ammunition at high speeds. Upon activation, you get to control the VTOL and get an aerial view from what we think is the cockpit.

The enemies are marked in red which makes them a very clear target. The VTOL is devastating because it deals area damage and has a very high fire rate. This scorestreak is so deadly that it can turn the game around at the very last second also by destroying all the enemies or spawn trapping them.

It costs a heft of 1600 points normally. Using the persistence perk turns that to a whopping 3200 points. It may seem very difficult and tedious to amass 3200 points however, trust us when we say that it is definitely worth it.

The stealth chopper as the name suggests is a helicopter, which when activated hovers over the designated area, killing enemies as they come. The stealth chopper is very useful in modes like hardpoint and domination. If put over the hardpoint or the domination zone then it would kill any enemy which ventures near to the zone. This allows you and your teammates to easily capture it and gain the lead.

It costs 1000 points normally, but with the persistence perk, it would take 2000 points to unlock this. It is worth it as the Stealth Chopper hovers in the air for quite a long time. In a hardpoint and domination time is very crucial and the Stealth chopper can give you quite an edge over enemies.

The scorestreaks are very crucial and game-changing elements of the game. With the right scorestreak loadout, you may become a destructive force in Call of Duty Mobile. We suggest you try various scorestreaks and settle for the one which best suits your playing style.