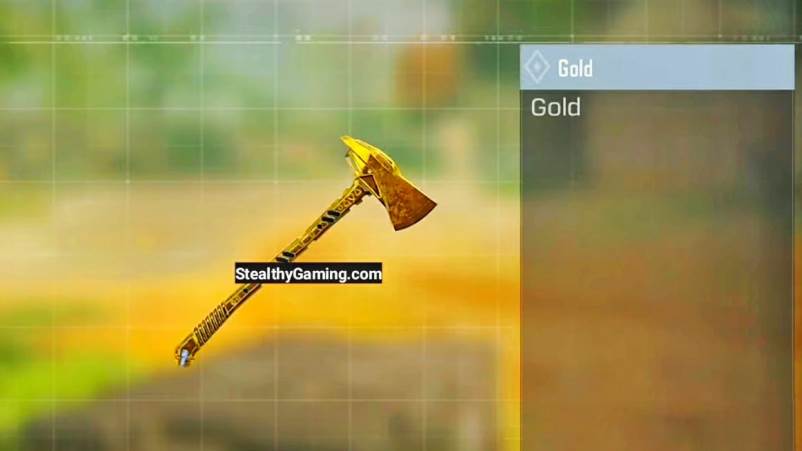 Call of Duty has become one of the go-to FPS games on the mobile platform. With the Season 11 update, players have started grinding more than ever to unlock all the rewards which the Anniversary update has got along with it. The ton of rewards released in the Seasonal Events and the Battle Pass are attracting players to play the game more and more.

The Alcatraz Map has made players go into the hyper-competitive mode. The new weapons and perks have invoked the curiosity of the players to unlock them as fast as possible. Well, in Season 11 the Battle Pass and Seasonal Events offer new weapons, skins, etc for free. Among those is the AXE. The Axe is available for free this season. It can be found in the Seasonal Section of Events. How to get Axe in Call of Duty Mobile –

Call of Duty Mobile is known to release new weapons and perks via the Seasonal section under Events and also through crates, bundles, and lucky draws. Previously the axe was found in bundles or in crates. However, getting the axe was quite expensive as getting an Epic melee weapon in the first round of buying a crate has very less probability.

So, for those who couldn’t get the axe in their weapon arsenal in the previous seasons, Season 11 provides them a very good opportunity to get the weapon for free.

The Seasonal Section under Events basically gets refreshed every Season. This section provides a lot of rewards like weapon skins, character skins, perks, charms, etc which can be obtained by the players by completing a series of missions in order.

In Season 11, the ‘Axe’ can be found in the Heavy Duty section of Seasonal challenges. The axe is unlocked after completing the 2nd Mission of heavy-duty. It is quite easy and very less time-consuming. If one focuses on doing the missions efficiently, the axe can be unlocked within 15 minutes.

How to unlock Gold Axe in COD Mobile –

After unlocking the axe, you can find it in the melee section of your loadout. Now, comes the difficult part. Unlike the axe, the gold skin for the axe can’t be achieved without grinding. As to obtain the gold skin for any weapon one needs to unlock all the camos for the weapon and to do that a lot of grinding is required. However, to avoid wasting time unnecessarily, we have come up with the most efficient way to go about unlocking the camos so you can get the gold skin fast.

ALSO READ: How to unlock Gold Camo in COD Mobile

First things first, you need to completely level up the axe. To do that you can simply use your Weapon XP cards or play games and kill a lot of enemies. If you opt for the second option it is advisable that you use a Double Weapon XP card before the matches so you’ll get twice the XP which will help level up your weapon faster.

After upgrading your axe to the max, you need to complete all the missions of the camos available to unlock them. Like for example Killing enemies, killing enemies while crouching, killing enemies without dying, etc. For this part, we suggest playing modes such as Hardpoint and Domination in maps like Shipment 1944, Rust, Nuketown. These short maps allow you to get more kills faster. Once you unlock all the camos for the axe, you just need to play one more match to unlock the skin. We would suggest you play a short match like a TDM and once that’s done you can check out your Gold Axe skin waiting for you in the gunsmith.

Well, Activision has brought the brand new Completionist camo with the new season update. And the new camo is the Diamond camo which is one of the hardest camos to unlock in COD Mobile. For unlocking Diamond camo for other weapons like DRH or any other AR or SMG rifles, you will have to get a kill streak of 10 for 150 times!

But, acquiring Diamond Camo for Axe is a little easier, but you will have to grind for sure. You need a total of 500 axe kills to unlock its Diamond Camo. Pretty easy, isn’t it?