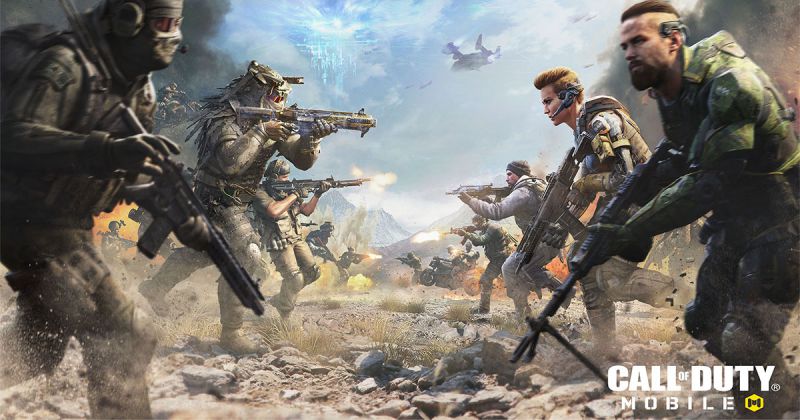 Call of Duty Mobile is already nearing the end of Season Two: Day of Reckoning and Call of Duty is already teasing new content that is supposed to arrive in the new season which is just around the corner. On 3rd and 4th April, Call of Duty teased a New Map and a New Weapon for the upcoming season.

We are halfway through Season 2 and there is still so much left in it, yet there are new additions teased for the new season. Reportedly, Season Two: Day of Reckoning is set to end on April 16, 2021. Hence we can expect the new season to arrive in a blink of an eye. Fans are deep into the current season and are absolutely loving the new additions and modes.

So, let us take a look in this article at what the new teasers are for the upcoming new season. The teaser for the map was dropped on 3rd April. The map is titled Coastal. It will feature 5v5 mode, as per leaks from the Chinese version. The map is medium-sized with alleyways that will offer quite a lot of breathing room for snipers. Many players from the community are comparing the outlook of the map with the famous PC title Counter-Strike: Global Offensive. Furthermore, in the teaser, we spotted an ‘A’ marked on the wall. This can imply that the ‘Search and Destroy Mode’ will also be available with this map. On 4th April 2021, Call of Duty teased a new weapon for the upcoming season. The teaser shows the silhouette of the weapon. It looks identical to the PP19 Bizon in Modern Warfare and Warzone. The Bizon is a fully automatic SMG, with high damage and fire rate with low recoil, making it a really powerful weapon in the SMG class.

Judging from the fans’ reactions, they are pretty hyped for what the next season has to offer. However, the exact release date of these contents has not been revealed yet. The map and weapon are expected to be released after the release of Season 3 which will be after April 16.

We will keep you updated with further information regarding Season 3 as and when they are revealed. Stay tuned for further exciting news.