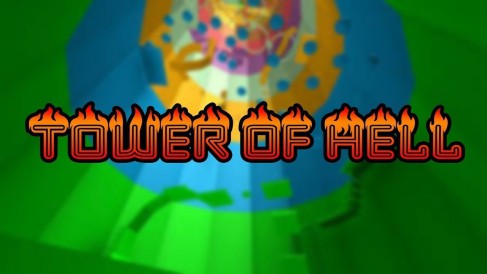 Tower of Hell in Roblox is a round-based Obby Game created by PyxlDev and ObrenTune of YXCeptional Studios. The game’s objective is to reach the top of the randomly generated tower which resets after every six-minute round. When a player completes a tower before the timer resets, they speed up the timer.

Tower of Hell was nominated for the Mobile Game of the Year Award as well won a Bloxy Award for the best round-based game at the 7th Annual Bloxy Awards Event. In this game, players must complete multiple different towers with no checkpoints, meaning that even if you fall from the topmost point, you will have to start from the beginning of the tower, level 00.

Today, we will look at some tips or a guide for beginners who might struggle at this game to understand what they have to do and how to reach higher levels of the Tower. This guide is especially for beginners as the majority of the players in this game are teenagers or children below the age of 16.

TRENDING: How to Get Peacock in Adopt Me Quickly

How to Play Tower of Hell in Roblox

Tower of Hell is not a difficult game to understand, however, it can come across as a difficult game to play for those who have never played any games like this. Climbing to the top from level 00 without any checkpoints is very challenging and frustrating if you don’t know how to do it. Hence, today we will look at some quick tips for the game that will help beginners in performing better at this game. Also, these tips are for players that play this game on PC/Laptop and not for mobile.

On the top left corner, there will be a tab with 3 bars in it. Click on that. This is the options tab. In this tab, you will see a settings section, click on it and hover down to where it says Shift Lock Switch, and turn it on and resume the game. To activate the shift lock switch, press the left shift key. Now, you can use your mouse to rotate your character around rather than rotating the camera before. This will further help you in moving forward or backward or sideways while having a complete view of your character.

To have a head start on other players, you can move to the side where there are long steps on level 00 and climb the step from a place from where you can jump and simply reach the top of the stairs from where the platform for reaching the next level is nearer. You need to use the “W” key cleverly and quickly with the Spacebar key (to jump) to time your placement perfectly on the staircase.

In some areas, you might need to turn off the Shift Lock by pressing the left Shift key, so that you can perform Truss jumps. Truss jumps are required when you need to jump to the opposite side from your body while climbing up and you need to jump on the stage that is on the opposite side facing your back. By turning off the Shift lock you will find it easier to look back and jump on the stage perfectly.

Another challenge of this game is to dodge from lava while trying to climb up. If you even slightly touch the lava, you will be disfigured and then fall down to the beginning level. So to tackle this lava is to keep the shift lock on and carefully make your way through paths that have lava around them.

Moving around gaps will generally come at higher stages. To complete those stages, keep the shift lock on and move sideways slowly to paths that are close by. You don’t necessarily need to jump every time. It becomes easier to navigate around tight spaces by just moving slowly using your mouse to look sideways for the distance between the paths.

It is important to know your surroundings in this game. You should know where and when to make a jump. You can do this by staying still and switching off the shit lock and click and hold the right key on your mouse to move your camera and look around your surroundings for where you need to make a jump. This will help you in analyzing a path for moving forward (upward).

Standing Jumps can be very helpful in stages where paths are filled with lava and tight spaces. You will need to move your character by pressing the jump key (spacebar) first and then move using W, A, S, D. This will help you in avoiding the lava and also make careful movements to move ahead.

Tower of Hell also has another obstacle, “Lasers”, that will prove to be a big hindrance for you if you don’t know whether to jump or just move ahead. To know if you must move over or under the laser,  align your camera with your characters’ head and check whether the laser is over or under. If the laser is under, you need to jump over them so that you are not sliced to pieces and also avoid having to restart from the bottom. If the laser is over, you can just move ahead without having to do much. But you need to be very careful and it is pivotal that you make the correct judgment, hence you can afford to spend some seconds before making a decision.

Well, if you follow these tips as a beginner, you will surely master the way to beat the tower in no time. Read the tips carefully and practice hard.