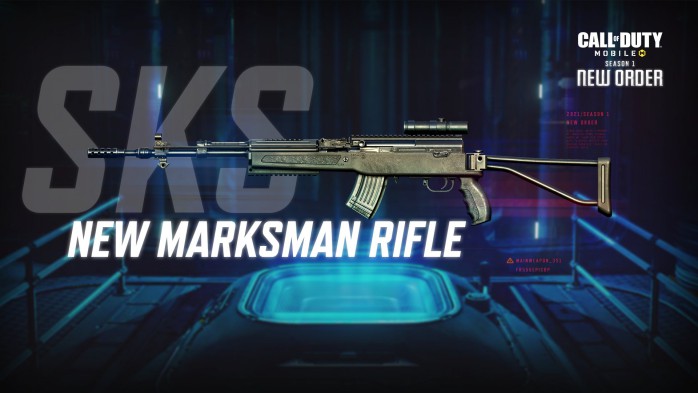 Players all across the world are busy grinding in the Global version of COD Mobile as Season 1 is live and rolling as we speak. This season, COD Mobile has decided to start afresh. Hence, the seasonal count has been reset and the Season has been named as New Order, which is quite apt if you ask us.

Now, Season 1 New Order got in a huge influx of unlockable content and rewards. Amongst those were new characters, weapons, maps, modes, and much more. The latest Season of COD Mobile also got in 2 new weapons.

Because of the consistent addition of weapons and attachments with every passing season, figuring out the perfect gunsmith build for a weapon has become very overwhelming. That is where our team steps in.

We have been building a ‘purpose-oriented’ Gunsmith loadout for a particular weapon. Earlier in this series, we have mentioned the loadouts like “No Recoil’ KN-44, ‘No Recoil’ HG-40, ‘Fast ADS’ Kilo, and a lot more. Make sure to check all loadouts here. The SKS is a marksman rifle that has previously featured in other mainstream COD titles like Warzone. It is also one of the most popular marksman rifles in the COD franchise.

Having said that, since it is a marksman rifle, its fire rate is higher than traditional Sniper rifles. This gives the SKS a huge advantage. The SKS is the Second Marksman rifle to be featured in COD Mobile after the Kilo Bolt Action. This new Marksman rifle has a lot of potentials. From what we have experienced by using it in Battle Royale mode, we can say that it sure is competent enough to ace a couple of Ranked matches in Multiplayer.

Today we will be talking about some of the gunsmith attachments which can help increase the overall mobility of the weapon. This will in turn make the weapon more versatile and agile.