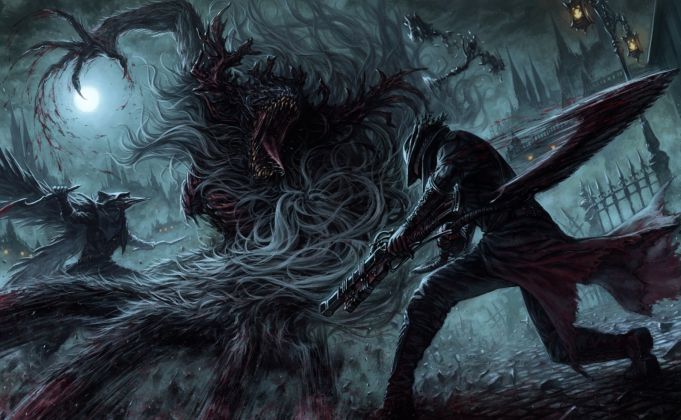 Released in early 2015 for the PlayStation 4, Bloodborne centers on a protagonist named the Hunter as he makes his way through a metropolis infected with a mysterious blood-borne infection.

From a third-person viewpoint, players will explore the land of Yharnam, which takes inspiration from the Gothic and Victorian eras, and fight their way through a secret plot while leveling up and equipping better weapons and armor to take on more difficult foes and bosses.

The PC and console games below are similar to Bloodborne in that they transport you to grim environments where you must cut, slice, evade, and improve your way through waves of monsters. 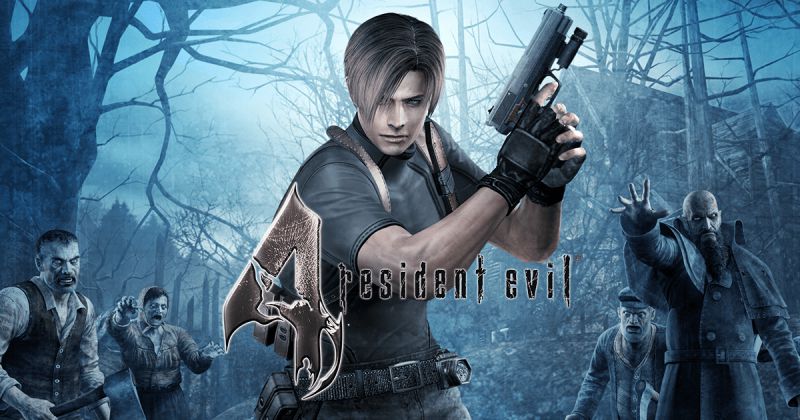 The plot follows a secret operative who sets out on a mission to rescue the president’s daughter.

Something evil is afoot as he arrives in the secluded rural community.

Creatures of terror wait patiently in every shadow for their chance to strike.

The search for the missing individual soon turns into a nightmare as he tries to fend against the forces of evil. 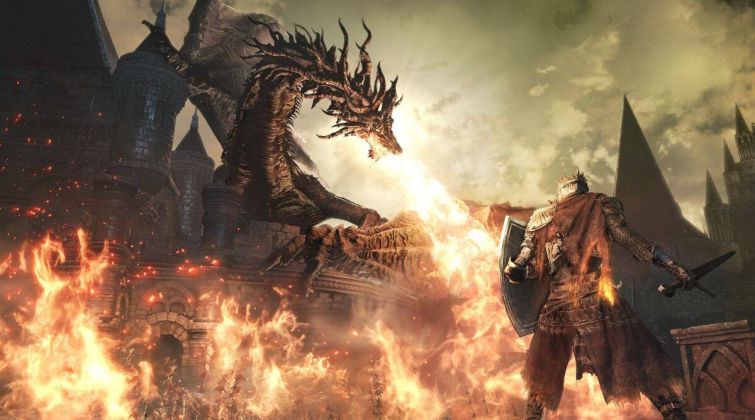 There is now a whole subgenre thanks to the Dark Souls games.

This series’ phenomenal popularity has prompted similar efforts from other studios.

The Dark Souls games have been influential on the design of other games like Code Vein and The Surge.

As soon as you enter Dark Souls’ realm, you’ll feel like a part of its carefully crafted environment.

The sheer genius of the level design will still blow your mind, no matter how many times you play the game.

The sequel and third game in a series often improve upon the first. 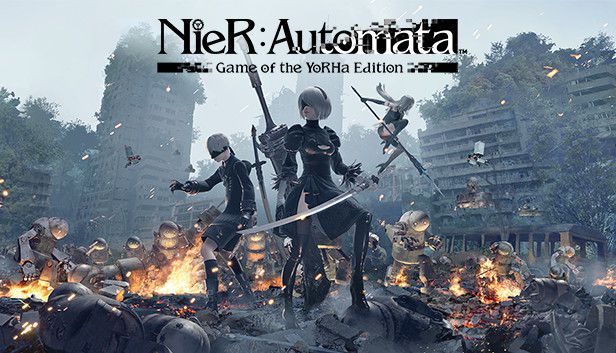 The massive setting of Automata is just wonderful. You’ll fall in love with the game right away due to its abundance of unique and unexpected concepts.

It combines elements of a platformer, puzzle game, and action role-playing game.

The amount of material and variation in this game makes it well worth double the asking price. 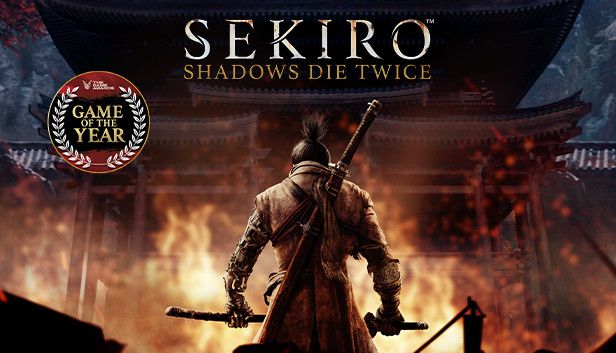 In Sekiro: Shadows Die Twice, players no longer have the luxury of taking their time and carefully planning their moves; instead, they must be swift, precise, and incisive in their fight.

Avoiding damage and deflecting attacks are two of Sekiro’s most useful techniques, but they need pinpoint accuracy to use well. 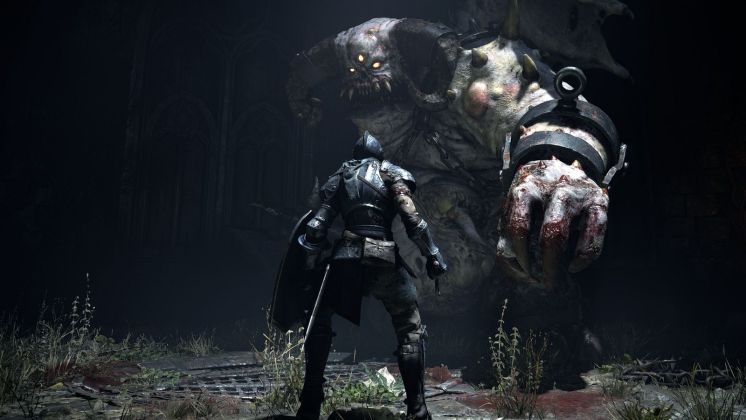 Your only objective is to survive the onslaught of wicked beasts and emerge victorious.

Don’t expect to play hero anytime soon. If at all possible, you should try to save yourself.

The creatures you kill provide you with “Souls,” which you then use to purchase upgrades for your character.

In this game, Souls serve as a kind of money that can be spent on a variety of items and upgrades for your character. 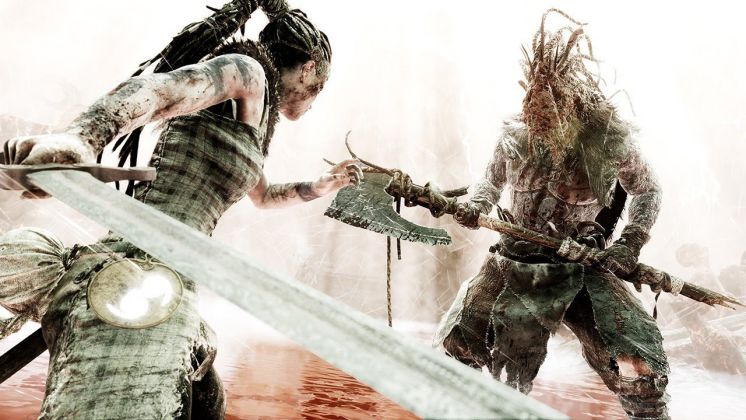 While most games in this genre focus more on the action, Hellblade stands out for its strong focus on character development.

You won’t get to use your sword very often, but when you do, you’ll find the slow yet rewarding conflict to be well worth the wait. 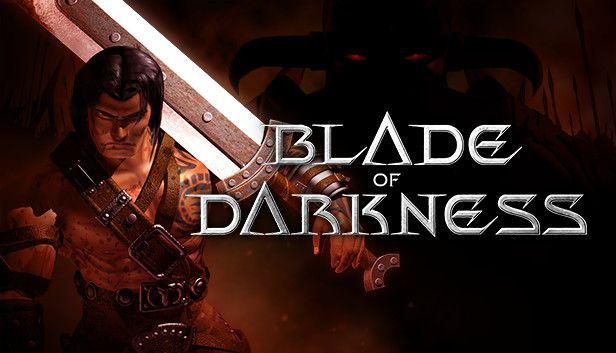 The fighting in Blade of Darkness is savage, with players engaging in hack-and-slash battles at close range.

Since its 2001 debut, the game has been available on nothing but Windows.

Throughout the game, players will see a variety of authentic settings that are reminiscent of regions in both Europe and Africa.

The player may choose from four different playable classes in this world where swords and magic rule.

Soul Sacrifice, released for the PlayStation Vita in 2013, is an original and foreboding action-adventure game with a twist on the classic action RPG hack-and-slash formula.

The player’s capacity to self-sacrifice is limited, and as the game progresses, the player’s body will become scarred by the accumulation of wounds suffered in the course of the battle. 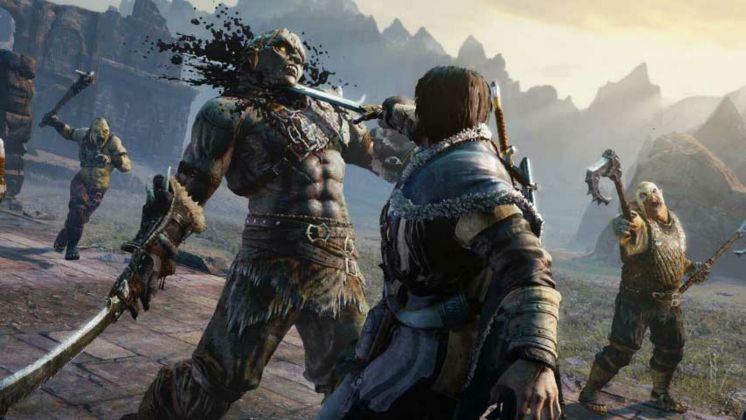 Set in the world of The Lord of the Rings, Middle-earth: Shadow of Mordor has you playing as a fierce ranger with special wraith skills who fight off orcs.

Shadow of Mordor provides a top-notch Lord of the Rings action adventure that requires 30 to 40 hours of gameplay to complete thanks to its excellent sword fighting, stealth elements, expansive open world, and special nemesis system. 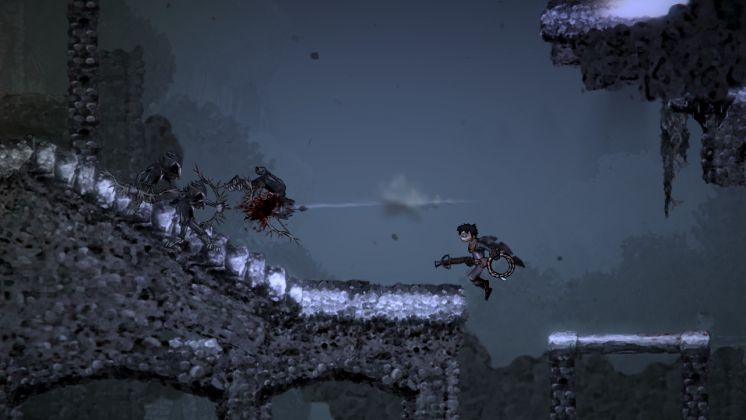 In Salt and Sanctuary, the challenging gameplay has been translated into a fantastic 2D environment, making it accessible to players on consoles and personal computers.

There are several playable classes, each with its own set of obstacles (such as the chef class) and rewards (such as the game’s considerable replay value) that will help you overcome the darkness you face. 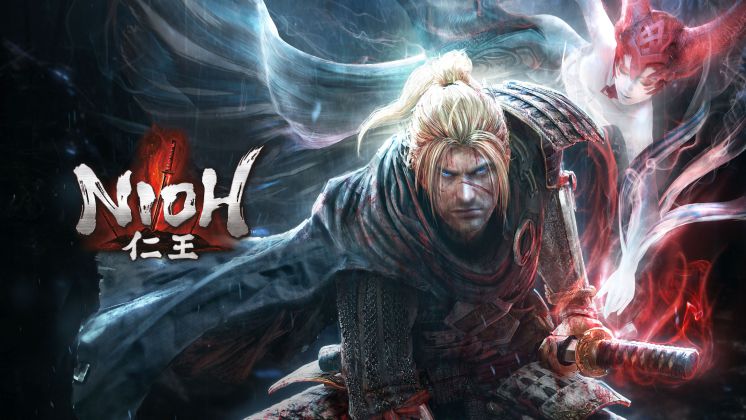 Nioh is a game that encourages you to go on exploratory missions and rewards you for doing so. The bosses are not just gigantic, stupid oafs to be stomped on the spot.

If you’re nearby, even in the dark, they’ll be able to tell. A single stroke from even a modest foe may be devastating.

As disheartening as constant death is, at least it educates and improves your mind. It will encourage you to perform better the following time around. 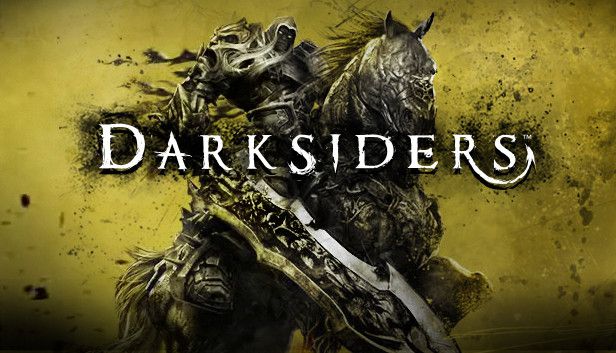 The video game called Darksiders chronicles the exploits of War in an action-adventure setting.

The game’s plot is based on the conflict between Hell and Heaven and takes its cues from the catastrophe.

Since the dawn of time, these two factions have fought tooth and nail, with neither side ever managing to get the upper hand. 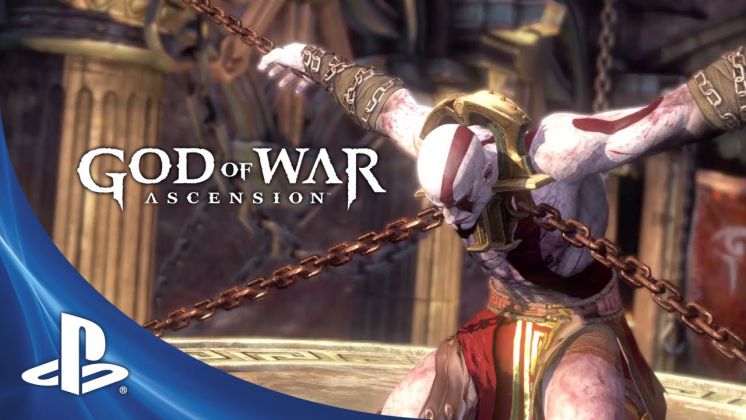 The origin of Kratos is yours to discover in God of War: Ascension, a game that mixes puzzle solving with violent action.

Ascension takes place not long after the deaths of his loved ones, but more than ten years before the events of the first God of War game.

Kratos will be under your command when he faces the three furies after you’ve broken your blood promise to the deity Ares and let him escape. 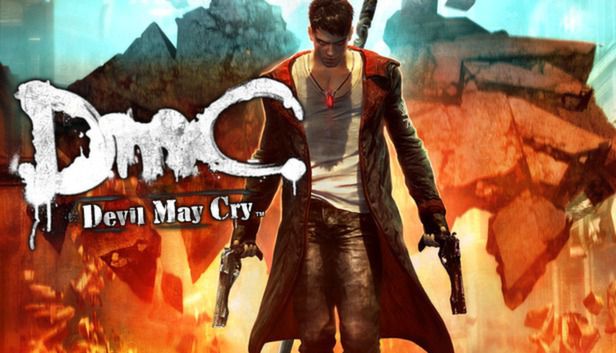 Dante, our favorite hero, returns in this updated version with the goal to get revenge for the murder of his mother.

In our opinion, this is the finest game in the series. Using it is a breeze; the interface is intuitive and quick to react.

Those coming from Bloodborne may need a while to adjust to the controls and aesthetics of this game.

The showy protagonist uses an original method of beheading his foes.

The atmosphere is more lighthearted, and the battle is less taxing, so you’ll have time to catch your breath now and again.

The original Dark Messiah of Might and Magic was launched for Windows in 2006, with an extended version called Elements launched for Xbox 360 in 2008.

Both games include a dark fantasy background and action role-playing gameplay.

There are a variety of playstyles available, including swordplay, sorcery, and stealth, so players may choose their approach to the plot and battles. 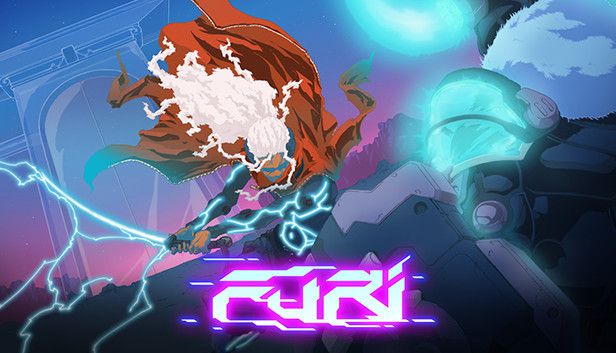 Think about how much more exciting runs would be in a Dark Souls game if all the boss fights were placed in their own area.

That’s precisely what Furi is: a boss rush game with hard yet enjoyable gameplay.

Those who are comfortable with the fast-paced action of Bloodborne will feel at home in Furi, where ducking and parrying are crucial to survival.

17. Remnant: From the Ashes 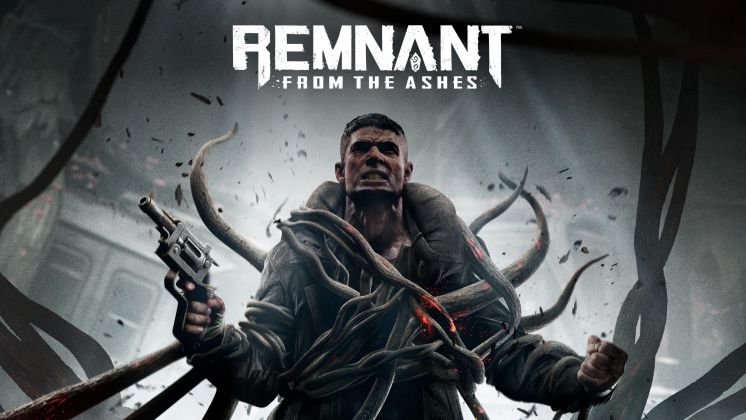 You’ll want to grab a few pals and go into this third-person survival game together.

When taking on the game’s most challenging bosses, you’ll appreciate the game’s co-op mode, which allows up to three people to get in on the action at once in Remnant: From the Ashes.

Guns and other weaponry will replace swords and spells as your primary means of long-range combat.

The narrative of Remnant is also worth your time, as you travel through a post-apocalyptic Earth to halt an alien space invasion before it destroys the globe. 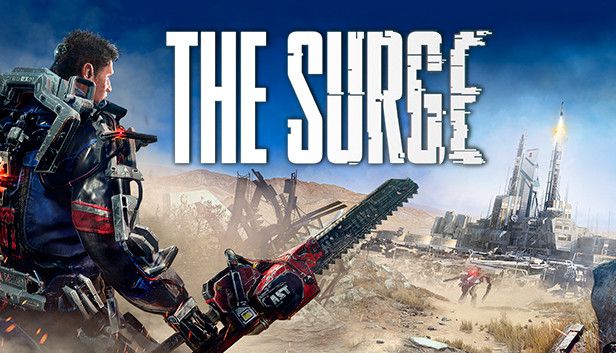 The protagonist of the narrative had a disastrous first day on the job.

Everything in his workplace has gone wild when he awakens to find himself in a destroyed area of the building.

He has an exoskeleton and needs to get out of the building.

The narrative’s only purpose is to provide fresh justification for a strict stance against enemies.

There is a lot of emphasis on battle, which is the game’s main marketing feature. This activity is quick, difficult, and harsh. 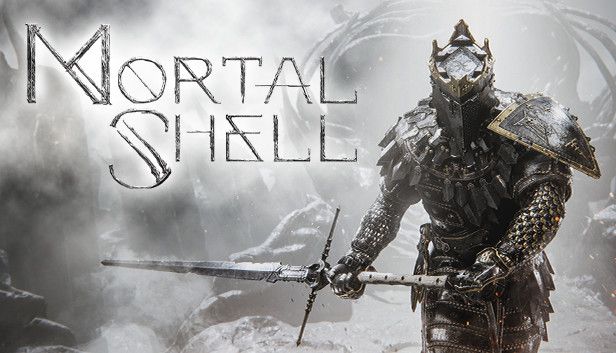 The most recent Souls-like to be released is called Mortal Shell, and playing it is complete fun.

The game’s length isn’t detracting from the fact that there’s a ton of fun to be had from beginning to finish.

Using various Shells as classes is an interesting concept, and the strategic battle in Mortal Shell is a lot of fun.

The hardening mechanism also deserves praise for offering an unexpectedly complex dimension to the battle in Mortal Shell.