Call of Duty Mobile has had more than 148 million downloads since its release. This illustrates exactly how far the game, over a span of one year has really, progressed. Moreover, Call of Duty Mobile has been one of the most successful FPS games on the mobile platform ever since PUBG Mobile was banned in India.

Must Read: How to get Relentless Medal in COD Mobile

How to get Gun Master Medal in COD Mobile? 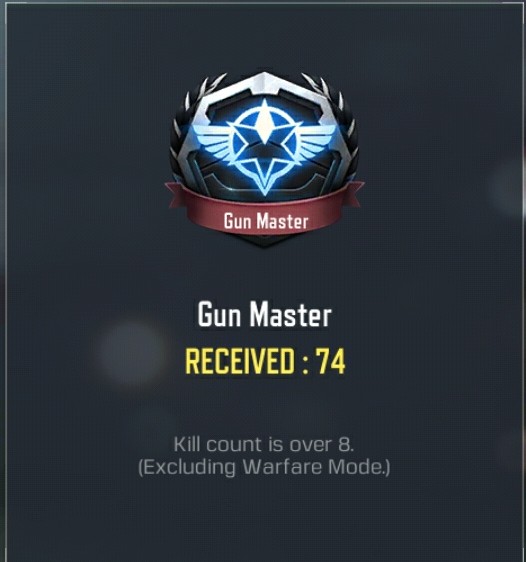 To earn the Gun Master Medal in COD Mobile, players have to get a Kill Count of More than 8 in Battle Royale mode. The Kills made in the Warfare Mode won’t be considered.

Trending: How to get Brutal Medal in COD Mobile

Getting the Gun Master Medal is comparatively easier. Playing one Battle Royale match should suffice to get 8 kills. We’d suggest you drop in on High-Tier loot areas. That way, you can kill a lot of enemies in the vicinity.

The Alcatraz map should also prove to be very beneficial. Because, even if you get killed once, you get 4 more tries to respawn and get the requisite number of kills for the Gun Master medal.