Roblox is a fantastic gaming platform that also serves as a game development framework. Customers may create and program their own titles to share with other players, and vice versa. Roblox is largely used by children, and the bulk of the games available on the site was created by children.

Despite its blocky, cartoonish aesthetics and art style, Roblox isn’t always a fun place to be. There are games that will up the stakes and offer you considerably more important obligations than you are accustomed to.

Rarely does a well-known home console open-ended game appear to be a blatant clone of a game that has amassed a large audience elsewhere.

Many different game genres and subgenres may be found on Roblox. Roblox offers a broad variety of games, including tycoon games, survival games, and simulator games

Roblox has gained in popularity among young people, in addition to being a free platform where users may test out a variety of games. This game may be used on a PC, a smartphone, or an Xbox console to make use of all of the platform’s features.

Thanks to this edition, many more individuals may now partake in the fun in their own unique way. Roblox may be played on Android and iOS phones and tablets, as well as Amazon Fire tablets. Here is our guide on How to play ‘Build a boat for treasure’ on Roblox.

How to play ‘Build a boat for treasure’ on Roblox 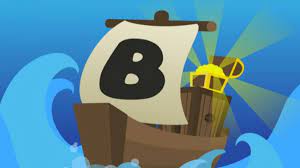 This article is based on the Roblox game Build A Boat For Treasure (abbreviated as BABFT).

Chillz Studios and, in particular, Chillthrill709 are behind BABFT. The game is around building a boat, surviving numerous different environments, and eventually getting the reward at the end.

In this “Build to Survive” style game, boats are crucial to winning. Players usually form teams in order to connect components and maybe reach the finish line. To reach to the end, the boats must overcome obstacles. The more powerful the boat, the more probable it is to reach the finish line.

Build a Boat For Treasure has a boat as one of its key elements. Boats may be constructed with any block and launched using the Launch Boat Button. To create a boat, the user just simply adds any material and then launches it using the Launch Button.

Because the game does not yet include oars, it has been debated whether the boats are considered rafts or floating objects. Place the stronger blocks first and in the center, with smaller blocks placed as a defense. To build a bigger and better ship, form a team with someone else.

Players will experience zones known as “Stages” as they move through the game. Each stage contains its unique set of challenges, such as rocks or waves. They are used to put the player’s boat-building abilities to the test.

In Build a Boat For Treasure, there are stages. They act as obstacles for the player and their creations to overcome. There are now around 11 stages in a single run (counting the stage entrance and the treasure), down from 22 previously.

The stages are divided into four categories: green – entrance, yellow – intermediate, red – hazardous, and the final stage, which is the most difficult and contains the prize. In BABFT, a stage is 288 blocks long on average.

The aim of Build a Boat for Treasure is to find the treasure. It is gained by surviving all of the Stages and floating to the island without dying.

When the player touches it for the first time, it will reward them with the title of Master Boater! badge unlocks Quests, grants a Gold Block, enables them to purchase planes, and provides 105 gold (200 with Gold Multiplier and 132 gold with Group Perk, 237 with both).

The player will teleport back to their Building Space after touching it. Except for earning the badge, all following treasures will grant the same benefits.

After passing all of the Black Walls in the Stages, the players are awarded a prize. There will be a plunge from a waterfall into a few rock spikes when you reach the conclusion of the stages. If the player makes it to the sandbank, their boat will float to the sandbank, where it will be destroyed, allowing the player to retrieve a treasure chest present.

It awards players either 100 gold (from Stages) or 32 gold (from Treasure) and a gold block when touched (264 with Gold Multiplier and 157 with being a Chillz Studios group member, 314 with both). The quantity of gold earned is determined by how quickly the player progresses through the stages.

Quests are additional goals for the player to complete. They reward the player with gold and one-of-a-kind blocks. The Gold Multiplier does not double quest gold, and being a Chillz Studios group member does not boost it.

Build A Boat For Treasure has a quest system. Some missions prevent you from attaching blocks to your avatar. However, you may connect blocks to your HumanoidRootPart (which is the case with the firework attachment glitch). The player who completes a task will be awarded with Blocks and/or Gold.

Returning to a completed Listed quest may not always result in the player receiving resources. After finishing an unlisted quest for the first time, the player will not be rewarded.

With the exception of The Rings mission and the soccer quest, you cannot place any sort of Jet Turbine while undertaking a specified quest. To unlock tasks in a prior version, the player had to reach the finish once, although this was subsequently eliminated.

That’s it with our today’s article of How to play ‘Build a boat for treasure’ on Roblox. Do try all the sections and tell us your favorite. Till then, stay safe and follow us for more upcoming coverage.