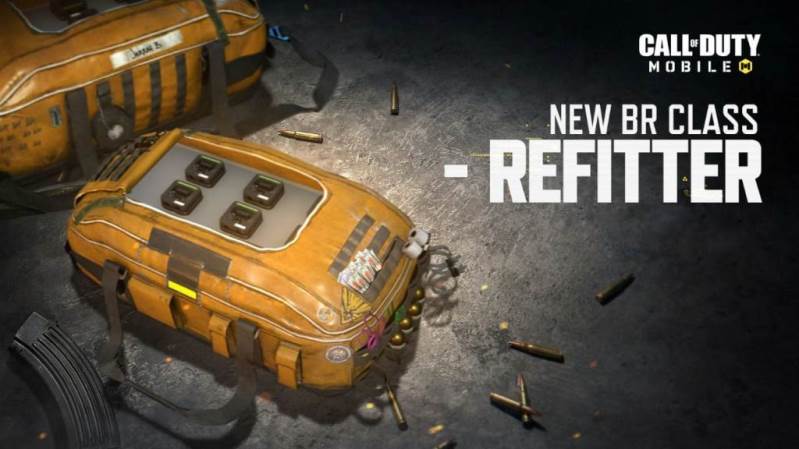 (November 6) – Alright, ladies and gentlemen, Call of Duty Mobile Season 12 is right around the corner, and just like you, we can’t keep our cool too. Season 11 Anniversary update really blew our minds with the barrage of overwhelming rewards, unlockable content, and much more. Season 11 celebrated the First Anniversary of CALL OF DUTY Mobile and might we say it was really grand.

We know that players all around are getting really curious about Season 12 of Call of Duty Mobile. For the very same reason, our team of dedicated researchers work around the clock to bring you all the credible and reliable news at the earliest.

How to get Refitter class in Call of Duty: Mobile Battle Royale

Just like some of the other upcoming updates we have discussed, today we will be talking about the refitter class in Call of Duty Mobile BR.

The Refitter Class is going to be an all-new addition to the variety of existing classes in Battle Royale mode of COD Mobile. The refitter class will be providing players with an Armour Pack and a Greaser ability.

The Greaser ability of the Refitter class will most likely help a player slowly make repairs and increase the durability of your armor and also your vehicles.

As you can see, the refitter class is a defensive class. This will really amplify the resistance of the body towards bullets. Moreover, this class can be used by your teammates. So, this is really going to help your whole squad in Battle Royale Mode.

As of now, the BR class is locked and will highly likely roll out in Season 12.  Call of Duty Mobile is known for releasing new BR classes in the credit store. So, we can either find the refitter class in the credit store or we can find it in the Season 12 Battle Pass.

The description of the locked Refitter class says STAY TUNED. And that’s exactly what we are going to do.

Well, it looks, the all-new Refitter class in COD Mobile Battle Royale mode will be rolling out soon. Earlier, we mentioned that the new class will be available with the Season 12 Battle Pass. But, as you already know, no new BR class made its way with the Battle Pass content.

But, according to an image posted by the official Twitter account of COD Mobile, it is now confirmed that the new BR class will be available in the first week of December.

Moreover, the official blog by Activision has confirmed that the new BR class will be rolling with the Seasonal Events. As you already know, you need to complete a series of tasks in the seasonal event to unlock new content. Earlier, various perks, weapons, operator skins were made available in the game through the Seasonal Events.

Ladies and Gentlemen, just as promised, we are back with some exciting news related to the Refitter class of Battle Royale of Call of Duty Mobile. 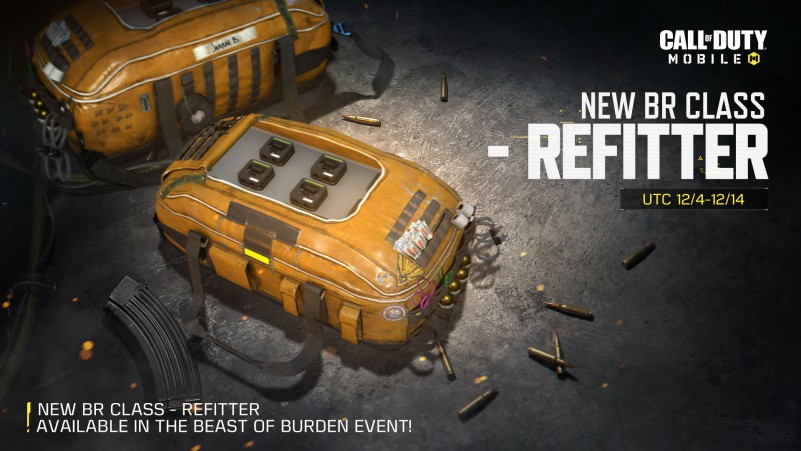 We know how excited you guys must be to try this new class out. We’d suggest you guys get geared up to grind to complete all the missions under the Beast of Burden Event and get your hands on the Refitter Class.

The all-new Battle Royale is finally here in the game. And as we mentioned in our previous update, the new BR class rolls out with a new ‘Beast of Burden’ event.

Simply go to the Events tab and head to Limited Time events, where you will find the new event to unlock BR class – Refitter.

Well, these missions are a little different from the seasonal events. The number of tasks to be done are comparatively more. And to complete these missions and earn the new Refitter class will take some time. We advise our users to check out the mission to be done carefully before start grinding for the new class.