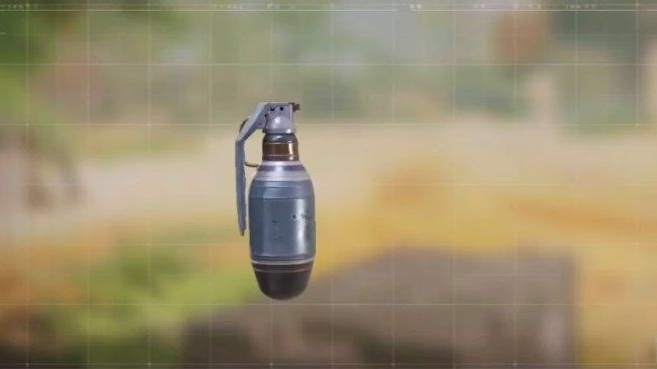 It’s almost time to bid adieu to the Season 12 of Call of Duty Mobile as Season 13 is fast approaching and is right around the corner. COD Mobile’s 12th season was one of the best game updates ever seen. It set the standard as high as possible. Now all of the players are focused on Season 13 and are expecting a lot from the new season.

COD Mobile has always managed to keep the players entertained and engaged by coming up with creative and relatable updates consistently. Likewise, Season 13 is also going to be an action-packed update.

We have reports of a ton of goodies getting introduced in the upcoming season. Out of all those goodies, there is one such thing which we will be talking about today. It is the all-new Gas Grenade. So, without any further ado let’s dive straight into today’s topic.

How to get Gas Grenade in COD Mobile?

The Gas Grenade which is going to be released in Season 13 of Call of Duty Mobile is a piece of Tactical Equipment. This means that the Gas Grenade isn’t going to be able to eliminate enemies by itself as it is non-lethal. However, it is sure to hinder the gameplay of the enemy making them an easy target for us.

To be more precise, the Gas Grenade detonates after a collision and releases tear gas continuously which causes deceleration, blurred vision, and coughing. This makes the enemy vulnerable for quite some time during which we can easily kill them as the effect of the grenade takes some time to wear off.

Well, that is all the information we have on the all-new Tactical equipment – Gas Grenade. From whatever we have heard till now, we can’t wait to get our hands on this new piece of equipment and make our enemies cry, literally.

Activision finally launched the new tactical weapon in Call of Duty Mobile. Yes, we are talking about the Gas Grenade. The new type of grenade is finally here and can be unlocked by completing the tasks in the new seasonal event.

Well, the tasks are pretty easy, you just need to complete 4 easy tasks to unlock the gas grenade.