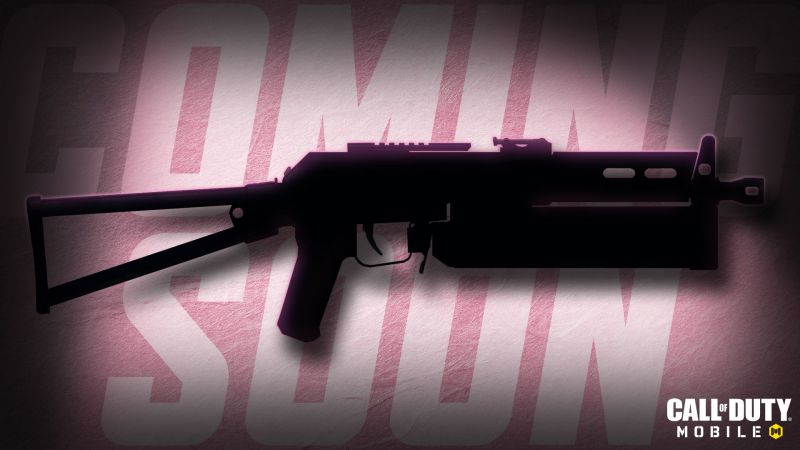 Season 2, Day of Reckoning of Call of Duty Mobile has really managed to garner the attention of quite a lot of players and also reach the standards of the previous seasons. This season has managed to bring for us a good number of freebies via the Battle Pass and Seasonal events. Well, COD Mobile launches new weapons, perks, and attachments every season.

The brand-new season of Call of Duty Mobile is already on the way. Activision has been taunting the new season update material for quite some time presently. The new season concept will be called ‘Tokyo Escape.’ The title implies a non-tech and zen-focused seasonal content.

That being said, it should come as no surprise that the upcoming season will be bringing along with it 2 new weapons for the already huge weapons arsenal. That’s right, Activision has teased the fans with 2 new weapons named the Bizon and the Renetti. In this article, we will be talking about the PP19-Bizon.

Call of Duty: Mobile has initiated taunting the forthcoming Season 3 update. The game had also earlier taunted a fresh multiplayer map. This moment around, the Devs taunted a fresh firearm.

Yet again, internet investigators have concluded that it is the PP19 Bizon SMG. The gun must be familiar to several PUBG Mobile gamers and those that have managed to play other Call of Duty titles like Ghosts, Modern Warfare, and more.

How to get PP19 Bizon in COD Mobile:

As an SMG, PP19 Bizon could perhaps deliver all that players have grown to expect from its segment. This implies that the firearm must give decent mobility and a high rate of fire. To help balance out, must also provide lesser damage and range especially in comparison to assault rifles.

Conventionally, the Bizon SMG seeks to give a massive magazine too though. This should make it a precise contender to the PDW-57. That being said, we’ll have to really wait and see how the new SMG stacks up.

The current COD Mobile season expires on 16 April. This implies the third season’s content update must be updated on the same day with the upcoming season officially kicking off on April 17th.

PP19 Bizon SMG will be released in the upcoming season via the Battle Pass.

Judging by how things have been done in the past, we speculate that the PP19 Bizon gets launched via the battle pass with the base variant at Tier-21 of the Battle Pass and the Epic skin PP19 Bizon at tier-50. That being said, there is no confirmation for the same as of now.

We are all excited about the upcoming update and can hardly keep cool. We can’t wait to try this lethal SMG out in Season 3 of COD Mobile.