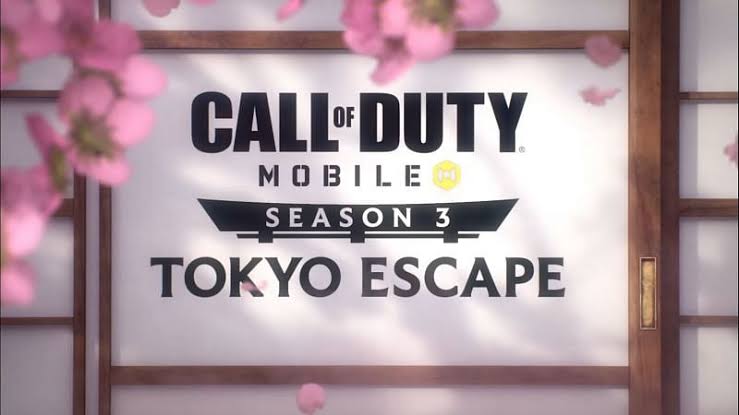 The all-new season of Call of Duty Mobile is on the way. Activision has been teasing the new season update content for quite some time now. The new season theme will be called ‘Tokyo Escape.’ The name suggests a non-tech and gimmicky seasonal content.

Well, through the official social media account Activision has already informed the fans about the two weapons, called Bison and Renetti. Both the weapon will be rolling in this new season along with a new perk called ‘Overclock‘ and a new operating skill called ‘Bull Charge.’

Activision has a lot more in the bag for us, a new class is arriving for the battle royale mode of Call of Duty Mobile. It is called the Spotter class which appeared in the beta test server of season 2 of COD Mobile. We thought, it would roll out in season 2, but it looks like the developers had different plans for it.

Moreover, the new season 3 will be bringing a number of improvements to the game features as well as a new weapon balance.

And before we talk about the COD Mobile season 3 nerfs and buff list, we would like to mention that the developers heard the CODM community. Napalm, the scorestreak that released in the season 2 update, is getting a buff. The flames range of the explosion has increased now.

Other miscellaneous changes include – increase in the Predator missile’s fall speed. Also, the gun production system attachment model is optimized.

And that’s all about COD Mobile Season 3 weapon balance and Nerfs & Buffs. We will be updating this article with the latest information available. Stay tuned, for more info.