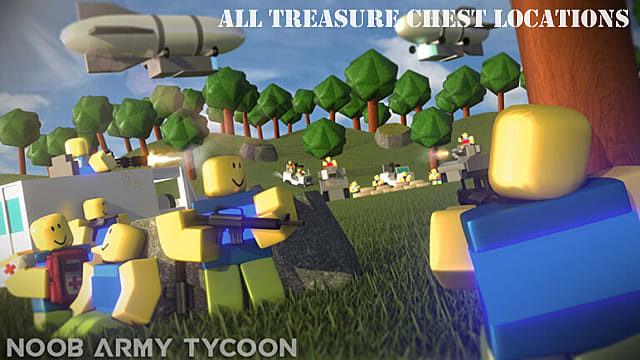 Roblox is a popular gaming platform for both creators and users. It’s a haven for a diverse range of games made by dedicated developers. Users are drawn to each game that maintains a good tone throughout the game.

When it comes to different types of games, the most interesting are tycoon games. Tycoon games provide unrivaled entertainment and delight. The players will have fun by performing certain unique tasks that will advance the story of the game to a new chapter.

One of the most popular games nowadays is Noob Army Tycoon. The game has a totally different gaming style than other tycoon games, and it is well-liked by players all around the world. The game is never boring, and players are kept engaged by frequent updates and objectives. Here is our guide on How to Play Noob Army Tycoon in Roblox.

How to Play Noob Army Tycoon in Roblox

Denetroll’s The Noob Army Tycoon is a tycoon war defense game. This game is heavily influenced by Clone Tycoon 2. Military vehicles are available, and players can customize their armies. To unlock additional soldiers and vehicles in Noob Army Tycoon, players must earn cash and research points. Players may also switch armies in the middle of a fight to become the king of the hill and discover treasure chests.

How to create Noob Army and Earn Money:

On spawning, you will land on an island with absolutely nothing in your pocket. you can spawn the first noob worker that will grant you $1 for each second and after earning few bucks you can spawn many of them. when you have enough money, you can buy a super noob worker that will grant you $10 each second. after earning a sufficient amount, you can build your own facility with roads, several buildings along with a headquarter where your workers earn you money. you have to build a barrack that will spawn a noob army. After few upgrades, you will have a huge army that you can take to battle.

How to Attack and Find Treasures: When you have a decent amount of army, you can build a bridge that will transport your army from the island to the forest. your army will attack all the defenders that come in their way. You have to make sure that you have a large amount of army so you don’t get defeated. Meanwhile, you will still be earning money from your noob workers. There are certain places where treasures are found and you can get a lot of rare items from them.

However, you can upgrade a variety of things on the island, it can be your infrastructure, weaponry, headquarter, or your noob workers. Remember that you will always have a passive income even when you are not attacking anywhere.

With that, we conclude our today’s guide on How to Play Noob Army Tycoon in Roblox. Hope you now have an idea of how to play this game and do tell us what other game guides you want. Till next time, stay safe and follow us for more upcoming gaming coverage.