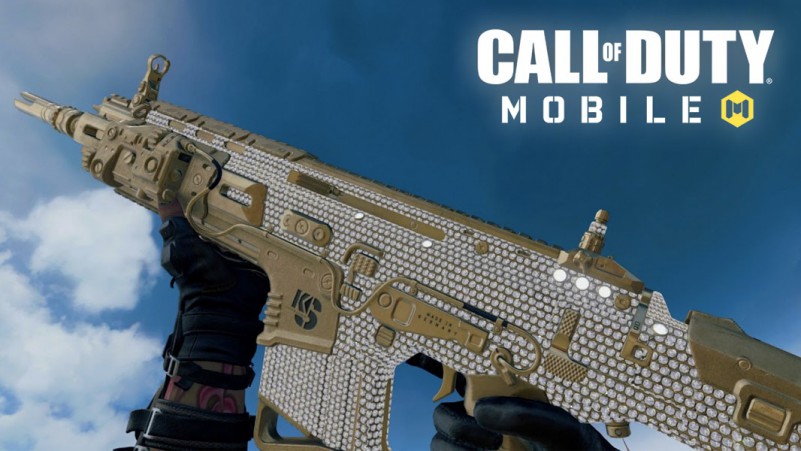 Ever since the ban on the popular mobile game PUBG Mobile in India. Gamers tried to fill the void in their hearts with another Battle Royale game. Fortunately, the Call to Duty Mobile from Activision has provided the same quick and adrenaline-filled experience for the first person and third person mobile devices.

Call to Duty Mobile is now the greatest match for players looking for a really good FPS experience on the mobiles. The game has been one of the most popular and the most downloaded games in the play store over the span of a year. The gameplay, console-like graphics are a major lure for the player around the world.

How to unlock Diamond skin in COD Mobile

All of the rare and uncommon skins owned by the player have been modified into camos since the introduction of the Gunsmith Feature earlier. All the legendary epic skins were turned into blueprints. Besides that, for every weapon, there are many other grinding camos. Even for the secondary ones like knives, pistols, SMRS, and FHJs

We then come to the Completionist Camos after all those camos. This includes the camos of Gold, Platinum, and Damascus.

Must Read: How to unlock Gold Camo in COD Mobile

The Gold camo is unlocked for a weapon by unlocking all other types of camos for the relevant weapon. When all the gold camos in a certain class of weapons are unlocked, the Platinum camo is unlocked.

To unlock the Damascus skin for your weapons, you need to unlock the GOLD and PLATINUM skins for your entire weapons arsenal, including the melee and launcher weapons.

The Gunsmith feature has proven to be a massive success for COD Mobile. However, one update that has eluded Call of Duty Mobile fans has been the introduction of Diamond camo, but the wait is coming to an end soon. The Devs have now confirmed the release of the Diamond Skin in COD Mobile in the upcoming season. However, no exact date of release has been confirmed.

Back in the era of Black Ops, the Diamond camo was an end-tier camo and it was earned the same way in which the Damascus camo is earned in COD Mobile. So, players will now have to do something different to earn Diamond, though that hasn’t been made clear yet. COD Mobile sure will come up with some creative and exhausting way of unlocking the Diamond Skin

Must Read: How to unlock Gold Axe in COD Mobile

We speculate the Diamond skin can be unlocked via completing several challenges. However, since it is an “End-tier” camo, the challenges will certainly not be easy and straightforward. So, players should get geared up mentally for yet another humongous grind.

As of now, we’d suggest you guys to keep grinding for the Damascus camo as it might make the grind for the diamond skin a tad bit easier.

The test servers for Call of Duty Mobile season 13 went live on December 13, Sunday. Well, the test servers confirmed a lot of content that was rumored to release soon in COD Mobile. And among new scorestreaks, weapons, one thing which excited us the most, is the grindable Diamond camo.

Well, we will get to know more about the way the unlock the camo, only after the official release of the update. As of now, the beta servers suggest that the Diamond camo can be unlocked by getting 10 kills in a match 150 times.

As you can see, there is a little ambiguity, as it is not clear if those 10 kills have to be in a streak, in simpler words, 10 kills without dying in a single match for 150 times.

We will definitely get a clearer picture after season 13 goes live officially.