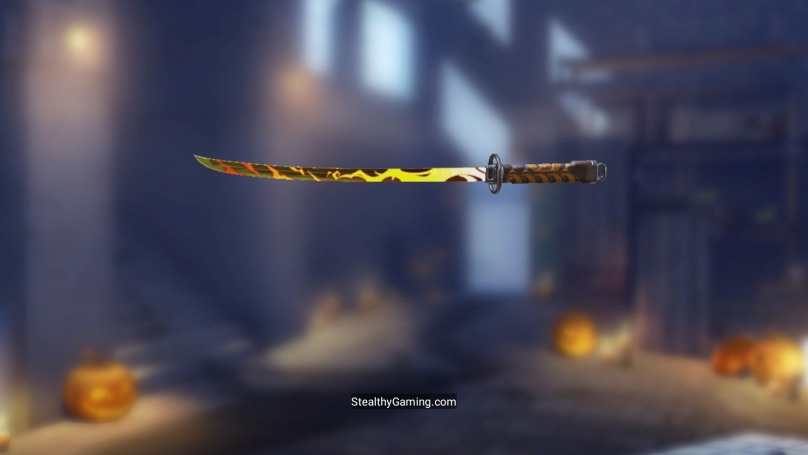 It has been over a year since the release of Call of Duty Mobile. COD Mobile is now celebrating its first anniversary by bringing players all around the world, the Season 11 Anniversary Update. The game became extremely popular because of the sentiments attached with the game – Call of Duty. It got downloaded 148 million times within the first month of its release both on Android and iOS.

Season 11 Anniversary Update got along with it a humongous quantity of content. New characters, new weapons, perks, maps, modes, and much more. We must say fans have been really enjoying the new Fennec and NA-45. Players across the world are busy grinding to get the Damascus skin and to reach the Legendary tier.

Sword in Call of Duty Mobile:

The sword is called the Katana or the Hachi. It is basically a Japanese Samurai sword that has been seen in many Call of Duty Titles like the COD Black Ops III, COD Infinite Warfare, etc.

The Katana/ Hachi is a lethal melee weapon that slashes pretty much anything that comes in its way.

How to unlock Sword in COD Mobile

The sword or better known as the Hachi was first launched in Call of Duty Mobile via the crates. The Hachi, Samurai Sword was available in the Ancestors Crate of Season 6 which was released around May 2020. Back then, players had to spend CP to buy the crates. They also had to be lucky enough if they wished to get the Hachi from the crate.

In season 11, the picture is a bit different. Season 11 provided players with many exciting lucky draws. One of which was the Halloween Draw Redux. This draw features the infamous Hidora Kai skin and the legendary AK-47 Pumpkin Head. More importantly, this draw gives the Katana – All Hallows as one of its rewards.

Judging by the looks of the sword, we’d say it is worth the money invested. Once you get it. You can show it off to both your teammates as well as your opponents.

You can give opponents a taste of a humiliating defeat by slashing through them using the new katana.