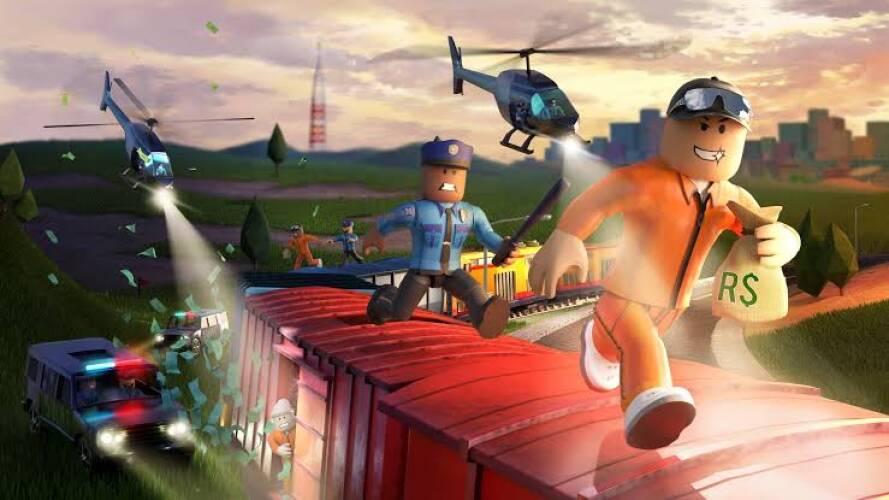 Roblox is a fun game that can be played on PCs as well as mobile platforms including iOS, Android, PlayStation 4, and Mac OS X. You may play a number of games on this website. You’ll find all of the thrills and spills you’re looking for right here.

Roblox is a popular online gaming platform that appeals to individuals of all ages. If you’re looking for a specific sort of game, we’re confident you’ll find it on Roblox.

Almost every game you can think of is probably accessible on the Roblox network. It’s nearly impossible to cover all of these games, especially considering how frequently new ones are released.

Robbing anything in Jailbreak might be challenging at times. In and of itself, this game is one-of-a-kind and tough experience. So we’ve arrived to help you rob the Cargo Ship. Here is our guide on How to Rob Cargo Ship Jailbreak. So, without any further ado, let’s get started.

How to Rob Cargo Ship Jailbreak

The Cargo Ship is a mobile heist in Jailbreak that was introduced with the Cargo Ship update. To rob the Cargo Ship, players must board a helicopter or UFO, lower the rope, fly to the ship, and keep the rope in touch with a cargo crate for around 1.3-2 seconds in order to latch onto the box. Dropping the box into water causes it to despawn, resulting in the player losing the crate.

However, robbing it is made more difficult by the ship’s turrets, one in the bow and one atop the control tower. These turrets launch explosive projectiles at a player’s vehicle, which can injure the player and disable the aerial vehicle in which they are riding.

Players must avoid being struck by rockets as much as possible while grabbing the boxes with the rope, or risk having the helicopter or UFO damaged, losing the crate, or dying at the hands of the turrets.

It is critical to avoid the turrets as much as possible.

After stealing a container, it may be dumped off at a warehouse near the Cargo Port. Players will incur damage and perish if they enter the warehouse. Criminals have the ability to rob two cargo crates on every Cargo Ship. Attempting to acquire and rob more than two boxes will result in the player receiving no money and the crate just disappearing.

Badimo increased the Cargo Ship payment for thieves and police officers by 25% when the Challenger was included in the 5 Days, 5 Vehicles update. The Cargo Ship’s payout was subsequently quadrupled in the Season 4 Mid-Season Update, however, it only appears half as frequently.

1. Flying towards the Ship

Players must get a helicopter or UFO and fly to the Cargo Ship. When players hear a loud horn, it implies the ship is approaching, even if it is already in the area or leaving it, making it difficult to keep track of where it is. Despite this, there is always a marker for the player to determine the position of the ship after the Return of 5 Days of Vehicles Update.

The ship shoots missiles against helicopters, which the players must dodge. It spawns behind an island in the water; players may discover it by flying straight from the Volcano Criminal Base’s entrance and looking to the left.

2. Picking up a Container

When employing a helicopter rope, the rope’s end must come into touch with the container. The operation is automated, but not instant because the rope must maintain contact with the container for more than a second while the boat is in motion.

Players must be cautious of missiles, which may inflict 1/6 of a player’s health and destroy helicopters and UFOs.

After seizing the box, pilot the chopper to a warehouse near the Cargo Port, where players may drop the container and redeem their money. To dump the container, players must either pull the rope up or lower the helicopter or UFO into the warehouse, however, the latter is perilous because descending too far down might result in player damage.

Players can then repeat the process to deliver a second container.

The procedure is similar for cops, except that instead of carrying the container to the warehouse, they merely need to dump it into the sea. The container will vanish, and they will collect 10% of the criminal’s reward.

This procedure may be difficult because the Cargo Ship also shoots at cops. The reward is far worse than robbing it as a criminal, but the police can collect a limitless quantity of it.

That’s all for today’s article on How to Rob Cargo Ship Jailbreak. Do check out all the sections and let us know how this guide was helpful for you while playing the game. Till then, stay safe and follow us for more upcoming gaming coverage.